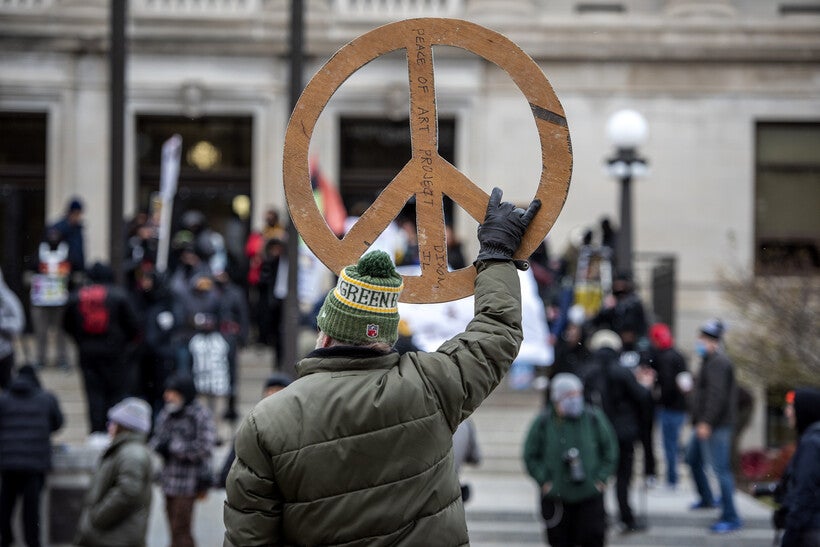 With two mistrial motions still undecided, the jury’s verdict in the Kyle Rittenhouse homicide trial might not be the final say in what happens in the case.

Defense attorneys filed a motion last week for a mistrial with prejudice, saying the state’s cross-examination of Rittenhouse was unconstitutional. On Wednesday, the defense asked for another mistrial based on drone video shown to jurors.

Kenosha County Circuit Court Judge Bruce Schroeder has not ruled on either motion. The jury wrapped up its third day of deliberations Thursday, pushing the trial into Friday.

Rittenhouse, 18, is charged with multiple felonies for killing Joseph Rosenbaum, 36, and Anthony Huber, 26, and wounding Gaige Grosskreutz, now 27, on Aug. 25, 2020 when he came to Kenosha during a police rally following the police shooting of Jacob Blake, a Black resident. Blake is paralyzed from the waist down.

Rittenhouse’s defense team has argued he shot the men in self-defense.

Andrew Martinez, a defense attorney at Martinez & Ruby LLP in Baraboo, said when lead prosecutor Thomas Binger made his closing argument Monday, he focused on the drone video, leaning on the theory that Rittenhouse provoked others to come after him.

If the jury finds that Rittenhouse provoked the men he shot to come after him, then Rittenhouse can’t claim self-defense, unless it was to prevent death or great bodily harm.

Martinez said it’s unusual that the defense would file a second mistrial motion, without prejudice, without knowing how the judge ruled on the first one.

"I feel like the defense is feeling nervous here," Martinez said.

What is even more unusual is that Schroeder has let the jury deliberate for three days, without ruling on either motion, Martinez said.

Schroeder told the court he's taking the motions under advisement, but hasn't made any indication what, or when, he will rule.

Martinez said judges completely disregarding the verdict of a jury is nearly unheard of, but Schroeder could grant a mistrial post-verdict.

"That is antithetical to what almost every judge wants to do," Martinez said. "Judges want to give the parties a reasonable chance to be heard, a reasonable trial and then end it. There are victims, there are survivors, there are deeply interested parties here. And everyone wants this done. So for the judge to like continually put finality in question is very unusual."