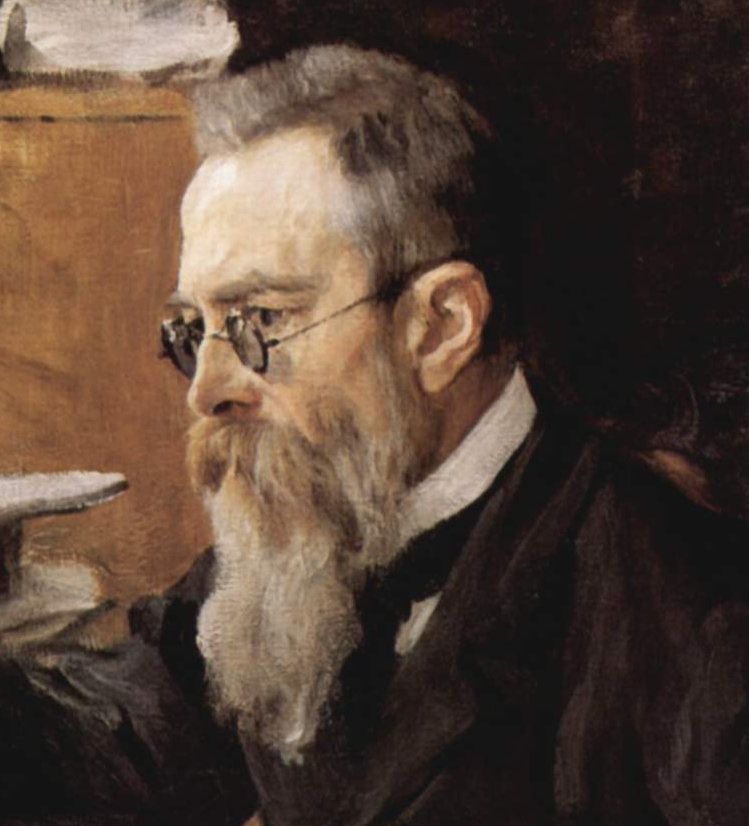 On May 4th 1908, sixty-four-year-old Nikolai Rimsky-Korsakov was telling a friend about a music treatise he had begun and laid aside.  They spoke about the details of composing but, as the evening progressed, the composer and his friend became increasingly reflective.

It was after midnight by the time the evening of music talk came to an end.  His friend moved solemnly toward Rimsky-Korsakov and said, "And now accept this kiss from me--the kiss of Judas, according to Oscar Wilde.  For I am your future biographer, and in Wilde's opinion, the biography of a great man is always written by a Judas."

"Don't believe him, my dear friend," Rimsky-Korsakov replied.  "They're all fools."

Less than a month later Rimsky-Korsakov was dead.  His friend's biography, in the form of journal entries, began publication in 1917.  But only about a quarter of the memoir had seen print when the Revolution cut it short.  It was not until 1959 that the entire biography finally was published.