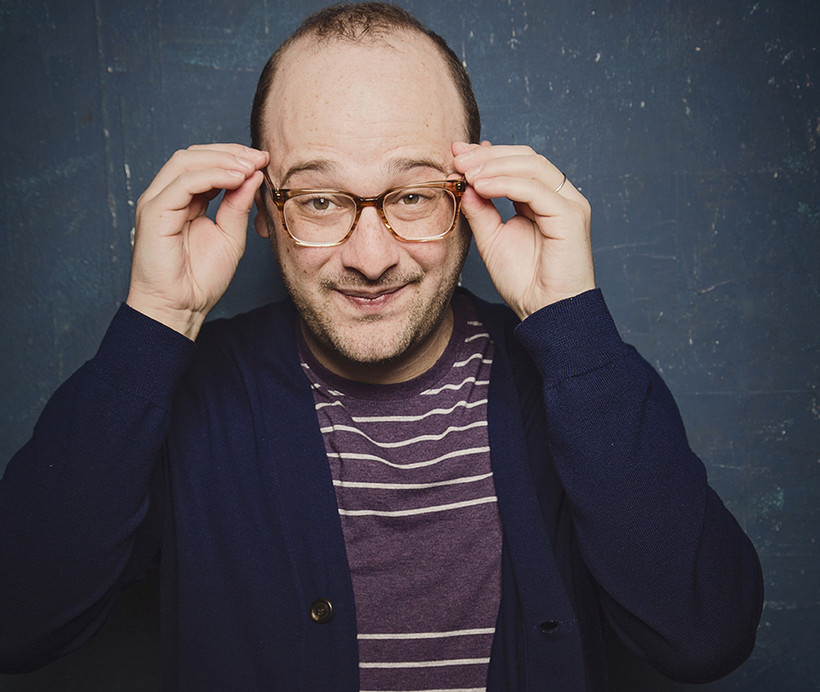 'The nicest man in comedy' delivers laughs and poignant moments in his debut one-hour special
By Doug Gordon
Share:

Editor's note: This story contains language and links that might not be suitable for all audiences.

Josh Gondelman has a reputation for being the "nicest man in comedy."

So, it's very appropriate that his debut one-hour comedy special is called, "People Pleaser."

But there must have been a few occasions when being a people pleaser has backfired on him, and he's regretted it. Right?

"Oh, yeah, for sure," Gondelman told WPR's "BETA." "I was just like such a goober when I was a young person. I really wanted to be there for people and do things that are nice."

Gondelman's random acts of kindness included carrying around a can of Progresso Chicken Noodle soup during high school. If one of his fellow classmates seemed like they were having a bad day, he would offer up the can.

"And in retrospect, that's like a completely unreasonable thing to do," he recalled. "I'm sure people were like, 'What the hell is this guy doing?' Because ... there's no place to heat up chicken soup. No can openers. ... So, I was really just giving them a one-pound weight to do resistance training with as they walked through their day."

Gondelman hadn't performed live in over a year, and that was his biggest challenge when putting together his comedy special, he said.

Just as he was getting ready to start performing live again, Comedy Dynamics asked if he could be ready to record an hour-long special in a month.

"It was going from only doing Zoom shows and the very occasional outdoor show to working up my sea legs to being on stage at all, to figuring out like what it looks like to do an hour with some material that I've never performed in person, some material that I had started writing a few years ago after my last album came out."

Unlike a lot of other comedy specials which record two or more sets, Gondelman got it all on the first take.

"I was like, 'OK, I've got four weeks to ramp up, and then I have this one night where I have to execute this performance, and then I've done it.'"

Besides delivering lots of laughs about various subjects, much of his one-hour set is based on his own personal life, which got us wondering how much of his personal life he is willing to share with his audience.

"I feel pretty comfortable sharing a lot of things about my life," he said.

But he also wants to make sure the people in his life, whom he talks about in his comedy routines, feel he's being fair to them.

For example, his wife, Maris, might respond to one of his jokes saying he misunderstood or misrepresented her.

"And I go, 'Oh, well, then I should reconsider too, to treat you more fairly when I represent you on stage. I can write another joke, but my wife is the person I spend every day with and in a pandemic, all day, every day."

Near the end of "People Pleaser," Gondelman shares a very beautiful, very poignant and funny story about the moment that he knew he wanted to be with his then-girlfriend forever.

"It was the day of my grandmother's funeral, and it was an intense day," he recalled.

He and Maris went into Boston to hang out with some friends. FULL DISCLOSURE: He was doing shows that he'd already booked in Boston, and he had not canceled them.

"And on the way into the city, we heard "Caress Me Down" by Sublime, which I think is kind of a goofy song," he said. "It is a song that is like too sexually explicit. It's phenomenal that it gets played on the radio. I think part of it is that some of the very sexual stuff is in Spanish and the people in Boston are like, 'None of us know what that means, guy.'"

On the way back to Gondelman's parents' home in the suburbs, they heard "Caress Me Down" again and Maris is singing it to him. And at one point in the song, the singer says, "When she kiss my neck and tickle me fancy."

"And I just said, 'Anything you want, kiss your neck, rub your feet. You've been there for me today and anything I can do for you to reciprocate, of course I will, without thinking about it.'

"So I leaned in to kiss her neck and she kind of turns her head to look at me and goes, 'And tickle me fancy!'"

Gondelman said it was one of the hardest laughs of his life.

"It was such a beautiful moment. And just her doing this bit on such an emotionally loaded day and just knowing that it would be delightful to me ... I was just like, 'Oh, this is one of the most special people that I've ever met, and I love her so much. And I am just so grateful for this relationship.'"