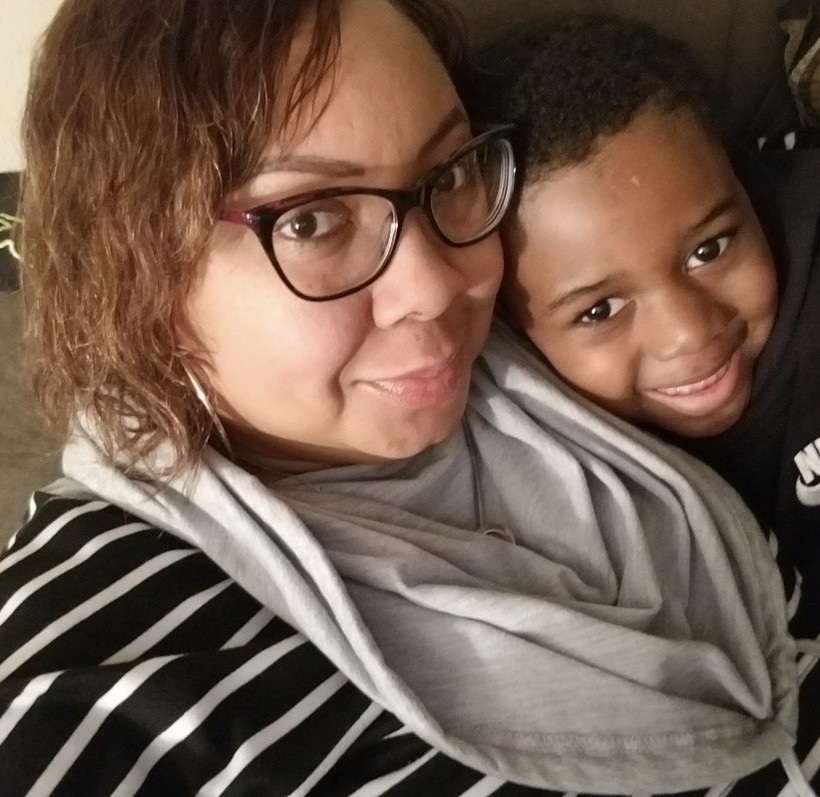 Adrienne Lathan, left, spent six days in the hospital due to complications from COVID-19. Now the Milwaukee native says she's focusing on her health, so she can be there for her grandson. Photo courtesy of Adrienne Lathan.

'It's A Pain I Can't Even Describe': Milwaukee Woman Shares Her Experience With COVID-19

Days After Being Discharged From Hospital, Adrienne Lathan Lost Her Father To The Disease
By Megan Hart
Updated:
Wednesday, April 29, 2020, 10:00am
Share:

When Adrienne Lathan felt like she was coming down with a cold in mid-March, she had no idea what the next month had in store for her.

More than a week after she started feeling under the weather, the Milwaukee native tested positive for COVID-19. The disease took her father shortly thereafter. It’s not easy for her to talk about the last month, but it’s important, Lathan said.

Lathan believes there are lessons to be learned from the stories of people who’ve faced the new coronavirus and come out the other side, she said.

Her own story began the week of March 16, when she thought she might have caught a cold from her grandson. The 48-year-old works in the technology department for Milwaukee Public Schools. The same week she started feeling sick, the district closed its facilities in an effort to slow the spread of the new coronavirus.

Like many other Wisconsinites, Lathan started working from home. She called in sick to her part-time job at a dance company, not wanting to spread what she thought was a run-of-the-mill bug. 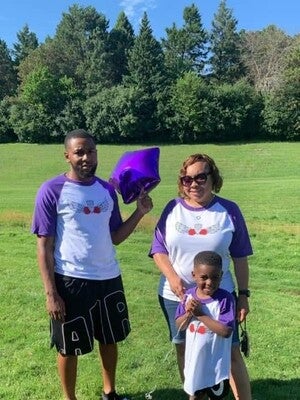 Lathan used over-the-counter medications to manage her symptoms, but they still seemed to be getting worse. That’s when Lathan contacted her primary care physician. She has asthma, so her doctor advised her to use her inhaler four times per day and to self-quarantine.

On March 24, more than seven days after she started feeling sick, Lathan called her doctor again. She was having shortness of breath, a dry cough, headaches, body aches and congestion. Her doctor decided it was time for her to get tested for the flu and the new coronavirus.

COVID-19 and the flu can manifest similarly. The new coronavirus typically causes fever, cough and shortness of breath, but it can have other symptoms too. In fact, the Centers for Disease Control and Prevention recently released an updated list that includes headaches, sore throat and the loss of taste or smell.

Lathan's doctor called the following morning to tell her the flu test came back negative. Her coronavirus results were pending. But by that evening, the pain became unbearable, Lathan said.

"My entire body was hurting, my eyes were hurting from the headache and I just couldn't take it anymore," she said. "It was just too much to deal with."

On her doctor’s orders, Lathan, who lives on Milwaukee's northwest side, was admitted to Columbia St. Mary's Hospital in Milwaukee.

A chest X-ray showed she had pneumonia in both lungs, she said. She was given fluid, potassium and antibiotics. She was later treated with the drug hydroxychloroquine, which is typically prescribed for malaria patients.

Lathan was in the hospital for six days, only interacting with health care workers. Her family and friends weren’t allowed to visit, but she had her cell phone, she said. She could call them, but she wasn’t always up for it.

At times, her headache was so bad she needed the lights off. It was like "a migraine times five," she said.

There were ups and downs. Lathan didn’t need to be put on a ventilator, but there were scary moments. Her fever reached 102 degrees and her blood pressure spiked to dangerous levels, she said.

"There was one day they even thought they were going to lose me," she said. "When I came to, the response teams were standing over me."

Once her oxygen level, fever and blood pressure stabilized, Lathan was released from the hospital. She was given cough and headache medicine. She’s still on oxygen, she said. Now she’s focused on her health.

"I'm fighting to just stay here to be with my son and grandson," she said. 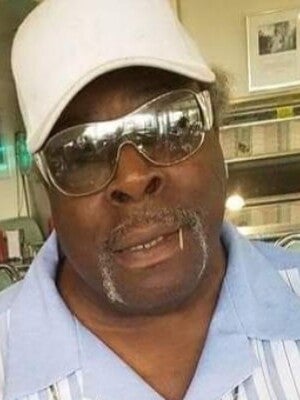 Jerald Coleman, 71, died from complications of COVID-19. Adrienne Lathan described her father as a family man. He was also a veteran of the Vietnam War. Photo courtesy of Adrienne Lathan

One of the lessons Lathan hopes people will take away from her family’s story is the importance of maintaining their health, she said. She encourages anyone with the ability to establish a relationship with a primary care doctor to do so.

There's a lot of confusing information out there related to COVID-19, said Dr. CC Sharma, a family medicine physician with Ascension in Greenfield. Having a primary care doctor can make it easier to get your questions answered, whether you want to know how to protect your family or if it's safe for you to take immune-boosting supplements, she said.

"Those are all things that I think can be swiftly answered when you already have a relationship there," she said.

In addition to working at a respiratory clinic, Sharma has recently started seeing more patients online. Even though office visits are limited due to the new coronavirus, it's still possible to establish a primary care doctor through telemedicine if you don't already have one, she said. A general practitioner isn't required in order to be screened or tested for COVID-19, Sharma noted.

Lathan also wants people to understand the importance of good hygiene and social distancing, she said.

Milwaukee has significantly more confirmed COVID-19 cases than anywhere else in Wisconsin, according to the Wisconsin Department of Health Services. Lathan knows many people who’ve been affected by the disease, she said.

Unfortunately, her own father didn’t make it through his fight with COVID-19.

Jerald Coleman, 71, died April 4, days after testing positive for the new coronavirus. Coleman, a veteran of the Vietnam War, suffered from several health issues, Lathan said. A close friend of Lathan's died from the virus the same day her father was laid to rest.

"It's heartbreaking," she said. "What really disturbs me the most is that people aren't taking this serious."

Lathan described her late father as a family man. He was a proud grandfather and great-grandfather, she said. Due to visitor restrictions at the hospital, his family had to say their goodbyes over FaceTime. They were able to hold a small service, with only immediate family members, the pastor and a singer in attendance, Lathan said.

Since Lathan lost her mom 14 years ago, her father had been in mourning, she said. Now she believes they’re back together again.

"That was the love of his life," she said.