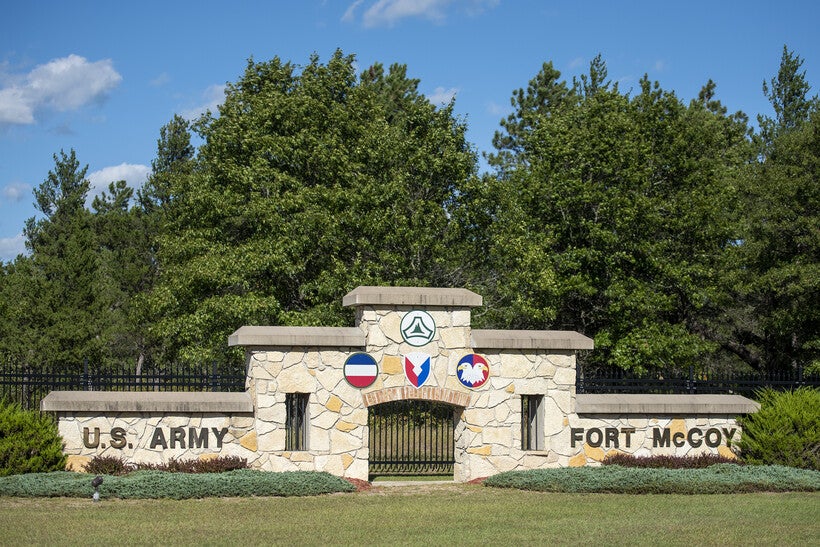 'It feels like I am free': Afghan journalist reflects on journey to Fort McCoy, relief of being resettled in US

Khwaga Ghani said she never imagined having to flee her home country of Afghanistan.

Ghani is a journalist and was NPR’s producer in Afghanistan for several years before the Taliban takeover of the country.

"I love my country, I always wanted to serve my country. I wanted to work there, report from there, tell people how we are, what our culture is. Tell everyone, 'This is Afghanistan, this is the Afghan people,'" Ghani said during an interview on WPR’s "The Morning Show."

Ghani said she became afraid for her and her family’s safety when the Afghan government fell to the Taliban and quickly decided to find a way to leave the country.

"The day the Taliban took over, I was working and I had to leave my work and start running towards home," Ghani said. "When I got home, I started planning on leaving and I got in contact with all of my friends: NPR, whoever was trying to help me to evacuate."

She said her family stayed at a safe house for journalists for several days before going to the airport in Kabul, where they stayed for two nights, sleeping on the ground without a blanket.

Ghani and her family eventually made their way to Fort McCoy where they stayed while finishing the immigration process. She said day-to-day life on the base was different from her normal life and it was challenging not to be able to work.

Ghani told WPR that she tried to stay busy by joining community groups set up for professional women and journalists, attending meetings and talking with staff from the U.S. State Department and others working on the base.

"Those were the simple and the small things that I really missed ... All we had was just a piece of bread two times a day, not three. We are so used to bread, we have bread in every meal," Ghani said. "There was a 24-hour place where they used to give us tea, coffee and stuff. And whenever I would go there, I wouldn’t find tea bags."

But Ghani said she doesn’t want to complain about the shortcomings of living on the base.

"They did all that they could. There were so many people, like 13,000 people are a lot of people to take care of. But they did whatever they could," Ghani said.

Ghani and her family were finally able to leave Fort McCoy on Oct. 8. They’re now living in California where Ghani will soon start a journalism and human rights fellowship at the University of California, Berkeley.

She said she’s still waiting to receive her work permit, but being off the base is a relief.

"It feels like I am free now. Because when I was at the base, I couldn't meet anyone, nobody could come and visit me or I couldn't get out from the base at all. So it’s kind of feeling OK now, that I really am in the U.S." Ghani said.

She’s also still waiting to be reunited with the luggage she brought from Afghanistan, which included important documents, letters of recommendation from former employers and all of her reporting equipment.

Ghani said when she sees the news out of Afghanistan now, she gets upset about the current state of her homeland.

"I thought we were going forward, but now we’re going backwards. Everything was different when I was there and what I hear now is a totally different environment," Ghani said.