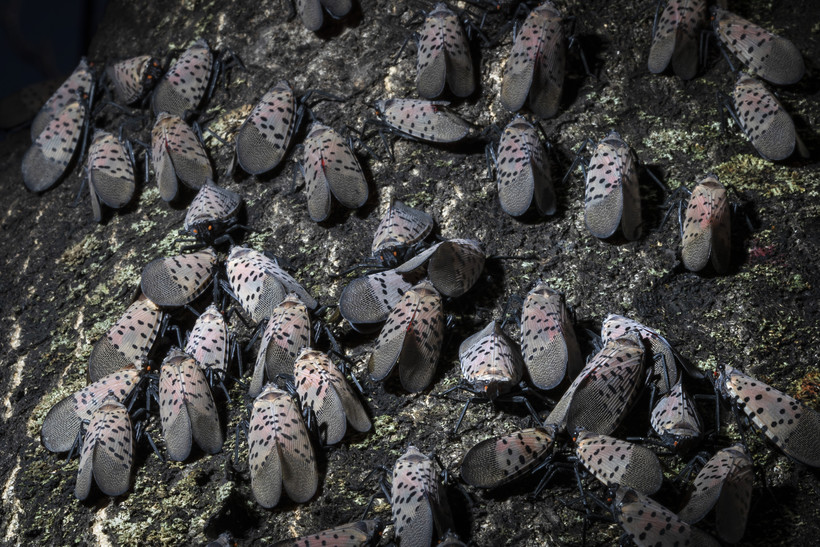 Spotted lanternfly gather on a tree on Sept. 19, 2019, in Kutztown, Pa. The spotted lanternfly has emerged as a serious pest since the federal government confirmed its arrival in southeastern Pennsylvania in 2014. AP Photo/Matt Rourke

Pest found its way to Pennsylvania in 2014; now has appeared in 12 states
By Jonah Beleckis
Share:

A new invasive insect is moving across the nation toward Wisconsin, with one expert saying it’s only a matter of time before it reaches the state.

Native to China, the spotted lanternfly first showed up in Pennsylvania in 2014. It has since been found in 12 states. The U.S. Department of Agriculture says the species "could seriously impact the country’s grape, orchard and logging industries" if it continues to spread.

Economists from Penn State’s College of Agricultural Sciences estimate the spotted lanternfly could cost their state’s economy at least $324 million annually and about 2,800 jobs.

P.J. Liesch, manager of the University of Wisconsin-Madison Insect Diagnostic Lab, recently joined Wisconsin Public Radio’s "The Larry Meiller Show" to discuss the insect and its potential effects on the state. 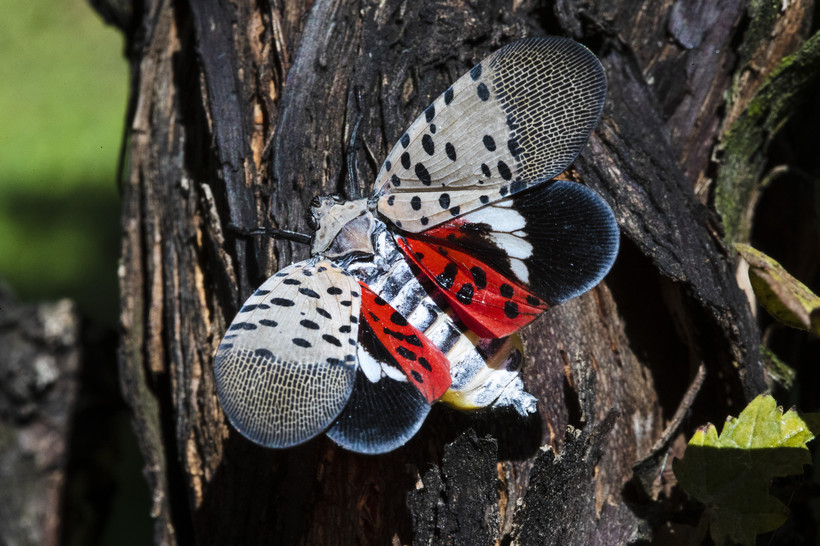 This Sept. 19, 2019, file photo, shows a spotted lanternfly at a vineyard in Kutztown, Pa. Pennsylvania has started using insecticide on spotted lanternflies, a new strategy that state officials are using in an attempt to slow the spread of the invasive pest. Matt Rourke/AP Photo

The spotted lanternfly is like a giant aphid in how it has a needle-like mouth that can drink from plants, he said. Hundreds or thousands of them can feed on trees or grapevines, and all the drinking will harm the plants.

Liesch said the feeding can lead to a "pretty messy situation all around" because of how they excrete honeydew, which is excess sugar in their waste. Mold can grow on that, too.

The spotted lanternfly feeds on a broad range of plants, Liesch said. Experts have documented at least 70 plant species. He said he hasn’t heard as much concern about field crops or vegetables. They usually go after trees.

"Think of cherry trees in Door County and apple orchards," he said. "We know fruit trees can be at risk. But an even bigger concern for us at the bigger picture level is grapes. This insect really, really is fond of grapes. So, grape growers and the vineyard industry here in the state and in the Midwest is probably going to have to deal with this insect in the not-too-distant future."

Liesch said these insects are great hitchhikers. They can find their way on cargo shipped from the East Coast. He said the spotted lanternfly is similar to the spongy moth in how it can lay eggs on non-plant material, such as the underside of a vehicle or a truck loaded with pallets.

There have been a small number of instances where dead spotted lanternflies have been found in goods shipped to Wisconsin, he said, recalling one time last year when one was found dead in a southern Wisconsin warehouse after coming from southeastern Pennsylvania. 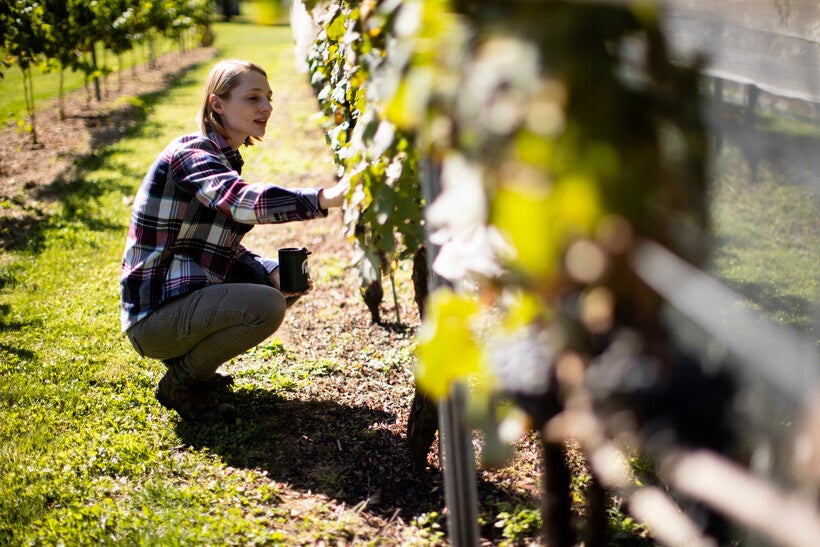 Heather Leach, an entomologist who does lanternfly outreach at Penn State Extension inspects grape vines in Kutztown, Pa. on Sept. 19, 2019. The spotted lanternfly has emerged as a serious pest since the federal government confirmed its arrival in southeastern Pennsylvania in 2014. AP Photo/Matt Rourke

So, what should happen if — or when — they make it to Wisconsin?

Some states with the insects are calling on residents to kill the bugs, sometimes by holding events or developing an app to track kills, The New York Times reported recently. Those calls are receiving some pushback for reasons that include animal rights or questioning how harmful the flies can be.

Liesch said Wisconsin vineyard managers may need to spray insecticides a lot. But he said the spotted lanternfly is pretty mobile, making it hard to stop.

Another method is sticky bands that wrap around tree trunks to prevent the insects from walking up the tree. However, Liesch said there is concern the bands could adversely affect birds and squirrels.

"It is definitely a challenging pest to deal with," he said. 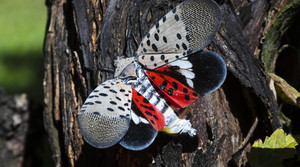 A spotted lanternfly was seen just north of Detroit last week. We talk with one of our regular insect experts about what the sighting of the invasive species might mean for Wisconsin farmers and gardeners.