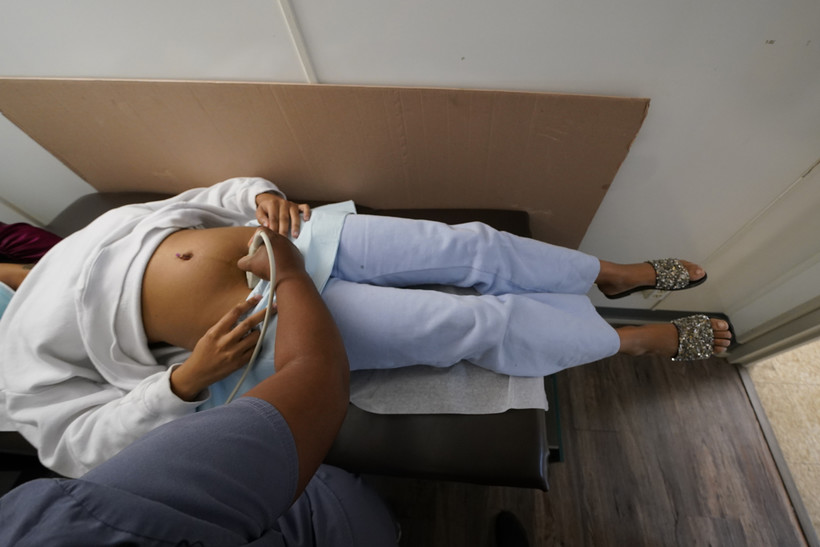 A woman has an ultrasound to verify her pregnancy inside the Hope Medical Group for Women in Shreveport, La., Friday, April 15, 2022. Gerald Herbert/AP Photo

If Roe v. Wade is overturned, what will it mean for pregnancy loss care in Wisconsin?

Restrictions on abortion could create a 'chilling effect' for patients seeking care for miscarriages and ectopic pregnancies
By Bridgit Bowden
Share: 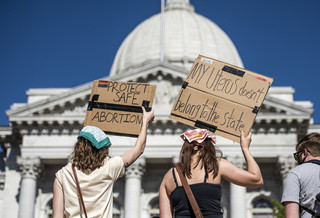 The potential of a state abortion ban has some people wondering if treatment for miscarriages or ectopic pregnancies could be affected.

In early May, a leaked draft opinion from the U.S. Supreme Court suggested it may be poised to overturn Roe v. Wade. If that happens, a Wisconsin law first enacted in 1849 could criminalize nearly all abortions in the state, making it a Class H felony for anyone other than the mother to "intentionally (destroy) the life of an unborn child."

SCOTUS is expected to rule on abortion access and the future of Roe v. Wade this summer, which is why a Wisconsin Public Radio audience member recently reached out, asking us if miscarriage care would be affected.

"My daughter recently suffered a miscarriage," they wrote to WPR’s WHYsconsin. "She ended up having to have a (dilation and curettage procedure). She was devastated and is still grieving. Would this ... procedure be considered an abortion?"

Amy Domeyer, an OB-GYN and vice chair of the Wisconsin section of the American College of Obstetricians and Gynecologists, or ACOG, said the organization is working to clarify what the 1849 law would actually mean for miscarriage care as well as care for ectopic pregnancies, or pregnancies that form outside the uterus.

"A lot of us are talking now about how we ensure that the care we provide would comply with the law but also take the best care of patients," she said.

Domeyer said although some medications and procedures used to treat pregnancy loss are the same as those used for abortions, miscarriage and ectopic pregnancy care should not be affected if the 1849 law takes effect.

"Those are not abortions," she said, adding that ACOG is currently working to spread this message to doctors, pharmacists and other stakeholders. The goal is to make sure patients can be treated "without fear of litigation," she said.

Miscarriage management or removal of an ectopic pregnancy shouldn’t fall within even the strictest interpretation of the 1849 law, said University of Wisconsin-Madison law professor Miriam Seifter. Still, she said that gray area could create a "chilling effect" on patients or doctors involved in care that could be construed as an abortion.

"It's understandable that a lot of people would feel like they needed to proceed with caution and would be concerned about potential ramifications in a legal landscape that really hasn't been clarified yet," she said.

Wisconsin’s abortion laws are a "tangled set of provisions," Seifter said, with a number of "outstanding legal questions about how to make sense of them." She expects there will be ongoing debate about the state of legal abortion if Roe v. Wade is struck down.

Dana Sussman, acting executive director of the National Advocates of Pregnant Women, echoed the concern of a potential chilling effect, adding that there could be an extra layer of confusion if someone attempts to end their own pregnancy.