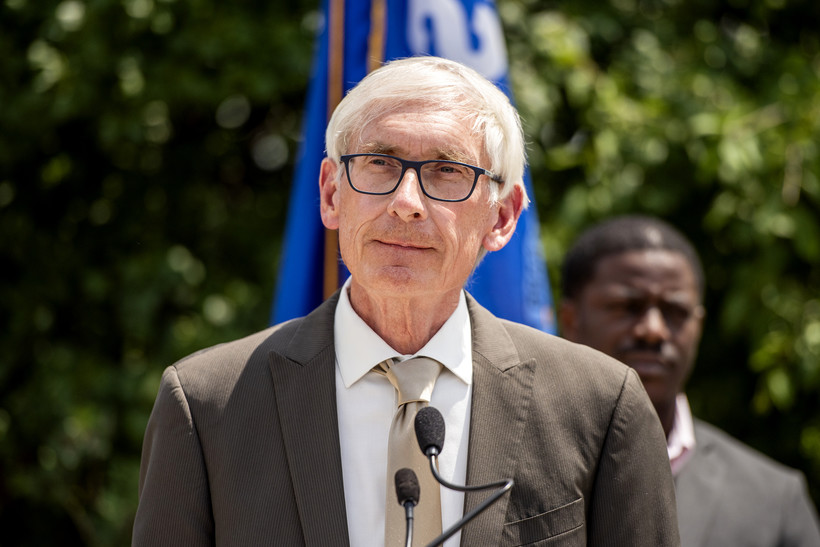 'I Think The Governor Wins': Experts Weigh In On Political Spin Of State Budget

Evers Signed Budget With Major GOP Priorities, But It May Strengthen His Reelection Bid
By Laurel White
Share:

The budget Gov. Tony Evers signed last week contained a number of Republican priorities and few of his own policy proposals, but some experts say signing the spending plan may have given the governor a powerful message for his 2022 reelection campaign.

Whoever Evers’ opponent turns out to be, political experts agree political "spin" of the state budget will be part of the campaign. Evers has already shown he plans to campaign on the budget’s more than $2 billion tax cut, while Republicans have pushed back on the governor claiming the cut — which they proposed — as his accomplishment.

Mordecai Lee, former Democratic state lawmaker and professor emeritus at the University of Wisconsin-Milwaukee, said he believes voters will give the governor credit for the tax cut.

"I think there’s no doubt that, in terms of messaging — because, after all, politics is about spin, it’s about impressions, it’s not about substance —  I think the governor wins," Lee said during an interview with PBS Wisconsin’s "Here & Now."

Lee said Republicans’ pushback that the governor simply signed a GOP-backed plan and shouldn't be given the credit is too convoluted to resonate or stick with voters.

"That does not fit on a bumper sticker," he said.

Barry Burden, director of the Elections Research Center at UW-Madison, agreed the tax cut will likely play to the governor’s advantage during campaign season.

"He will not be easy to paint as a tax-and-spend liberal," Burden said. "I think (the tax cut) takes the edge off some of the criticism that Republicans would use."

However, Burden said the tax cut will hardly be the only thing, or even the primary thing, Evers and his opponent focus on during the campaign.

"It does not look like it’s shaping up to be a campaign around a single issue," he said.

Burden said it’s hard to predict what politicians and voters will be focused on more than a year from now, but other campaign issues are likely to include things voters experience on a day-to-day basis, like how schools and road projects are funded. While Evers didn’t get close to what he wanted for the state K-12 budget, he has sole discretion over how millions of dollars in federal coronavirus aid coming to the state will be spent. He announced plans last week to send an additional $100 million in aid money to schools statewide.

Republicans have already been critical of Evers' partial veto of a plan that would have permanently increased the share of money funneled from the state's general fund to its transportation fund. However, the state budget does fund a high-profile transportation project — the long-awaited expansion of I-94 in Milwaukee County — and a large sum of federal aid money is headed to state road projects over the next few years as well.

Other campaign clashes could take shape over the state's pandemic response, Wisconsin’s renegotiated contract with tech giant Foxconn and how Wisconsinites feel about the Biden administration and its policies two years into the president's term.

"I think it’s a multifaceted set of things that are going to be at play in the campaign," Burden said.