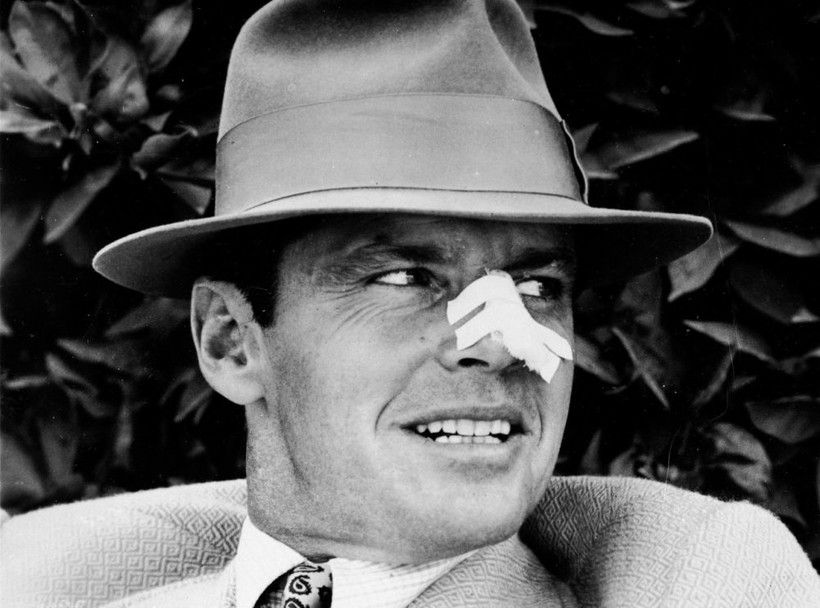 "Towne hasn't had a breakout. He's had some small success," author Sam Wasson told WPR's "BETA." "And Nicholson is although a movie star, not a leading man. So Towne says to Jack, 'I am going to write you a part that will make you a leading man with a love story.' Nicholson's response was 'Whatever you want, Beaner,' which is what he called Towne."

As Wasson writes in his book, "The Big Goodbye: Chinatown and the Last Years of Hollwood," Towne wanted Nicholson to play a different kind of detective than what moviegoers had seen in film noir and previous detective films.

"If you look at the tradition of (Raymond) Chandler, the most famous writer of detective fiction, certainly one of most famous writers of L.A. fiction, his guy, (Philip) Marlowe had a real morality," Wasson said. "He was noble. In fact, Chandler even thought of him as sort of a modern-day knight and urban knight."

"Towne wanted Jake, (Nicholson's) character, to be sort of a scoundrel, a guy who was really in business, who didn't really care, didn't really have a sense of personal values ... in a way Towne put it, he would do divorce work, which is dirty business," he added.

Wasson explained that Marlowe would never do divorce work and that Towne's vision of the J.J. (Jake) Gittes character would give Nicholson an arc to follow throughout the film.

"He would start as this sort of venal louse and turn into a guy who really has to learn to stand up for something," Wasson said. "Those of us in Hollywood have to deal with this question of, are we doing divorce work? Metaphorically. I mean, are we doing good work or are we just earning a buck? So it was a story that was close to Towne, close to everyone that Towne worked with, everyone in Hollywood."

Towne decided he wanted to write a screenplay about the Los Angeles he remembered growing up in as a child, in 1969 — before pitching it to Nicholson. "And the impetus for his nostalgia was the Manson murders, the Tate-LaBianca murders, which changed the city literally overnight. A lot of people use 'overnight' to mean maybe a couple weeks, but this is literally overnight," Wasson said.

Towne based "Chinatown" on the true story of the California water wars. During the 1920s, agents from LA pretended to be ranchers and farmers and purchased land in the Owens Valley area. Residents discovered that LA interests now owned a lot of their water rights. The city used an aqueduct to drain the water from Owens Valley in order to help LA grow.

When Towne learned about this history, he realized LA was built on a crime.

The film also has a shocking twist ending that Wasson said drives the point home that the movie is personal, not just political.

"I do think it's important, obviously, because it talks about how corruption is not just political. It is personal. And a man like Noah Cross will corrupt anything," he said. "It really drives the story home for those people who up until that point have been watching a movie about California water rights. It says, actually, this movie is about all of us. It is about the dangers of power down to the domestic. I don't think anyone saw that coming."