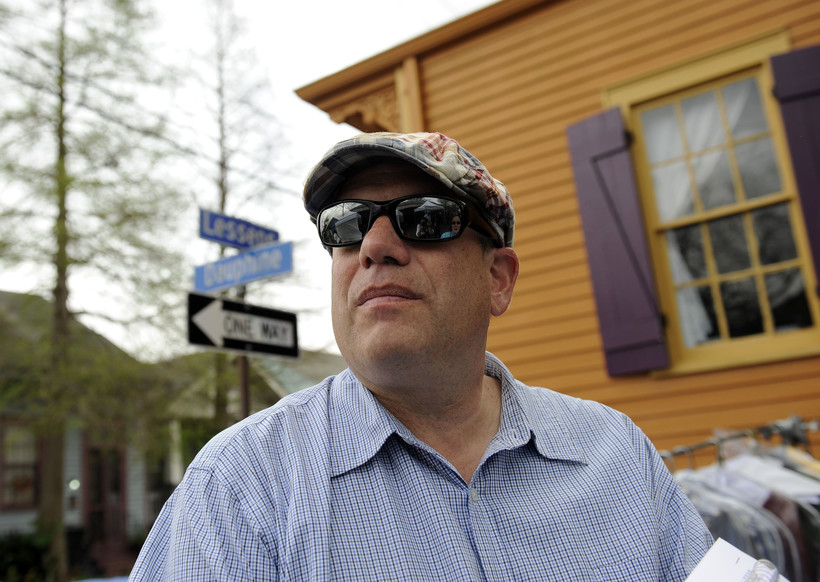 When "The Wire" first aired in 2002 it delivered a lot of critical acclaim, but had very little fanfare. Ironically, the show’s popularity has grown exponentially since it ended its run 10 years ago and is now considered to be one of the best shows in television history. One reason may be the show’s ability to address and even presage societal concerns that are still relevant today.

Author Jonathan Abrams has written a new oral history of the show, "All the Pieces Matter: The Inside Story Of The Wire." Using countless interviews from the creators, actors and executives that made the show, the book traces the history of the show’s development and the twists and turns that followed.

Created by Baltimore Sun Journalist David Simon and Baltimore Homicide Det. Ed Burns, "The Wire" was a literary treatment — on a Dickensian level — of the decay of American cities. Chronicling a different institution for each season of the show, Simon found an entry point for his societal arguments via the medium of television.

"I think (Simon) envisioned it as a way to reach the masses with his arguments. He had already written a couple of non-fiction books and the audience that’s going to read a book is only so large. So many more people watch television," Abrams told WPR's "BETA."

The themes that the show addressed were not unique to Baltimore and that offers a glimpse at its appeal.

"It could’ve been located in Los Angeles or New York. I think the problems that David Simon was trying to show are universal throughout our country so I think it could’ve worked in other cities," said Abrams.

Simon and Burns treated the show like a novel instead of traditional television show. This format is something that is commonplace today, but unheard of when they sent a treatment of the series — dubbed the show Bible — to HBO executives for consideration.

To effectively pull this off, Simon and Burns invited several renowned novelists (Dennis Lehane, George Pelecanos and Richard Price) to join the writing staff. The change from the isolated work of writing a book to the collaborative nature of scripting a television show led to many heated arguments in the writers’ room.

"In talking to David Simon and his co-creator Ed Burns, it was a wonder to me that they got any work done because it just seemed that they argued so much," Abrams said.

Abrams laughs, recalling a favorite quote from Simon about his attitude in defusing disagreements in the writers’ room with Simon saying, "I could agree with you but then we’d both be wrong."

That hard work and turmoil helped create a show with a lasting legacy.

"The Wire" is taught in schools and it was former President Barack Obama’s favorite show. It is also considered something of an oracle for diagnosing some of the societal ills still haunting us today. The show accurately predicted the decline of the newspaper industry and its depictions of police dysfunction offered a gloomy foreshadowing to the death of Baltimore's Freddie Gray.

"If you look around right now, we’re still debating the war on drugs or you see what happened a couple of years ago with the sad death of Freddie Gray, and it’s almost like 'The Wire' is going to be relevant until some of these issues and challenges we face as a society are addressed accurately," Abrams said.

All the Pieces Matter: The Inside Story of The Wire

All the Pieces Matter: The Inside Story of The Wire®