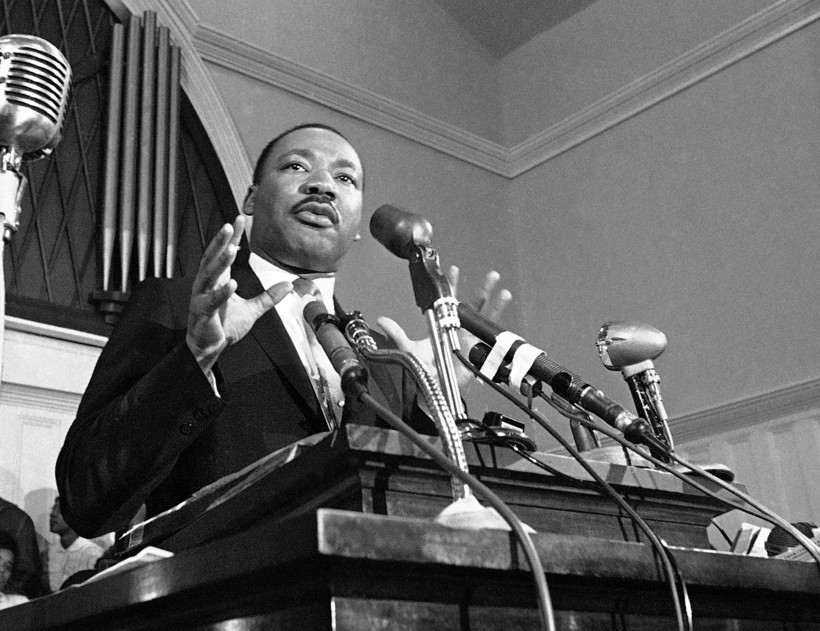 Recently, that included "Three Spirituals" by living American composer Dr. Adolphus Hailstork, whose work has been receiving (and deserves) more airplay over the past few years.

Florence Price's music is featured throughout the year, and this year's MLK Day playlist also included her "Violin Concerto No. 2." Price has a fascinating story that I wrote about in 2018, and this particular concerto was found in a building south of Chicago that was about to be demolished. Thankfully the score, along with others, found its way to an archive in her home state of Arkansas, where it was eventually recorded to great acclaim.

We also shared a setting by Price of "Song to the Dark Virgin," the poem by Langston Hughes.

Margaret Bonds studied with Price in Chicago, and is known for some stunning piano works. Bonds' "Troubled Water" is a particular favorite, one that's heard not only on MLK Day, but throughout the year.

WPR's classical tribute to King often includes music by Scott Joplin; most recently, it was his "Bethena Waltz." Ed Bland, an African American composer from the South Side of Chicago was featured, as was Dolores White, also from that neck of the woods.

Honoring King through music may also mean including black composers from outside the United States, and/or outside the 20th century.

One such piece heard recently is an uplifting suite by 20th century Nigerian composer Fela Sowande, who studied in England and taught in the U.S. Sowande encouraged the incorporation of traditional African music into classical forms, and his "African Suite" of 1930 is an example of that synthesis. The first movement is called "Joyful Day," the second is "Nostalgia," which uses music from Ghana, and the suite closes with "Akinla," which references a popular Nigerian melody.

Joseph Boulogne, Chevalier (Knight) of Saint George was nicknamed the "black Mozart." He was born on the island of Guadeloupe to a French plantation owner and a mother who was enslaved. When Boulogne was 7, the whole family moved back to France, where he received a well-rounded education that included music lessons, especially the violin. He took to it like a duck to water and became well known in Paris not only as a violinist, but as a composer and conductor. Boulogne's music is broadcast year-round, but is generally included on MLK Day.

WPR usually spotlights at least one major classical work on MLK Day. Most recently, that was the "Symphony No. 2 in G Minor - Song of a New Race" by William Grant Still. He was born in Mississippi in 1895 and studied with some of the best classical composers and conservatories, had a Guggenheim Fellowship, and composed in many genres. He finished his second symphony in 1937, not too long after his first one, the "Afro-American Symphony." Still intended "Song of a New Race" to be an extension of the first symphony, with that one depicting the African American not far removed from the Civil War, and the second representing what Still termed "a totally new individual – a fusion of White, Indian and African-American," which reflected his own ancestry.

There are more discoveries and new recordings made every year of black composers. While we feature music in honor of King every year, WPR is committed to sharing more and more music by black composers in regular rotation throughout the year.