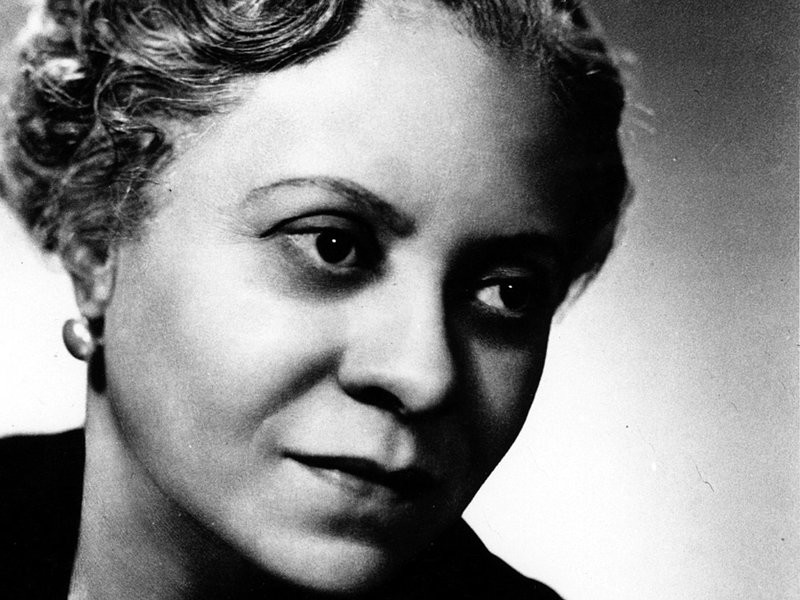 They could have chucked the music into a dumpster, but fortunately the property renovators opted to hang on to the hand-written scores they discovered in an abandoned building. Then the new owners made some inquiries.

It turns out what they had found was orchestral music by the African-American composer Florence Beatrice Smith Price, and those scores eventually found their way to the University of Arkansas and into the hands of conductor and composer Ryan Cockerham.

"My first introduction to her music was actually as a performer of several of her works for string quartet," wrote Cockerham in an email.

Price was born in Little Rock in 1887, went to school in a segregated school system and had her mother for a music teacher. And her mother must have done a pretty good job — Price left Arkansas to study at the New England Conservatory with George Whitefield Chadwick among others. She spent some time in Harlem and settled in Chicago with her family, where she connected with other black composers, published songs and piano pieces and played organ for silent movies.

Price won several composition contests, one of which led the Chicago Symphony Orchestra to premiere her symphony in 1933; she followed that up with a piano concerto, which she played with the CSO a year later.

Price composed about 50 pieces for opera singer Marian Anderson, and had sporadic success after that. She died in 1953, leaving orchestral works unpublished and undiscovered until the two renovators happened upon them in 2009.

Once the music was brought to light, Cockerham and Arkansas Philharmonic Concertmaster Er-Gene Kahng decided to take the initiative and launch an "Arkansas-based recording of an Arkansas-born composer."

"We felt it was important that the debut recording of these violin concertos emerge from musicians and artists from Florence Price's home state," said Cockerham.

"Both pieces display technical virtuosity, genteel lyricism, mastery of the language of Western European classical music, while blending, inserting and asserting a clear homage to her Southern roots," according to Kahng.

And they are gorgeous works.

The two raised money via Kickstarter, found a European orchestra to record with (Janáček Philharmonic) and struck a deal with Albany Records, which released the world premieres last month.

Price's concertos are full of feeling, musicianship and the influences of her culture and experience. The CD also includes a new composition by Cockerham, a fellow Arkansan: "Before, It was Golden" is a tribute to Price's home state.