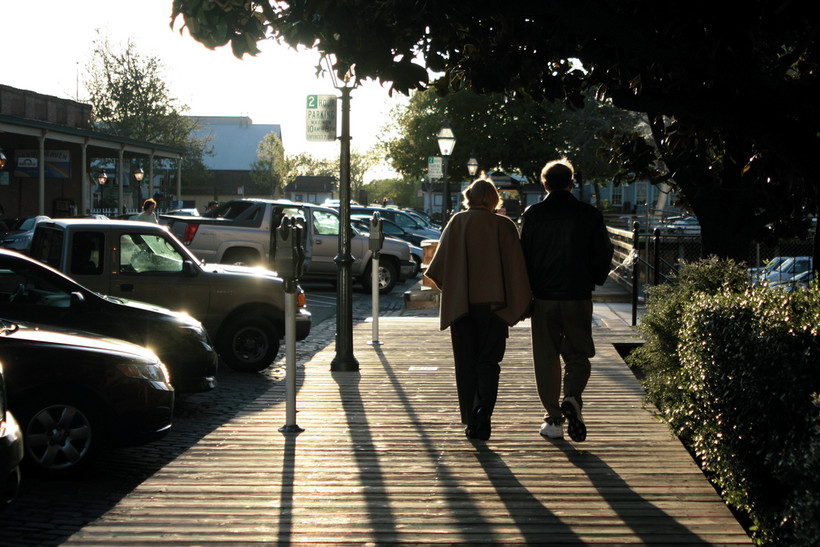 It’s been called an epidemic and can have deadly consequences, but falls among the elderly often get less attention than other pressing health concerns like opioids, obesity and diabetes.

Still, health officials around Wisconsin say falls are taking a financial and physical toll that can’t be ignored, especially in a state that is older than most.

Wisconsin ranks second in fall-related deaths in the U.S. among those 65 and older, with a rate that's twice the U.S. average, according to the Wisconsin Institute for Healthy Aging.

"Our fall-related emergency department visits have also increased over that time and there are many reasons for this but one is just the sheer numbers related to the aging of the population," Mahoney said.

During an Evidence Based Health Policy Project forum in September, Mahoney brought up estimates showing that by 2030, as many as a quarter of the state's residents will be elderly, with fewer younger people to care for them.

"That is going to put a disproportionate burden of falls in our rural, northern population," Mahoney said.

But it’s a concern in every corner of the state. As residents get older, muscle loss and medications can cause instability that lead to an ER visit or nursing home stay.

"Falls are increasing in our county and they’re costly. It is our number one injury," said Barb Michaels with the Aging and Disability Resource Center in Brown County, also a panelist at the September forum. 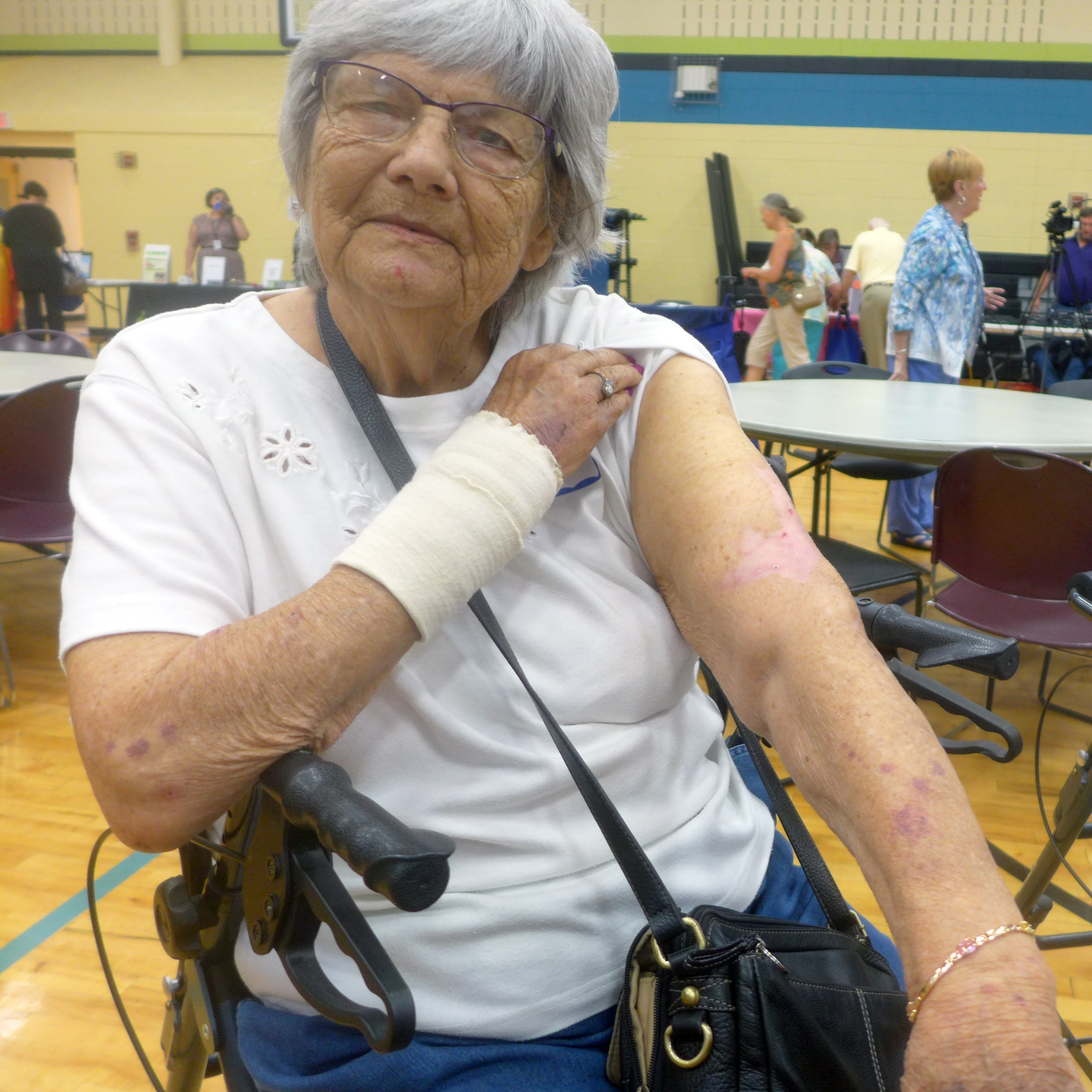 Evelyn Graf, 81, shows off a scar from one of what she says have been many falls. Shamane Mills/WPR

The most widespread fall prevention program used in Wisconsin is called Stepping On. Recently, a group of seniors gathered in a Dane County gymnasium where they learned how to avoid serious spills. Evelyn Graf, age 81, had an elastic bandage on her wrist and was using a walker to get around.

"I have fallen so many times I don’t keep track anymore," she said.

Graf said she's never broken any bones. Her older sister, 82-year-old Gladys Bookhout hasn't been so lucky. She and her husband, Bob Bookhout,  recalled a pair of falls, including an incident where she lost her footing in a parking lot.

"Punctured lung. And a second fall," Bob added. "First fall fractured your right hip, your arm, you tore up the rotator cuff in your shoulder."

"See? I just forgot about all those," Gladys said with a laugh.

While Bookhout recovered physically and with her sense of humor intact, two-thirds of those hospitalized for falls will go to a nursing home for either a short or long term stay, said Mahoney, the UW professor. Some don’t survive.

With Wisconsin’s especially high elderly death rate, health providers want to get more elderly people into falls prevention programs like Stepping On, which teach balance and strength exercises. A UW-Madison study of 3,000 Wisconsin seniors who took the program showed a 50-percent reduction in falls six months after participating.

"In a subsequent study we also found it reduced emergency department visits for falls by 70 percent. So very important," said Mahoney.

But less than 1 percent of those at risk for falls have participated in the Stepping On program.  Mahoney and others say its not lack of interest, but limited public funding that's preventing more elderly Wisconsinites from learning skills that could be life saving.