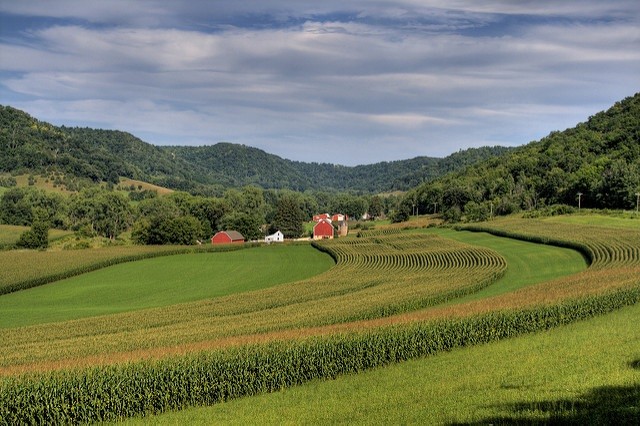 Heavy and frequent rains across Wisconsin continue to be an issue for the state’s farmers.

Last week, the U.S. Department of Agriculture reported 98 percent of the state’s soybeans had emerged, putting this year’s crop 11 days behind 2016.

"2016 was a record production year and a record time to get planted," said Shawn Conley, soybean specialist for University of Wisconsin-Extension. "With the wet conditions we've had, the frequent rainfalls have really put the soybean crop behind."

Heavy rains at the beginning of the season made it hard for farmers to get the crop planted, while continued wet weather has brought soil crusting and a greater risk for root diseases.

"It's just at that point where it's not the prettiest soybean crop," Conley said. "Its behind, its short and its pale green."

But Wisconsin corn has seen improvements despite the wet weather, with 71 percent of the state's crop rated good or excellent by the USDA.

"For the late start it got and maybe not going into the best conditions, it's somewhat recovered," said Tom Gillis, vice president of the Wisconsin Corn Promotion Board. "It's getting to chest to shoulder height, good color. Everyone got sidedress nitrogen put on and it seemed to kind of perk things up."

Gillis said new hybrids and farming methods have improved yield potential for corn, so this year’s crop should still have good yields despite the tough growing conditions.

While farmers wait for better weather, Conley said there is one upside to the challenging season.

"With this inclement weather, in not just Wisconsin but the Midwest in general, we have seen a fairly strong soybean price," Conley said.

Conley said farmers should try to market their crop now, in case better weather brings a glut of soybeans at harvest time.