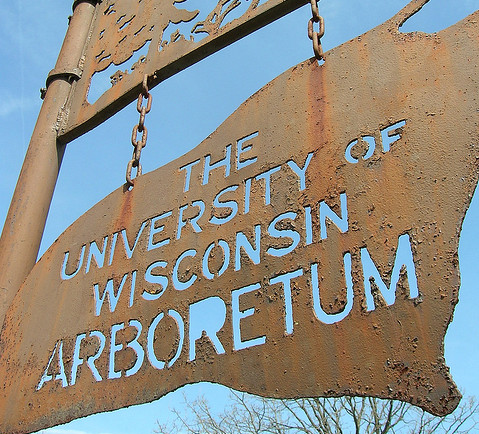 For Madison residents, a stroll through the University of Wisconsin Arboretum is often a great escape from the city that surrounds it.

But, had it not been for a combination of factors in the early 20th century, the land could have been turned into a subdivision and completely changed what the Arboretum looks like today. Now, that failed development lives on as Madison’s “Lost City.”

In 1916, plans were made for a subdivision called Lake Forest on the land now know as the Arboretum.  The plan called for 840 acres of development, which is about two-thirds of the Arboretum’s current land. And while things got off to a normal start, it didn’t take long for things to go wrong.

Kathy Miner, a guide and naturalist at the Arboretum, cites three reasons for the downfall of Lake Forest: land, people and politics.

First, the land purchased for the subdivision was swampland, and while the developers tried to compensate for that when building the foundations, they miscalculated.

“They didn’t use enough fill, and roads literally sank and became covered with water,” Miner said.

In terms of people, Miner cites the operator of the bond company that underwrote the Lake Forest Land Co. Before and after his time in Madison, he was involved in real-estate fraud, and ultimately, caused the company to go under.

The third piece of the puzzle was World War I, which was taking place at the time and drastically affected the national economy.

As a result, the project failed, and the foundations that were built remain as some of the only evidence of Lake Forest.

The land would eventually become the UW Arboretum, and nature would take its toll on the city.

“There are places where you can see concrete edges, and you know you must be walking on an old road, but there are other places that are really, really well hidden, and you’d have to scrape away quite a bit of dirt or leaf duff before you would see any evidence,” Miner said.  “There are a couple of crumbling foundations in the middle of the woods, and if you know where to find them, you can see moss-covered concrete front steps.”

However, Miner cautioned about looking too closely for remains of the Lost City.  Since most of it exists off the Arboretum’s trails, would-be explorers are discouraged from getting a closer look.

“We really don’t want to encourage people to be wandering around back there,” Miner said.  “For their own safety and for the sake of the wildlife and the eco-system.”

That being said, people can see parts of the city from the trails. Once a year, the Arboretum breaks their own rules and hosts an organized, off-the-trails tour into the woods to see the Lost City up close.

It’s hard to imagine what the land would look like today had Lake Forest succeeded.  But Miner said she’s happy to have a “green island” in the middle of the city, instead of more city.

Chances are that many Madison residents today would agree with that.