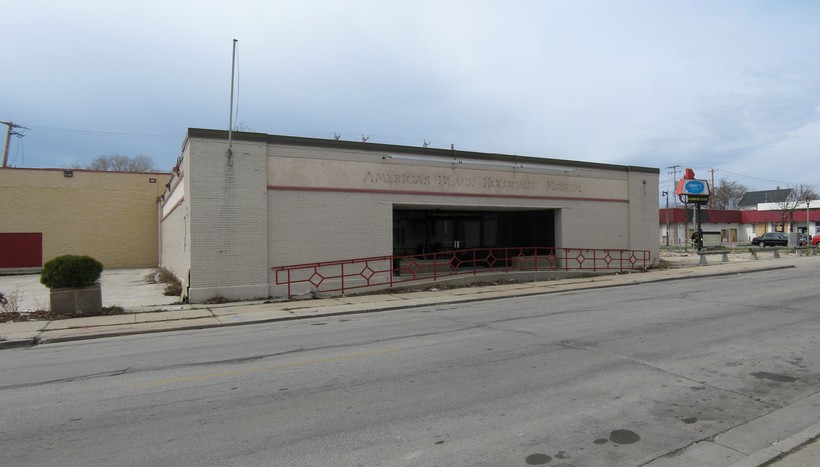 The site of the original America's Black Holocaust Museum, which will be torn down for development of the museum's new space on the ground floor of a building that will also include more than 40 apartments.

First Physical Space For Museum In About A Decade
By Chuck Quirmbach
Share:

Ground has been broken in Milwaukee for a mixed-use development that's slated to be the new site of America's Black Holocaust Museum.

Lynching survivor James Cameron founded the museum 30 years ago, to look at hardships faced by African Americans, dating back to the first slave ships. The building closed not long after Cameron passed away in 2006.

It's been an online, or virtual museum since. But museum Head Reggie Jackson said people want a physical space, "Because they want to see the artifacts. They want to get the tours from our griots like they did before. We want to create a space that's a safer place for people to have conversations about these difficult topics."

The Black Holocaust Museum is still raising money, in hopes of opening its doors next year. Jackson said he understands it can be difficult for museums to stay open.

"So you have to kind re-invent yourself to a certain extent," Jackson said. "You have to offer something other than just that physical space. You have to broaden your horizons as an organization.So we kind of studied what other similar organizations have done, in terms of museums that have been sustainable."

Jackson said he's seen a resurgence in people wanting to come together to talk about slavery, racism and other concerns.

America's Black Holocaust Museum will be on the ground floor of a building that will also include 41 apartments. The complex will be on the site of the now-closed museum building, which will be torn down. The development will be just north of downtown Milwaukee.