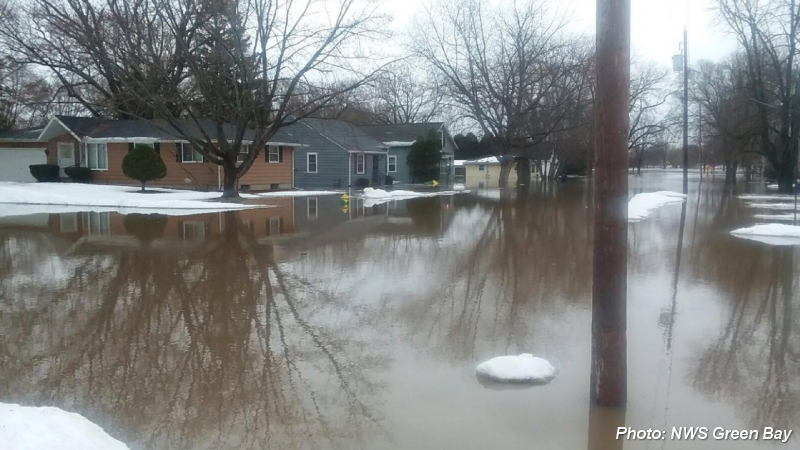 A new position in Green Bay would aim to help the city deal with the effects of climate change.

Mayor Eric Genrich in his proposed budget for 2020 would create a city resilience coordinator. The position would focus on the creation of green infrastructure as a part of the city’s efforts to reduce or mitigate flooding.

The seriousness of flooding as a threat to the city was brought home to Genrich shortly before he was sworn in as mayor. In March, more than 100 people were displaced from their homes and millions in property damage was reported when the city’s East River flooded into residential areas.

Meanwhile, 2018 and 2019 have been the city’s two wettest years on record. Water levels on Lake Michigan have been at historic highs, and the city has even experienced "sunny day" flooding — that is, flooding caused by winds over the bay rather than a major storm.

"We’re just not sure if that’s the case any longer (or) if we are on a trend of increased rain amounts, more severe weather events and increased water levels," he said.

While other city departments such as public works do consider flood mitigation, the resilience coordinator would work to develop infrastructure features that help to prevent floods, as well as to coordinate efforts among neighboring cities and county government, Genrich said. That might mean the creation of rain gardens and bioswales, and it might mean making sure development happens in a way that takes flood prevention into account.

"I think folks are looking for concrete changes in the built environment of the city of Green Bay that will make them less vulnerable to rising water levels," Genrich said.

Genrich pointed to efforts in Milwaukee to establish green infrastructure, and said the position would also help the city transition away from fossil fuels and into renewable energy.

The City Council is expected to vote on the budget next week.