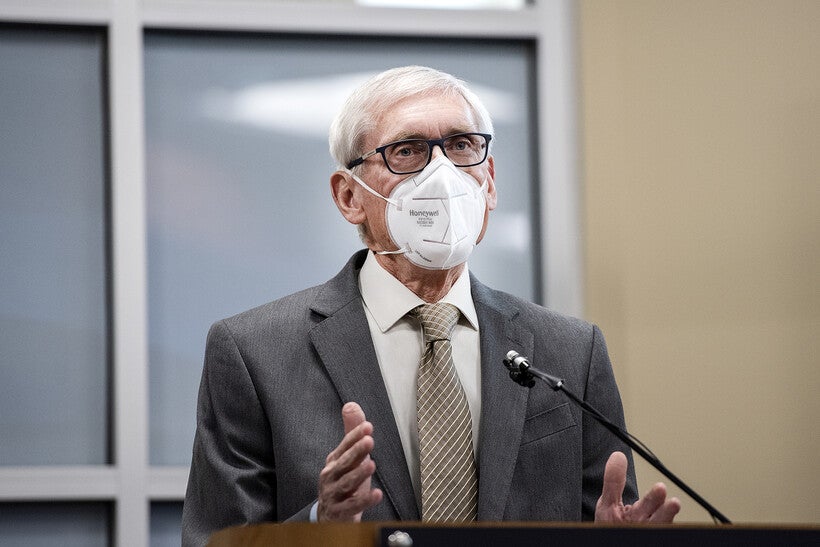 In a prepared statement, Evers called the law "the first step" in ensuring Wisconsin doesn’t face severe backlogs in paying out unemployment insurance benefits during times of high joblessness in the future. The state has seen substantial delays in paying out some benefits during the COVID-19 pandemic, with some people waiting several months to receive a check from the state.

"So, today, we’re going to take the first step toward ensuring something like this never happens to the people of Wisconsin again," Evers said.

Though the bill passed with bipartisan support in the Legislature, the governor criticized GOP lawmakers for stripping immediate funding for a technology overhaul out of the plan. Evers had called for $79.5 million to begin the project.

Under the new law, the state Department of Workforce Development will have to use existing state funds and any federal money available to draft a request for proposals from businesses that could do the upgrades. They would have to secure a contractor and begin the work by June 30.

The Evers administration estimated the process of drafting a request for proposals and securing a business partner could cost roughly $500,000 and has raised concerns about how a lack of guaranteed state funding may deter businesses from bidding on the project.

"It’s unfortunate that the Legislature chose to cut the funding we’d asked for to commit to upgrading our system from start to finish — because I want to be clear, this bill won’t be enough to solve the problem," Evers said in his statement.

Republicans argued it would be irresponsible to authorize funding before knowing exactly how much the project will cost.

Evers also criticized Republicans, who have controlled the state Legislature for a decade, for not moving sooner to upgrade the decades-old technology behind the unemployment system. The technology was developed in the 1970s and previous audits, including one in 2014, have called out problems within the system.

"At the end of the day, this problem could’ve been addressed by the previous administrations and more than a decade’s worth of state legislators who knew this system was outdated and couldn’t handle an economic crisis like the one this pandemic created," the governor said.

Lawmakers have pushed back, pointing out Evers didn’t include a proposal for system upgrades in his 2019-2021 state budget proposal. They have also argued the delayed claim payments shouldn't be pinned entirely on outdated technology, but also stem from poor management of staffing and hours at the state unemployment office by the Evers administration.

In a prepared statement on Thursday, Republican Party of Wisconsin chair Andrew Hitt echoed that criticism.

"While Gov. Evers had the authority to fix Wisconsin’s unemployment insurance system himself, the Legislature was forced to do his job after he spent months passing blame while failing to address yet another problem," Hitt said. "We thank Republicans in the Wisconsin State Assembly and Senate for stepping up to the plate and making sure that Gov. Evers can’t sit back and point fingers any longer while Wisconsinites suffer from his inaction."

Evers used his annual State of the State address in January to call a special session of the Legislature dedicated to revamping the state’s unemployment system. Lawmakers had not taken up any legislation to do so until this proposal surfaced.

The new law will also revive a waiver of the state's one-week waiting period for unemployment benefits until March 13. The waiting period had gone back into effect after a previous suspension, approved in last year’s COVID-19 response bill, ended Feb. 7.

The federal government requires the suspension to be in effect for the state to receive some federal unemployment funds authorized as part of its pandemic response. Allowing the suspension to lapse costs Wisconsinites $1.3 million per week in federal benefits, according to a memo from the Legislature’s nonpartisan budget office.

The Evers administration attempted last week to pursue extending the waiver through the administrative rulemaking process, but according to a memo from the Legislature’s nonpartisan legal office, any extensions must be approved by state lawmakers.

The law will also provide legal immunity for businesses, schools and other entities during the pandemic, even if they don’t follow local, state or federal health orders aimed at curbing the spread of coronavirus.

Supporters of the legal immunity provision argue it will protect those entities against frivolous lawsuits brought by people who cannot prove where they contracted the virus. Opponents have said the state should be doing more to shield workers and citizens, rather than institutions. Evers had previously agreed to support the liability proposal in a compromise with Senate Republicans earlier this year.