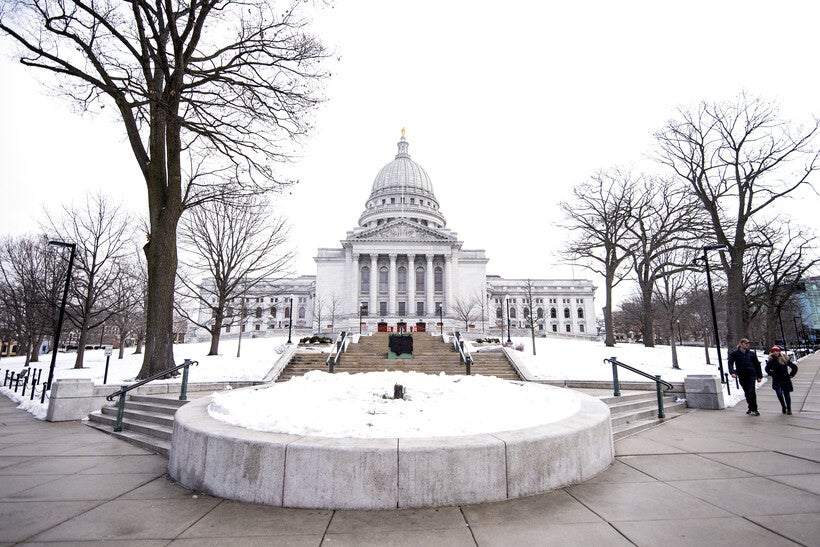 Wisconsin would reinstate a suspension of the one-week waiting period for unemployment benefits and begin the process of updating its decades-old unemployment system under a plan introduced by Republican state lawmakers and approved by the Legislature's state budget committee Wednesday. However, opponents argue the suspension won’t last long enough and the proposal for system upgrades lacks necessary funding.

Despite some criticism from Democrats, the plan passed the budget committee on a unanimous vote and now moves to the full Assembly and Senate for debate.

Under the proposal, the one-week waiting period would be suspended until March 13. The waiting period is currently back in effect after a suspension approved in last year’s COVID-19 response bill ended Feb. 7.

Before the suspension could go back into effect, the bill would have to be approved by both chambers of the Legislature and signed by Gov. Tony Evers.

Democrats were quick to push back on the proposal, saying the suspension needs to last longer.

"We will still very much be in a pandemic three weeks from now," Democratic members of the Legislature’s budget committee said in a tweet.

The bill would also require the state Department of Workforce Development to begin revamping the technology behind its unemployment system by June 30. Administration officials have pointed to the outdated system as a primary reason for delays and challenges in distributing unemployment aid during the pandemic. Since the pandemic began, some people have waited months for benefits after losing their jobs.

However, state funding wouldn’t be dedicated to the project until after DWD has identified a contractor to work on the project, has exhausted any federal money available and submits an additional funding request to the Legislature’s state budget committee.

During testimony before lawmakers Wednesday, the head of DWD said that would make it very difficult to move forward, because the department would need money to draft a request for proposals from contractors and proof of funds in order to garner interest from businesses that could do that work.

"We would need a dedicated funding source to be able to award a contract," said DWD Secretary Amy Pechacek.

Pechacek estimated the state would need $500,000 for a consultant and to draft a request for proposals. She said, based on information from other states, the department believes the system upgrades would initially cost about $79 million.

Evers proposed including that $79 million in his state budget proposal, but GOP lawmakers on the committee pushed back on allocating money before they know exactly what the project will cost.

"To just put money in statute when we have no idea of the true cost, I’m just not sure that’s prudent," said Sen. Mary Felzkowski, R-Irma, during Wednesday’s hearing.

Evers called a special session of the Legislature last month on revamping the state’s unemployment system. Lawmakers have not taken up any legislation to do so until this proposal surfaced. They previously argued Evers could move forward on system upgrades without their involvement.

"(The governor) does not need legislative approval to initiate an IT system upgrade," Rep. Mark Born, co-chair of the committee, argued again Wednesday. "Unfortunately, the governor has signaled he can’t act on his own, so here’s that compromise to get the process moving."

Evers’ administration has said the money it can access without legislative approval isn’t sufficient to move forward with such a big project.

The Republican proposal also includes a measure unrelated to unemployment. The measure, which was included in a failed state COVID-19 response bill vetoed by Evers earlier this month, would provide legal immunity for businesses that don’t follow local, state or federal requirements aimed at curbing the spread of coronavirus.

Evers previously agreed to back that proposal under a compromise COVID-19 bill negotiated with state Senate Republicans earlier this year.

The Assembly and Senate could convene to vote on the bill any time.