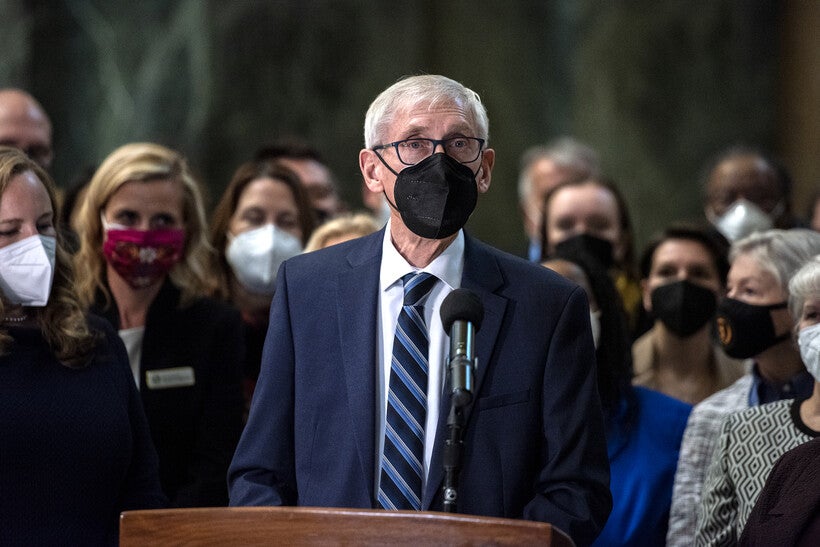 Gov. Tony Evers speaks during a press conference about abortion laws in Wisconsin on Thursday, Jan. 20, 2022, at the state Capitol in Madison, Wis. Angela Major/WPR

Wisconsin’s Democratic governor and attorney general say access to abortion faces its most dire threat in nearly 50 years because of a pending case before the U.S. Supreme Court and an old Wisconsin statute criminalizing abortion.

"Reproductive health care decisions are deeply personal and should be made by their health care providers. Period. Politicians and special interests shouldn’t interfere with those decisions," Evers said at a Thursday press conference at the state Capitol. 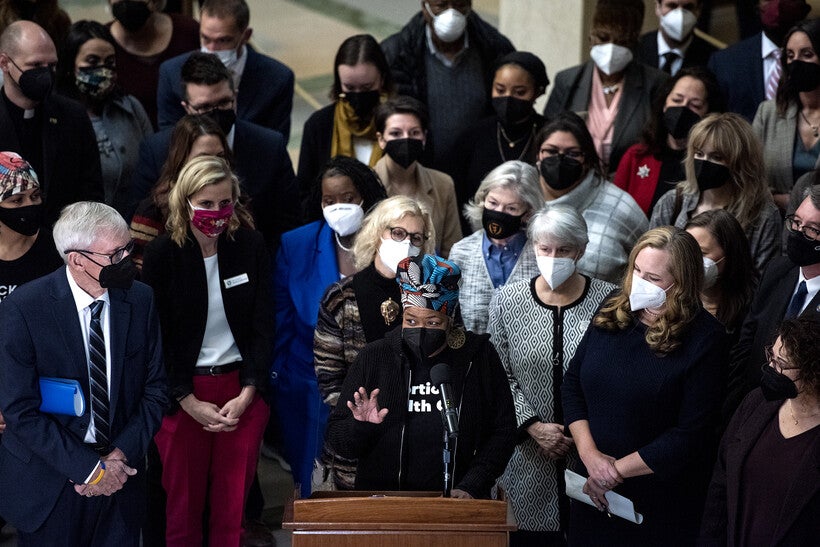 The nation’s highest court heard arguments Dec. 1 on a Mississippi law banning abortion after 15 weeks of pregnancy. In Wisconsin, a 172-year-old abortion law could go into effect if the U.S. Supreme Court overturns Roe v. Wade.

Planned Parenthood of Wisconsin CEO Tanya Atkinson said if that happens, Wisconsin’s law could be more restrictive than a privately enforced ban against abortion in Texas which remains in effect after a recent federal court ruling.

Both the challenged Texas law and Wisconsin’s law, written in 1849, do not have an exemption for rape or incest. The Texas law bans abortions after six weeks, while the statute in Wisconsin would ban it at any point during pregnancy.

"Abortion restrictions already harm Black, Latino and Indigenous people the most. And these communities stand to lose the most if Roe is overturned," Atkinson said.

The Wisconsin law makes providing an abortion a felony with the possibility of up to six years in prison and a fine of up to $10,000.