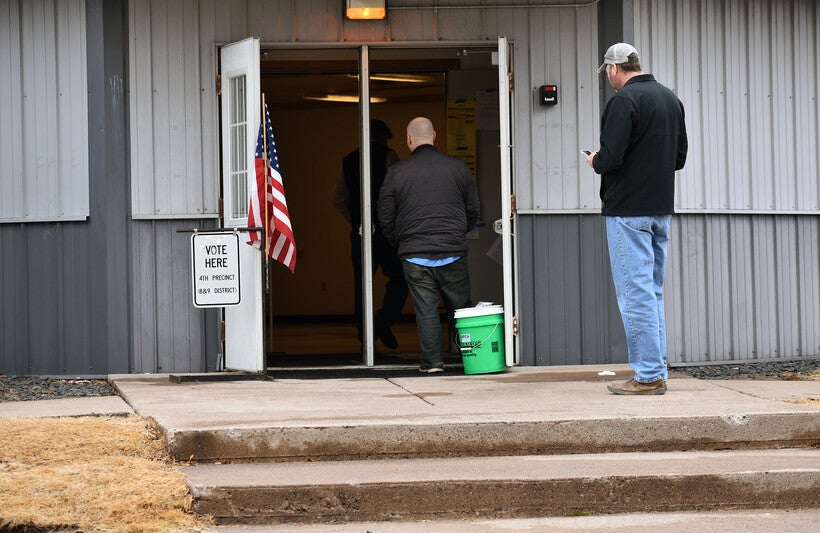 Northern Wisconsin voters cast their ballots at the Billings Park Civic Center in Superior for the Nov. 3, 2020 election.
Danielle Kaeding/WPR

In far northern Wisconsin, candidates are vying for three open seats in the state Legislature that have been held by Democrats for decades, and Republicans hope they’ll be able to flip one or more in the November election.

As the midterm elections draw near, Wisconsin Republicans hope to make gains in northern Wisconsin.

"We're cautiously optimistic that we could pick several of those seats up," said Jim Miller, chair of the Republican Party for Wisconsin’s 7th Congressional District. "The districts are trending more conservative, and it's kind of reflective of a nationwide trend where rural areas are getting a bit redder and urban areas are getting a bit bluer. So, these districts have been trending more and more Republican cycle after a cycle." 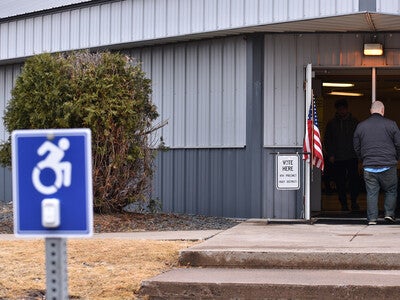 Voters wait at the Billings Park Civic Center in Superior before casting their ballots during the Nov. 3, 2020 election.
Danielle Kaeding/WPR

In the three districts, Democrats have faced more competitive races in recent years. In 2020, Milroy was reelected by a margin of 139 votes against Republican challenger Keith Kern — the closest race in the Legislature that year. Former President Donald Trump drew in around 3,000 more votes than President Joe Biden across counties within the district, which covers parts of Douglas, Burnett and Washburn counties.

That same year, Meyers won reelection by roughly 1,000 votes in her closest race ever against Republican businessman James Bolen. Two years earlier, voters reelected Bewley to the state Senate by roughly 1,600 votes in 2018 - the same year voters elected Democrat Tony Evers for governor. Even so, former Republican Gov. Scott Waker drew in nearly 12,000 more votes than Evers across counties within the district, which covers all or part of 13 counties in northwestern Wisconsin.

Alisa Von Hagel, professor of political science at the University of Wisconsin-Superior, said the area is shifting more conservative.

"We may see one or more of the districts flip. I do not foresee all three of them flipping, but it's just simply hard to tell," Von Hagel said. "It's all about turnout. And, midterm elections, in general, they slightly favor Republicans because Republicans in general are more inclined to turnout in midterm election cycles, where there's not a presidential election."

Von Hagel said the districts may be moving more conservative due to a mix of factors, including the region’s aging population. She noted people generally become more conservative in their views over time. She also said election outcomes could be related to more moderate ideological views among the region's Democrats compared to their urban counterparts, as well as gerrymandering. Political scientists have said the state’s current map is one of the largest partisan gerrymanders in the country.

An analysis by the Milwaukee Journal Sentinel in December found 61 of 99 Assembly seats and 21 of 33 state Senate districts already lean Republican under lines drawn in 2011. The Wisconsin Supreme Court’s decision in April to back a new redistricting plan drawn by Republicans will provide an even greater advantage over the next decade.

For example, the 74th Assembly district leans slightly Republican under new maps because they expand the district into wards within rural Douglas County and exclude the Lac du Flambeau reservation. A majority of voters in wards on the reservation voted for Hillary Clinton in 2016, Evers in 2018 and Biden in 2020. 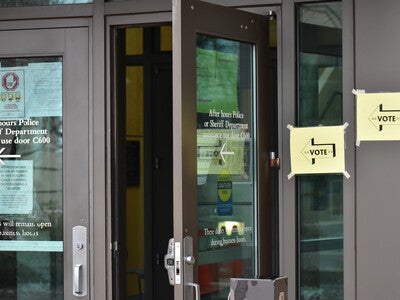 Signs direct voters to where they can cast their ballots on Nov. 3, 2020, in Superior.
Danielle Kaeding/WPR

Gerrymandering is one reason Democrat Sue Nash of Superior fears Republicans may pick up open seats.

"It's always historically been the people that are in power will redefine the lines to their advantage," said Nash. "I would like to see that reformed for both sides."

Republicans like Miller said Democrats may blame the trend on gerrymandering, but he said the districts had to grow larger due to changing demographics. Miller accused liberals of turning their backs on union voters with regard to large labor projects like Enbridge's proposed Line 5 reroute - a fossil fuel project that's at odds with Democrats' stance on clean energy.

He also argued liberals are running on issues that aren’t reflective of rural Wisconsin, noting inflation continues to be a top concern among voters. The most recent Marquette University Law School poll showed 68 percent of respondents are very concerned about rising costs.

"Every single person who owns a car, who travels, who buys groceries — which is everybody — notices it," said Miller. "It's been an absolute sticker shock in the last year-and-a-half for everything, and that really affects people, like day in and day out. The Democrats want to make a big issue of the abortion debate. I don't know that it resonates as much in rural Wisconsin."

Von Hagel said Democrats are betting that the issue of abortion rights will drive more voters to the polls this fall.

"I think it's an issue that for a lot of voters wasn't as salient or as important, but is certainly now much more prominent," said Von Hagel.

The latest Marquette poll found 60 percent of voters statewide opposed the U.S. Supreme Court’s decision to overturn Roe v. Wade — down from 63 percent in polling last month. Nash said she would like to see the outcome of the election decided on women’s right to choose.

"Local candidates are running on kind of the fear of inflation, things like that. Some of this is not in our control. It's caused by wars in other countries," said Nash. "It's not something in Wisconsin that we're going to directly affect immediately by changing over the guard."

Even so, more money is being spent across the races as Republicans hope to pick up a supermajority in the Wisconsin Legislature that would allow them to override any vetoes by Evers if he's reelected.

In the 73rd Assembly race, the Republican Assembly Campaign Committee transferred $145,578 to Angie Sapik last week, according to campaign finance reports. Her campaign is spending that exact amount on television ads in the final weeks of the race. Gapske had around $30,000 on hand as of the end of August.