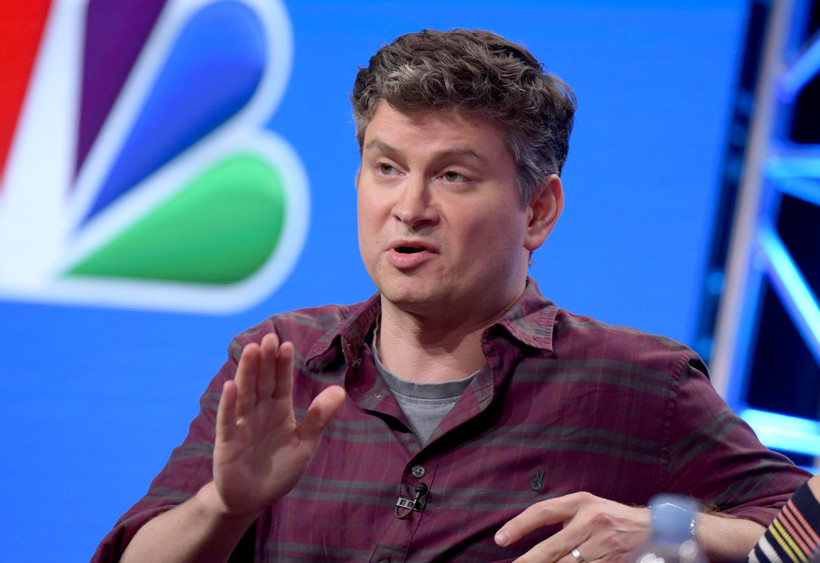 'The Good Place' creator, Michael Schur, takes us to the perfect place

'The Office' and 'Parks and Recreation' showrunner sets out to answer all of life's moral questions in his book, 'How to Be Perfect'
By Adam Friedrich
Share:

Michael Schur can find the funny in nearly everything. He's one of the principal players behind the comedic tour de force that is the NBC sitcom, "The Office" and it's critically acclaimed and just as funny spiritual sibling, "Parks and Recreation."

Side note: In addition to being the co-creator of "The Office", Schur played the hilarious role of Dwight Schrute's cousin and favorite farmhand, Mose.

Schur would go on to follow those two legacy sitcoms with the perennially Emmy-nominated NBC sitcom, "The Good Place." The show was about the antics of four drastically different people trying to define what being good is while in the afterlife.

If he could make the mundane, fluorescent lighted cubicle farm and drab city government offices a comedy gold mine, no one doubted he could make the seemingly dry backdrop of ethical and moral thought experiments work.

Now, Schur has pivoted from pondering these moral questions on a television show to writing about it on the page. He has released the funny, poignant and brilliant book, "How to Be Perfect: The Correct Answer to Every Moral Question."

Schur told WPR's "BETA" that he got the idea for "The Good Place" while interrogating his own "super lame" behavior.

"I caught myself doing something odd at a Starbucks near my house where I would go in and order a medium coffee. It was $1.73. I would pay in cash, and then I would throw the 27 cents into the tip jar, as many people do," he said. "But one day I realized that I didn't just do that. I waited until the barista had turned around to see me do it, meaning that I craved some kind of moral credit or something for such a pathetic tip."

If that sounds somewhat familiar, don't be surprised. It was a small subplot on "Seinfeld" where the pathologically cheap George Costanza struggled to get the staff at a popular calzone restaurant to notice his generosity.

"I had never seen that episode, and then when I wrote about this, someone said like, 'Oh, there was a Seinfeld story about this.' I went back and watched it, and it was weirdly encouraging to me," Schur said. "The fact that there was an episode of TV about this 20 years ago made me feel like, 'Oh, OK, I'm not alone here.' This is a thing that many people have experienced, which I think is really ultimately the point of the book is to try to pinpoint these little weird things that we all do and asking the question of, 'Why we do them?'"

That particular moral philosophy that Schur (and George Constanza) stumbled onto is called Moral Dessert, Schur explained. "Which is the feeling that we want credit when we're good people, which is a really fascinating topic that I think is very universal."

So it was this self-reflection that spurred the idea for the "The Good Place." When he set out to write it, Schur said he had only a passing knowledge and interest of the moral, ethical and philosophical questions that he wanted the show to playfully address.

"I had what I would call a Wikipedia-level understanding of (moral philosophy)," Schur said. "But, it was definitely the situation that I needed to do a lot of reading and a lot of studying leading up to writing the show before I felt like I could really write it properly. So, the show accelerated what was sort of latent or quiet interest that I had had at various points in my life."

Schur jokes he put together a "combo platter" of reading to begin his education.

He began with Michael Sandel's "Justice," an overview of Western philosophical theories. He also worked his way through the philosophical canon of Aristotle, John Stuart Mill and Jeremy Bentham. Additionally, he had philosophy professors Todd May and Pamela Hieronymi consult on "The Good Place" and advise him on the book.

"The joke that we had was that there was a red phone in the writers' room at 'The Good Place' that we could pick up, like Reagan calling the Kremlin and say, 'There's a philosophical emergency. We need your help,'" Schur said.

"How to Be Perfect" picks up and expands on the concepts Schur was scratching at during the show's run. For instance, he writes extensively about perhaps the most popular thought experiment in philosophy, the trolley problem.

Devised by renowned philosopher Philippa Foot, the trolley problem presents a no-win scenario used extensively in most Philosophy 101 courses. Fans of "The Good Place" will no doubt remember that as a standout season 2 episode.

"I think the reason that it's so popular is because in both situations, something bad happens, and I think there is something about modern life where that touches a nerve," Schur said. "That is much more reflective of these sorts of ethical dilemmas that we find ourselves in all the time. And my guess is that's why we're still talking about it."

In addition to grappling with how some Age of Enlightenment philosophical arguments apply to our contemporary society, Schur also developed his own theory. That is one he has dubbed moral exhaustion.

"The way the world works now, because of the internet, because of Twitter and Facebook, and everybody has a camera phone, we are constantly being bombarded with moral questions and ethical questions in a way we never have been before," Schur said.

"Everyone across the globe instantly sees it and knows it and is sort of being asked to weigh in a moral way," he continued. "You're being asked to judge that person's ethical behavior. That didn't use to be the case, and because we see 50 of these things a day, it can be really exhausting to feel like every single moment of your life is being phrased or sort of proffered in an ethical or moral question."

Schur extends this philosophy of exhaustion to the omnipresent question about artist versus art.

"You're constantly now being asked to weigh in with yourself, at least about whether or not it's OK that you're still doing that. So that's what I'm trying to encapsulate with the hot new philosophy term moral exhaustion," Schur continued.

While he may have coined the theory of moral exhaustion, Schur himself is seemingly inexhaustible. After co-creating his "Good Place" follow-up with the cop comedy, "Brooklyn 99," Schur has produced the critically acclaimed, "Rutherford Falls," HBO's "Hacks" and has plans to help adapt Shea Serrano's autobiographical sitcom, "Primo" for IMDb TV.

And fitting for someone who trail blazed with the baseball comedy and journalism blog, Fire Joe Morgan, Schur plans to helm the television adaptation of "Field of Dreams."