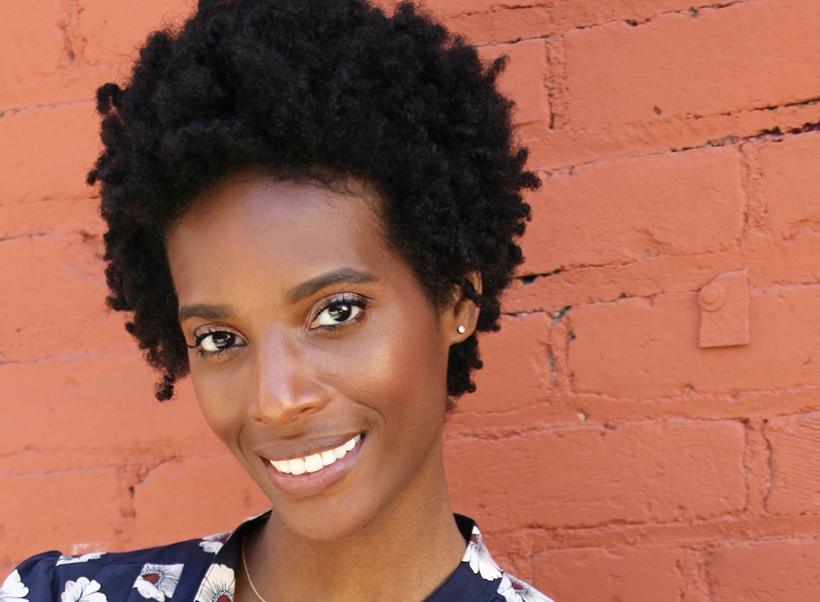 Getting Honest With Comedian Zainab Johnson

You may think finding a voice as one of 13 siblings would be difficult. Not for Zainab Johnson.

The comedian and "HonestTEA with Z" podcast host was raised as a devout Muslim in Harlem, New York.

Zainab began to find herself as a teenager. At age 15, she stopped the traditional act of covering up and started to explore herself as a young woman in the world.

"For a very long time I hated being Muslim. Not the actual belief of it, just the practice of it," Johnson told WPR’s "BETA." "There were certain things in the practice of Islam that was a major inconvenience in my life as a kid and it immediately set me apart from everybody else and I didn't like that."

When she was 17, tragedy struck. While visiting a friend in Atlanta, Georgia, Zainab got out of their stalled car to push it. The next thing she remembers, she was in an ambulance. A drunk driver in a truck had pinned her and another woman to the car and attempted to flee. Zainab would spend the next year relearning to walk. The other woman would lose a leg.

"Something like that happening at that age is really traumatic. It one, makes you very grateful to be spared in the very least, but also it made me really look within," Johnson said. "I think being hit by the truck it made me really make sure that what's in me has a strong foundation."

Zainab pivoted to earning a mathematics degree and became a teacher.

"My parents went to college, but hadn’t finished, and I just had it set in my mind that I was going to be the next generation that did something at least a little bit better," Johnson said. "So I was dead set on at least getting a degree."

She also ended up taking an elective course on the history of religion that helped her gain a new perspective on her faith.

"It made me research where my faith lied and I became proud of it," she said.

After her dad died and a friend took a leap in moving to Los Angeles, Johnson reflected on what her true calling was. She asked herself, "What are my intentions in this life? What am I seeking? What's my legacy? What am I looking to do?"

The answer came in the art of stand-up comedy, but she hopes she can continue to teach through her routines.

"It does feel better when people can take something of substance from my act," Johnson said.

It certainly is giving her the platform to provide perspective on her religion and share how her faith influences her comedy.

Zainab feels like she found her voice in comedy early on. It's something she views as an asset in her occupation.

"Comedians spend years trying to find their voice," Johnson said. "This is who I am. You’re either like me and you're gonna identify with who I am because I am a reflection of you, or I am completely different and you're going to enjoy the journey of exploring somebody else."

She's also allowed her voice to evolve and grow as a comedian, setting her apart from her peers.

"I’ve gotten more comfortable in silence," Johnson revealed. "That's not the comfort place for most comedians, but that's where I found my comfort — when the crowd is completely silent."

This confident knowledge of self and of her inner (and comedic) voice also grounds her and sets the parameters for her comedy.

"The only thing that is off limits in my stand-up comedy is me forgoing who I am for the sake of something funny," she said.

Growing up with a dozen siblings, comedy also provides a rare opportunity to have an independent voice and total creative control, which might be what subliminally drew Zainab to it.

"Maybe I chose stand-up because I stand there alone and it's just me and if there's glory, I get all the glory. If I fail, I fail alone. I think that may be the sub-conscious thing about stand-up that appeals to me," she said.

But that still doesn’t spare her family from being a large part of her act.