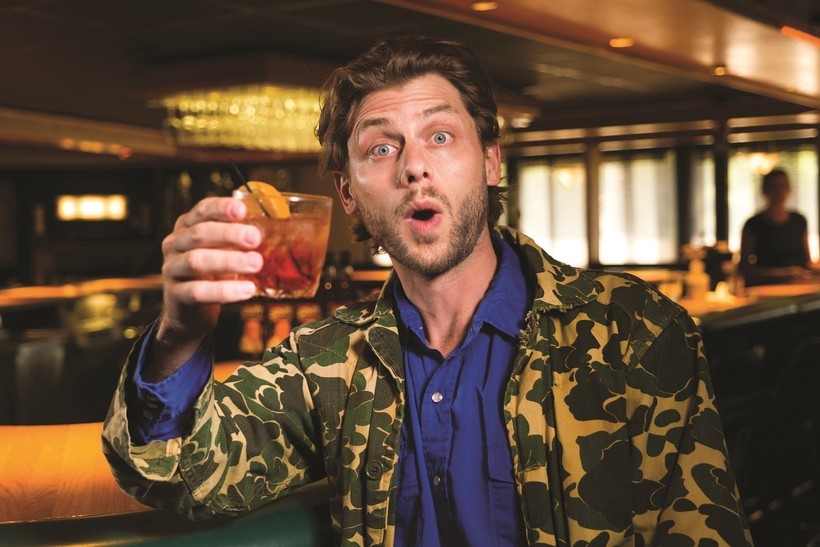 Geez Louise! Charlie Berens tells us how to survive in the Midwest

You might remember Charlie Berens as an Emmy-winning journalist, but that was a while ago so we understand if you don’t. Chances are you know him as a comedian and the man behind the comedy series, "The Manitowoc Minute." His Midwest-centric videos have received millions of views. Well son of a gun, now Berens is a New York Times best-selling author with his first book "The Midwest Survival Guide: How We Talk, Love, Work, Drink and Eat ... Everything with Ranch."

Cripes thanks to all of yous who bought #TheMidwestSurvivalGuide cause you made it a New York Times Bestseller. Special thanks to my mom who bought half the copies. We were also about to raise over $7,000 for the @Center4Veterans from sales the week of Veterans Day pic.twitter.com/bnG9ZIeYNo

Oh, Geez Louise! How did he pull that off? And cripes! What the heck is the difference between the "Manitowoc Minute" guy and the real Charlie Berens?

"The 'Manitowoc Minute' version is basically just an exaggerated version of who I am," Berens told WPR's "BETA."

"It's based on my time in local news where people would say I did things wrong. I said things wrong. I had an accent. 'Bubbler' is not a word you can say in Texas," he mused. "And so the 'Manitowoc Minute' version is a parody of the newsman that I was, where I doubled down on all the things people said I was doing wrong."

Berens said he presents more of an authentic version of who he is in "The Midwest Survival Guide."

"It's that same sort of Midwest mentality, that kind of be nice first, ask questions later," he explained. "I'm more interested in how to make a proper Old Fashioned than I am in talking politics today."

Berens can identify the moment he realized that embracing his Midwestern roots could lead to something else. He was doing stand-up at the Comedy Store in Los Angeles. Berens was performing as a character that eventually evolved into the "Manitowoc Minute" guy.

"I said, 'Is anybody from the Midwest?'" Berens recalled. "And then you see in this Los Angeles comedy club, a quarter of the room, maybe more, had their hands up.  And that bit always did well, no matter how much my other stand-up bombed, that would always help me recover. So I was like, 'Oh, there's something here.' So I made this video the first video,'The Manitowoc Minute.'"

"So it's like, 'OK, now I have enough proof that this is the thing that keeps working," Berens said. "I'm going to keep doing this. But I never in my wildest dreams would have expected all this to happen, and I just feel very fortunate for it."

So why does Berens think that Midwest life resonates so with the rest of the country?

"I think it's been largely ignored in pop culture or it's been viewed as just kind of bland or somewhere in the middle. There are a lot of comedians now exploring the Midwest, so we see these staples of our culture that you don't often think of," he said.

"Once you shine a little flashlight on them, they're like, 'Oh, that's pretty cool.' And it's everything from the way we talk to interact. It's deer camp to fishing for walleyes to just our ability to tailgate," he added.

What does Berens think the rest of the world would be like if they borrowed the Midwest attitude?

"Well, I really think the Midwest nice thing is definitely something that could be borrowed. And, you know, it's a nice first, ask questions later kind of deal," Berens said. "What it does is it gives you a pause before you're immediately going to react with maybe the way you want to react and you decide to be nice anyway. And that at least gives you a moment. And the thing is that Midwest niceness is contagious. And so hopefully that spreads."

"First and foremost, you gotta go ice fishing," Berens said. "If you're going to drive your car out on the ice, I legally have to tell you don't. But if you do, no seatbelts ... out on the roads, it's click it or ticket. On the ice. It's click it and sink with it."

"Also, hey, Lake Michigan's got a lot of cool, sunken ships, you know? And so you can see that some of the best scuba diving in the world is on Lake Michigan. Same thing. You might not think about it. Sheboygan is the Malibu of the Midwest. Great waves. You can surf the Midwest. You got to have a three-way in Cincinnati. And you know, you might think that sounds a little goofy, but it's obvious if you're from Cincinnati, just chilly, not something frisky. Also, you got to play euchre and play some bar dice."

Here at BETA, we would recommend upping the ante by playing euchre with Bob Uecker if you can make that happen. And if you can, please let us know. We'd love to join you.