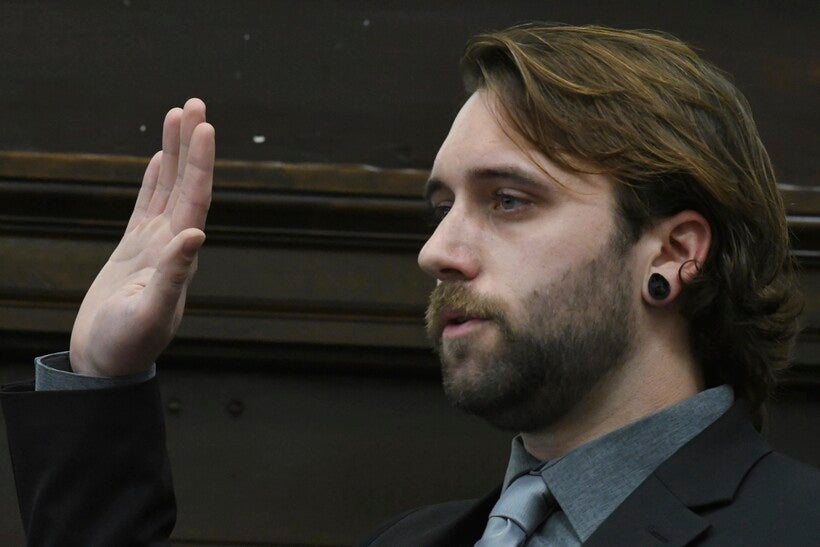 Gaige Grosskreutz is sworn in before he testifies about being shot in the right bicep during the Kyle Rittenhouse trial at the Kenosha County Courthouse in Kenosha, Wis., on Monday, Nov. 8, 2021. Mark Hertzberg/AP Photo

Gaige Grosskreutz lost a portion of his right bicep after being shot by Rittenhouse during a protest over police brutality
By Corrinne Hess
Updated:
Monday, November 8, 2021, 1:30pm
Share:

Gaige Grosskreutz is one of three people shot by Kyle Rittenhouse during protests in Kenosha two summers ago, and he's the only survivor.

Grosskreutz testified in court Monday, and said he thought he was going to be killed the night of Aug. 25, 2020.

"I thought the defendant was an active shooter," Grosskreutz said.

When asked by a prosecutor what was going through his mind, he replied: "That I was going to die."

But during questioning by Rittenhouse's attorney, Corey Chirafisi, Grosskreutz said he was pointing his own gun at Rittenhouse when Rittenhouse shot him.

"It wasn't until you pointed your gun at him, advanced at him, that he fired?" Chirafisi asked.

The defense claims Rittenhouse was acting in self-defense on Aug. 25, 2020 when he shot and killed Joseph Rosenbaum, 36, and Anthony Huber, 26, and injured Grosskreutz.

While questioned by prosecutors, Grosskreutz recounted his encounter with Rittenhouse that ended with Grosskreutz being shot in the arm and severely wounded.

Grosskreutz told the jury he pulled out his holstered pistol but had his hands up to surrender to Rittenhouse after watching him shoot and kill Huber. When it became clear that Rittenhouse did not accept his surrender, Grosskreutz said, he attempted to close the distance between him and Rittenhouse.

The jury watched a graphic video showing Grosskreutz's injury right after being shot. He lost the majority of his right bicep. 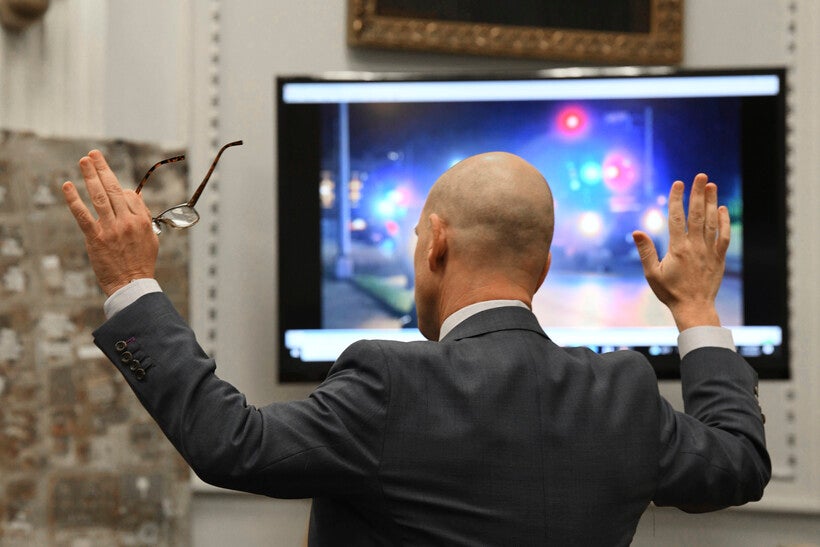 Defense attorney Corey Chirafisi asks about Kyle Rittenhouse having his hands up as he approached Kenosha Police officer Pepe Moretti's squad car after the shootings during the Kyle Rittenhouse trial at the Kenosha County Courthouse in Kenosha, Wis., on Friday, Nov. 5, 2021. Rittenhouse is accused of killing two people and wounding a third during a protest over police brutality in Kenosha, last year. Mark Hertzberg/AP Photo

Rittenhouse arrived in Kenosha on the third day of protests following the police shooting on Aug. 23, 2020, of Jacob Blake, a Black man who was left partially paralyzed. The shooting sparked days of protests and looting in Kenosha's downtown and uptown neighborhoods.

Grosskreutz, a licensed paramedic, testified he began attending protests in Milwaukee two days after George Floyd was murdered by a police officer in Minneapolis in spring 2020. He estimated he attended protests about 75 times to provide medical aid if necessary, and was in Kenosha the night of Aug. 25 to do the same.

"That’s not why I was out there for 75 days prior to that," he said during 90 minutes of testimony, becoming emotional. "Why up until that point, I spent my time, my money, my education providing care for people. That’s not who I am."

Grosskreutz testified that after the shooting, people online were threatening him, going to his home and threatening his mother and grandmother. Grosskreutz filed a federal civil rights lawsuit last month seeking $10 million, accusing law enforcement officials of conspiring with armed militias.

During cross-examination Monday, Rittenhouse’s attorney Chirafisi, emphasized the fact that Grosskreutz had a gun and suggested Grosskreutz was uncooperative with police after the shooting.

Chirafisi painted a picture of Grosskreutz chasing Rittenhouse, with an angry mob shouting "get him," following the killing of Rosenbaum. During testimony, Grosskreutz told Chirafisi he was concerned for Rittenhouse's safety and felt Rittenhouse was in danger. 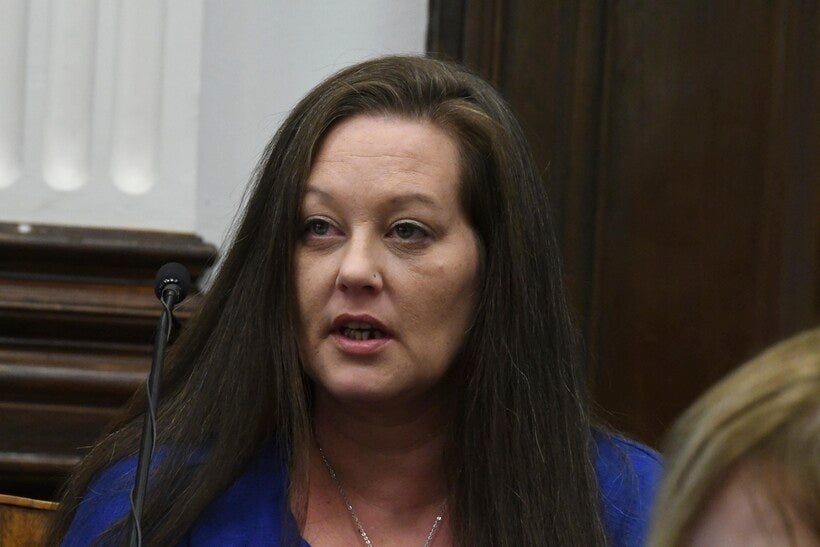 Georgetown University law professor Paul Butler, who's been closely watching the trail, said Grosskreutz's testimony serves to represent the voices of all the victims.

Rittenhouse traveled across the border from Illinois in response to a social media call from a Kenosha-based militia group saying it hoped to protect businesses from protesters, Kenosha Police Detective Martin Howard testified Wednesday.

The trial began Nov. 1, when 11 women and nine men were chosen to serve on the jury. Arguments began the following day. A juror was dismissed Thursday after making a joke to a law enforcement official about the police shooting of Blake, another juror was dismissed for health reasons. There are now 18 people on the jury. The trial is expected to last about two weeks, according to the court.