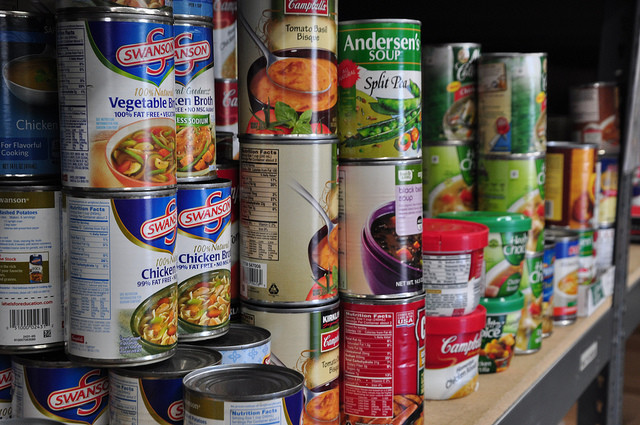 Wisconsin Officials Say Letters Being Sent Warning Recipients Funding May Not Be Available In March
By Rich Kremer
Share:

The Wisconsin Department of Health Services is warning food stamp recipients to watch for letters that say they’ll run out of federal food assistance in March due to the ongoing government shutdown.

A press release issued Friday afternoon warned people enrolled in the FoodShare federal assistance program that their March allocation of food benefits would be zero.

According to DHS, the agency is unsure whether federal funding for the program will be available if the government shutdown continues.

The letters were sent automatically by a third-party contractor working on DHS’s behalf. The agency says it’s working with federal agencies to determine what options there may be to fund benefits in March.

Meanwhile food pantries, including the Wisconsin Hunger Task Force in Milwaukee, are preparing for a potential run on their services.

Sherrie Tussler, executive director of the Hunger Task Force, said the shutdown is already impacting FoodShare recipients because the program started sending out payments for February benefits as early as Sunday.

"Getting basically early receipt of benefits may cause some people who are very worried about the benefits disappearing to go spend the benefits immediately," Tussler said.

She said this could cause problems for grocery stores in the short term and food pantries like hers in the long term if people run out of benefits before the end of next month. Tussler said this is posing some uncomfortable choices for her agency.

"I got two options," said Tussler. "I can just give food out to everybody who needs it every time they ask for it. Or I can ration them, and when I ration them, I make sure that the supply of food lasts longer."

She said rationing food at the Wisconsin Hunger Task Force could be necessary as early as mid-February.

"And the longer I’ve been contemplating this, I feel like I’ve got to go to rationing," Tussler said. "That way people will benefit as long as they need to and even though it may be uncomfortable it will serve the community’s needs, overall, better."

Nearly 1 million Wisconsin residents were getting FoodShare benefits in 2017, according to the latest data available from the DHS.