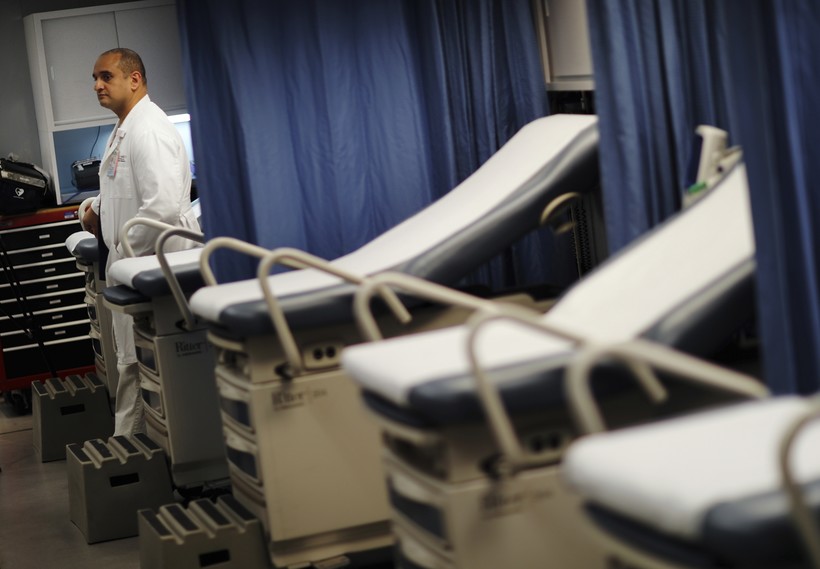 Flu-Related Hospitalizations Continue To Rise, Total Of 54 Pediatric Deaths Across US
By Ximena Conde
Share:

Flu activity in the United States has increased for the 10th week in a row and there could be several weeks left in the season, according to the Centers for Disease Control and Prevention.

The severity of the season has prompted hospital systems like UW Health to have stricter enforcement of its visitor rules.

This week, UW Health announced it would be limiting visitor access to its clinics and hospitals throughout the remainder of the flu season.

"Having said that, we didn’t enforce it to the extent that we are emphasizing this year," explained Safdar. "The reason that this triggered it is because this has been an unusually severe flu season, and it’s probably the worst in recent memory."

Safdar said hospitals and clinics are taking different approaches to protect patients and staff. Some are handing masks to sick visitors, others are sending out letters warning people of the risk, and some administrations are asking visitors if they’re sick when they sign in.

In the rare case UW Health allows a visitor with flu-like symptoms to visit a patient, they’ll have to follow several rules, not limited to wearing a face make. The strict enforcement will be lifted once UW Health determines the threat of the flu season is over.

But that could be several weeks.

In the weekly CDC meeting, officials reported the number of states experiencing high flu-like activity increased from 39 to 42 states, with the powerful flu strain H3N2 remaining the more dominant strain. In January, the level of flu activity in Wisconsin jumped from moderate to high. According to the most recent CDC data, Wisconsin's latest flu activity remains at high but has jumped to the middle of the three tiers in the high level. Officials continue to encourage people to get the flu vaccine despite its low effectiveness rate for the H3N2 strain.

"Effectiveness against other flu viruses is better and there is more than one flu virus floating this season," said Dr. Anne Schuchat, acting director of the CDC. "The vaccine may also reduce the severity of symptoms if you catch the flu in spite of being vaccinated."

The CDC reported an additional 16 children died because of the flu last week, bringing the total number of pediatric deaths to 53 children. No pediatric deaths have taken place in Wisconsin as of Jan. 20, according to the Wisconsin Department of Health Services data. The CDC and DHS release a weekly report from data as of one week ago, the 10th week of this flu season.

State health officials have also encouraged people to get the vaccine not only to protect children but also older adults, a group especially vulnerable to the H3N2 strain.

Another number on the rise is the percentage of people visiting clinics and hospital because of flu-like symptoms. Officials reported the number jumped from 6.6 to 7.1 within the last two weeks.