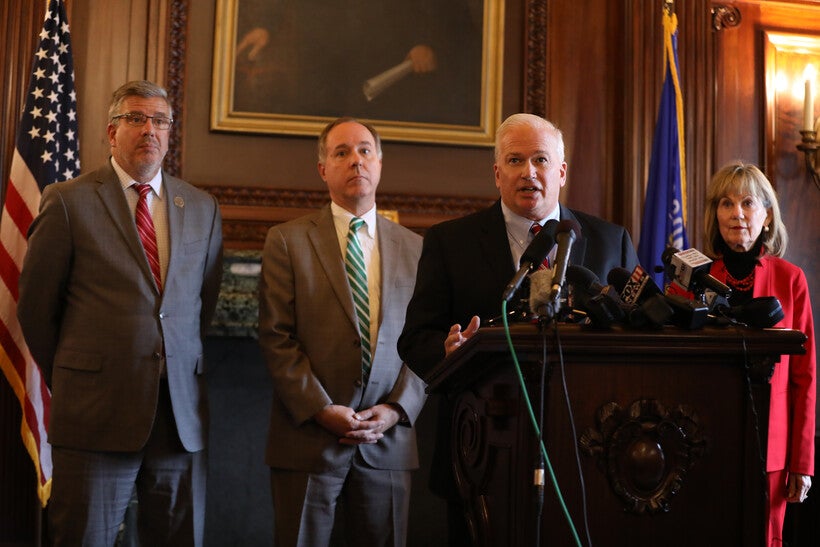 Rep. John Nygren, left, Assembly Speaker Robin Vos, Senate Leader Scott Fitzgerald, and Sen. Alberta Darling, give a press conference on Dec. 3, 2018, at the Wisconsin State Capitol ahead of the Joint Finance Committee public hearing to discuss bills that will be voted on during an extraordinary session of the Legislature, to be held on Dec. 4, 2018. Coburn Dukehart/Wisconsin Center for Investigative Journalism

Fitzgerald, Vos: No Gas Tax Increase To Pay For Roads

Evers' budget would raise the gas tax by 8 cents per gallon initially and then by about a penny annually to account for inflation. It also calls for raising heavy truck registration and new car title fees.

State Senate Majority Leader Scott Fitzgerald told the Milwaukee Journal Sentinel on Friday that Republicans on the Legislature's finance committee plan to revise Evers' transportation proposals June 6. He said the GOP has ruled out raising the gas tax but may increase fees.

Assembly Speaker Robin Vos said he believes a gas tax increase would be "tough to get done."