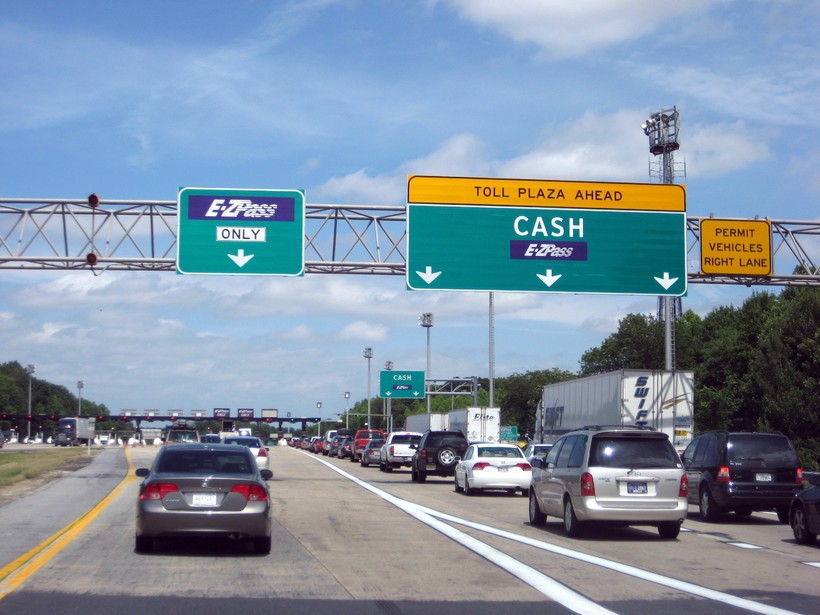 The state Senate's top Republican says Wisconsin needs to add toll roads if it wants to qualify for a possible influx of federal transportation funds.

"I think it forces our hand," Senate Majority Leader Scott Fitzgerald told members of the Wisconsin Counties Association on Wednesday in Madison. "I think there's only one way to be responsive and that's going to be the open road (tolling)."

While the next state budget debate is still more than a year off, the issue of transportation funding received renewed focus after President Donald Trump called for a new federal infrastructure plan.

Trump's plan would offer states a chance at increased federal funding for infrastructure projects as long as states put up most of the funding themselves.

That could be difficult in Wisconsin, where the state has delayed major road projects because of a lack of revenue and Republicans who run state government have been unable to reach an agreement to raise the gas tax or vehicle registration fees.

When Gov. Scott Walker was asked about Trump's plan last week, he said he'd be open to raising the gas tax as long as the state cut taxes by the same amount somewhere else.

Fitzgerald said he wasn't sure that could ever pass the Senate, and even if it did, he said it wouldn't be enough to tap into federal funds to pay for a backlog of road projects that he estimated at $6 billion.

"There is no clearer signal to the states that you better start doing open road tolling," Fitzgerald said. "A nickel, a dime on a gas tax? That is not going to fill the pot that's going to be able to match those federal dollars at this point."

Fitzgerald, R-Juneau, also told the Wisconsin Counties Association on Wednesday that the state was on the cusp of adding its first ever toll roads last year before the idea was rejected by Walker.

GOP lawmakers added a $2.5 million tolling study to the budget that Fitzgerald said would have resulted in Wisconsin being chosen by the federal government to add toll roads. Walker vetoed the study.

"We cut the deal already," Fitzgerald said. "The deal was in the budget. I mean it was there."

Asked about Fitzgerald's comments, Walker said Wednesday he was not opposed to tolling, but he stressed that he was not ready to support it.

"We're not even going to think about it unless we can reduce taxes somewhere else in an equal or greater margin," Walker said.

Walker said he had not talked to federal officials about adding toll roads in Wisconsin.

"And I don't expect that will be on our list of topics for now," Walker said.

Assembly Speaker Robin Vos, R-Rochester, who has been an outspoken advocate for increasing transportation taxes or fees, said he supported Fitzgerald's push for tolling.

"I fully support the idea of additional revenues, and I'm open to any idea," Vos said. "That's probably the one, according to Sen. Fitzgerald today, that has the most opportunity to get done. Well then let's do it."

But Hintz contended the idea would never happen as long as Walker had a say.

"If you haven't figured it out by now, as long as he's governor, we're never going to pay for roads," Hintz said.