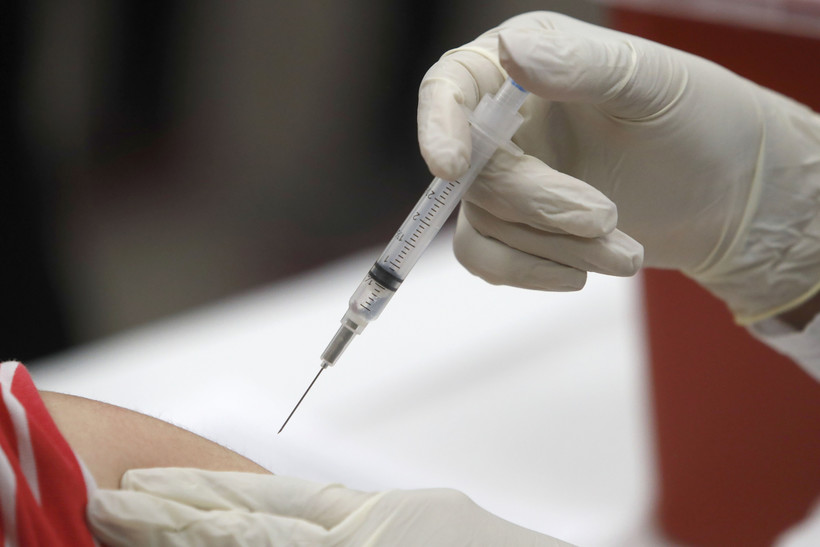 Few Influenza Cases Last Year Could Have Implications For This Season

But that could backfire during this year's flu season, said Dr. James Conway, associate director for health sciences at the University of Wisconsin-Madison's Global Health Institute.

That's partly because there's limited data now to predict which viruses might be strongest this year, he said. Typically, that information is used to determine the composition of flu vaccines.

Flu vaccine compositions for the Northern Hemisphere are based on which viruses are spreading around the globe. What circulates in the winter in the Southern Hemisphere can help predict what's going to circulate here.

This year is different.

"Obviously, we don't have a lot to go on because the social lockdown and mitigation programs on both sides of the globe have really shut down influenza across the board," Conway said. "And so, it's really been sort of an educated guess."

Conway said the flu vaccine this year will look similar to the vaccines that were used in 2019 with a few minor alterations. This year's vaccine compositions are targeted at the H1N1 and H3N2 viruses and two Influenza B strains.

"The good thing about flu vaccines is, although they may not be completely protective, and you do see breakthrough cases, they certainly are very good at protecting against serious disease, hospitalization and death," he said.

"We had essentially no influenza, so we're really going to be depending on just the vaccine immunity this year, trying to prevent too much spread," he said.

Conway said everyone over six months of age is eligible for a flu shot and added that anyone who is over 65 years of age or has comorbidities, immune deficiencies or respiratory illnesses should prioritize getting vaccinated.

"Really, the same group that we prioritized early on with the COVID-19 vaccines are really the high priority group," he said.

He said while flu vaccines are often available by August, that's too early for people over the age of 65. But being well past that date now, he encourages everyone who can get a flu vaccine to do so, pointing out that a few flu seasons over the past two decades have started as early as October.

Conway said that although flu vaccines won't do anything to protect against COVID-19, getting protected against influenza can keep patients out of the hospital and lessen the potential burden on health care systems.

He said because health systems are already so strained, even a moderate flu season could cause chaos.

"Influenza is a bad actor," he said. "It's a lot like these coronaviruses. They're unpredictable. They mutate frequently. And so we do need to keep an eye out for them."