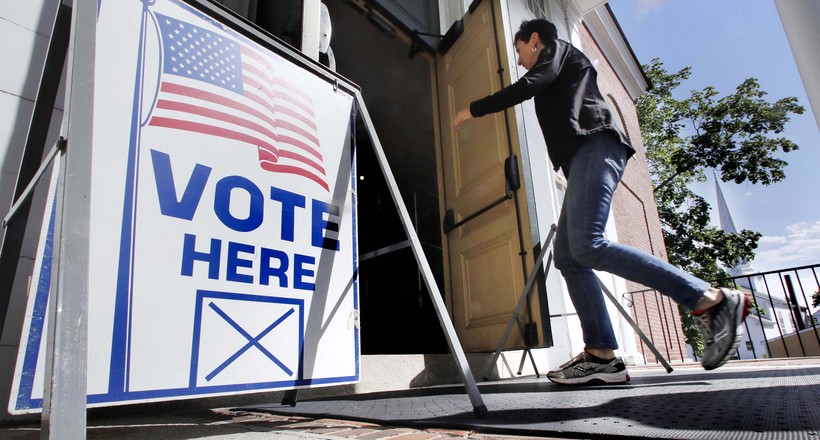 A federal judge has struck down restrictions on early voting passed during last month's lame-duck session of the state Legislature.

The restrictions limited early voting in Wisconsin to the two weeks before an election. In recent years, cities including Milwaukee and Madison have offered several weeks of early voting.

Liberal advocacy group One Wisconsin Now argued the new restrictions violated a 2016 federal ruling on election laws in the state. They appealed to the judge in that case, Judge James Peterson of the Western District of Wisconsin, to block the new law.

Peterson issued a favorable ruling for the group on Thursday afternoon.

"This is not a close question," Peterson wrote in his decision.

The judge also struck down a law passed during the lame-duck session that requires a two-year expiration date on student IDs used for identification at the polls, as well as a law that limits the use of receipts as valid identification for individuals who are involved in a sometimes lengthy process of getting a valid state ID without a birth certificate.

"We saw voters respond incredibly when voting was expanded in Wisconsin — voters stepped up, they saw the ability to vote and they voted," she said.

Eicher said the ruling will allow communities to continue to provide "the kinds of voting experiences that they need."

Early voting in Wisconsin has increased steadily since 2016. More than 547,000 absentee ballots were cast in the state for the 2018 election, which set a new record for early voting turnout for a midterm election, according to the Wisconsin Elections Commission.

Republican supporters of the early voting limitation argued it was unfair that some parts of the state offered several weeks of early voting while others, particularly rural areas, couldn't afford to do so.

They also said the new law was not in violation of Peterson’s 2016 ruling, which said restricting early voting to 10 days before an election was unlawful.

"Although (the new law) expands the early voting window slightly, it is still a 'state-imposed limit on the time for in-person absentee voting,' so it violates the injunction," he wrote.

Members of the Republican leadership in the Legislature didn't immediately respond to requests for comment on the ruling.

Former Gov. Scott Walker signed the early voting restriction into law in mid-December, about three weeks before he left office.

"We have to make sure folks have the opportunity to participate in our democracy. That’s why I believe we should be making it easier for Wisconsinites to vote, not harder," Evers said. "I’m glad to see that a federal court has again struck down Republicans’ unconstitutional attacks on our right to vote."

The lame-duck session garnered national attention, including from a group headed by former U.S. Attorney General Eric Holder, which joined in the suit against the early voting changes.

"Today’s court ruling is a victory for the citizens of Wisconsin and a rebuke to their defeated former governor and his cronies in the state Legislature," Holder said Thursday. "Every voter in the state should be asking one question: why are Republicans in the Wisconsin Legislature so afraid of the people they claim they want to represent?"

Though the law can't be enforced now, the case is pending appeal before a federal appellate court.