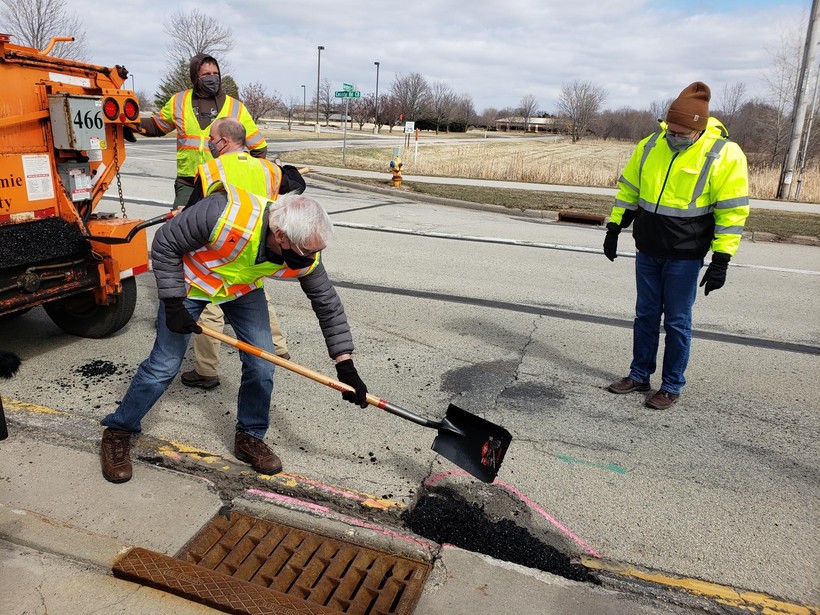 An influx of pandemic-related federal aid to state and local governments is helping clear a backlog of needed road improvement projects in Wisconsin.

The state Department of Transportation recently announced a COVID-19 relief plan passed by Congress in late 2020 will allow the state to complete 42 highway projects valued at nearly $150 million in the next two years.

"The funding was able to fill in for the lost revenues we had (in 2020) because of gas tax revenues being lower than usual due to decreased traffic," said DOT Secretary Craig Thompson. "It allowed us to not only not have to cut back on projects, but to advance 42 projects earlier than was previously anticipated."

Most of the 42 projects involve replacing or repairing bridges or resurfacing state highways.

During 2020, Thompson said all 375 road projects the state was planning moved forward, and some were completed ahead of schedule and under budget.

Thompson said the state is still assessing if aid from the Biden administration's $1.9 trillion American Rescue Plan Act can be used on road improvements.

"We're never in a situation where we’re going to feel it’s all fixed, but between the last (state) budget, where we had the biggest increase in transportation in a generation that’s allowed us to stop the decline in conditions, both on our state system and getting the locals more money for their system," Thompson said.

Then, there's President Joe Biden's $2 trillion federal infrastructure proposal where Wisconsin might share with other states more than $100 billion for bridge and road repairs.

Crumbling roads have been a problem for years for towns, villages, cities and counties in the state, but there's some evidence the approach in the last state budget has started to address the situation.

The state of Wisconsin has offered $75 million in one-time grants for each of the last two years to help local governments start to deal with transportation repairs.

Fedderly said the grant program has been a good start to addressing the transportation needs of local governments, but they remain so far behind that it will take years to catch up.

He said he expects local transportation projects to get more federal money for road funding. Fedderly said they don’t know how much aid is coming yet, but he’s been advising the state’s 72 counties to get ready.

"Don't sit on your hands and wait for the numbers. There will be something. When we get the money from the feds, it goes to Wisconsin DOT, DOT says, 'OK, counties, this is how much (transportation aid) your share of that is,'" he said. "Don’t wait. Hand them a project, say,'This one is ready.' If they’ve got more, (money) you hand them another project."

But even if short-term road construction needs are being met, there still is no consensus on a long-range plan to fund transportation needs in the state — one of the main reasons the state's Infrastructure Report Card rating is so bad in the first place.

Wisconsin’s road woes are years in the making, and there’s been a great political divide about how to fix the issue.

After proposing a gas tax increase that was rejected by a Republican-controlled Legislature two years ago, Gov. Tony Evers’ proposed 2021-23 state budget doesn’t include proposals to shore up long-term transportation funding.

"I think (a long-range plan) is evolving. I think teleworking is going to increase as a result of coming out of the pandemic. All these new technologies are coming," Thompson said. "Even if everything else remains the same, if the vehicles that are on the roads are (increasingly) electric, and we’re charging the gas tax to fund the system, that’s a disconnect. We’ve got a system that’s largely built out, I think we need to focus our dollars on fixing what we currently have."

Thompson said right now he likes a concept known as Vehicle Miles Traveled, a user-based fee that would take into account the number of miles a driver travels each year, as a way to help fund road and bridge construction in the future. The more miles you drive, the more you pay.

"I don't think 10 years from now, the gas tax is going to be the same sort of source of a user fee that it is today," he said.