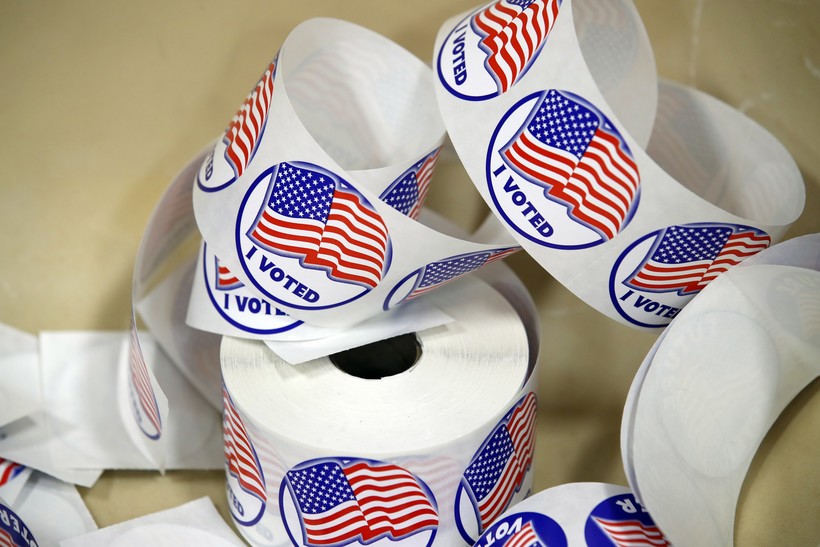 Panel Of Judges Mostly Side With State Republicans Ahead Of November Election
By Shawn Johnson
Share:

A federal appeals court has reinstated Wisconsin's Republican-authored limits on early voting, ruling more than three years after it heard the case and just months before the next presidential election.

While the ruling won't affect the mail-in ballots used by more than half of Wisconsin voters in the state's last pandemic election, it will restrict in-person absentee voting, one of the tools some cities used in April to reduce the size of crowds on election day.

It overturned significant portions of two decisions handed down at the district court level in 2016, one by Judge James Peterson, the other by Judge Lynn Adelman. Peterson was nominated by President Barack Obama and Adelman by President Bill Clinton.

It was Peterson who struck down limits on early voting in 2016, writing at the time that the limits intentionally discriminated based on race.

Easterbrook disputed that, writing in a 27-page decision that the legislators who wrote the law were motivated by voters' politics, not race. He said that was allowed because of the U.S. Supreme Court's 2019 decision that found federal courts could not decide partisan gerrymandering lawsuits.

"Legislators are entitled to consider politics when changing the rules about voting," Easterbrook wrote.

"Early voting is not a fundamental right in itself; it is but one aspect of a state’s election system," Easterbrook wrote. "As we have stressed, Wisconsin’s system as a whole is accommodating."

While Monday's ruling means early voting won't be as widespread in some cities as it was before, in-person absentee voting will still be allowed for 13 days, starting two weeks before Election Day and ending no later than the Sunday before the election. Republicans passed the latest parameters on early voting in the December 2018 lame-duck session. Peterson blocked them in January of 2019, but Monday's ruling restored them.

The 7th Circuit's ruling also reinstated several other Republican-backed laws, including a ban on faxing or emailing ballots to voters and a requirement that someone live at an address for at least 28 days to vote for an office other than president or vice president.

In a possible win for Democrats, it upheld Peterson's ruling that college students can use expired student IDs for voting.

Easterbrook did not explain why the court took more than three years to rule on the case.

Shortly after the ruling was publicized, Democratic Party of Wisconsin Chairman Ben Wikler criticized it on Twitter, saying Republican-appointed judges had ruled against voting rights, and some voters would pay the price more than others.

"Wisconsin already has some of the most permissive election laws in America and today's ruling ensures that Wisconsinites have equal access to the polls regardless of where they live," Hitt wrote on Twitter.

Rick Hasen, a professor of law and political Science at the University of California, Irvine, said Easterbrook's ruling had suggested, "in a very troubling way, that making it harder to vote on the basis of party is perfectly acceptable."

The court also sent part of the case back to district court to oversee changes to voter ID rules who lack the documents needed to get an ID for voting. It did not specify which district court judge would hear the dispute.