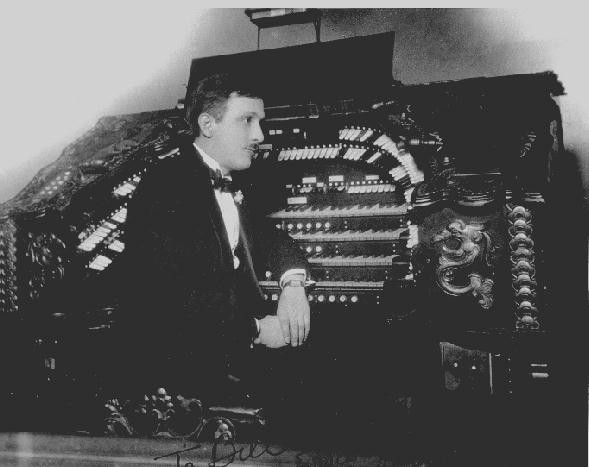 Father Of Wisconsin Waltz Born This Week In 1893

The composer of Wisconsin’s official state waltz, "The Wisconsin Waltz," was born this week in Waupaca in 1893.

Born Aug. 1, 1893, Ethwell "Eddy" Hanson was entranced with music from a young age. Overhearing his neighbor’s phonograph, Hanson would try to mimic the rhythms on his mother’s pots and pans. Perhaps for the sake of the family’s sanity, his parents bought him a piano, which he began playing at age 8.

Hanson didn’t have much interest in classical music, preferring the popular rags and two-steps of his era. He often spent his time composing his own tunes rather than working on his lessons. At 12, he joined the local orchestra as its pianist.

Hanson also fell in love with the organ and worked throughout high school in Neenah and, later, at college in Appleton as an organist at movie houses. He also played at dances and other functions. At some point, Hanson also learned saxophone.

Although he published his first piece of music at 17 (and would write more than 300 in his lifetime), Hanson’s big break came with "Rattlesnake Rag" in 1917. The song was rewritten for honky-tonk piano in the early 1950s and became a jukebox staple. Hanson’s original had another surge in popularity in 1981 when it was used in the soundtrack for the Warren Beatty film "Reds."

Hanson’s musical talents got him a U.S. Navy gig as a performer during World War I. He toured the country promoting war bonds along with movie stars Douglas Fairbanks and Mary Pickford. Toward the end of the war, Hanson became a saxophone soloist for John Philip Sousa’s band, touring the United States and Europe.

After the war, Hanson moved to Chicago where he continued to study music and learned the pipe organ. In 1923, he launched his career as a radio organist on WDAP (now WGN) and continued to work in radio until 1948. It was a fortuitous move as the "talkies" put many theater organists out of business.

Hanson worked with stars like Gene Autry, Kate Smith, Rudy Vallee and Red Skelton. He played the theme and background music for shows like "The Romance of Helen Trent" and "Fibber McGee and Molly."

In 1951, Hanson composed "The Wisconsin Waltz."

"Music from heaven throughout the years

Favorite song of the pioneers

Song of my heart on that last final day

When it is time to lay me away

One thing I ask is to let them play

The song was adopted as the official state waltz in 2001.

Hanson retired to Waupaca in the 1960s, but he didn’t stop playing. He performed at supper clubs, often playing the piano with one hand and the organ with the other before he died in 1986.