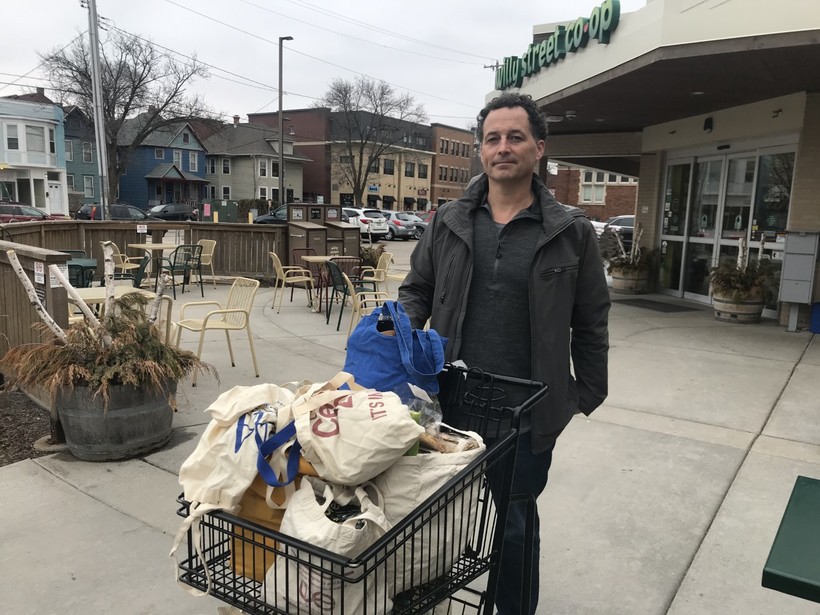 Aaron Jossart, of Madison, said he was hoping to find a daily routine with his family during time off school ordered by the state as part of the effort to slow the spread of COVID-19. Miranda Suarez/WPR

Across The State, People Were Stocking Up For Weeks At Home
By Rob Mentzer
Share:

Grocery shelves were depleted across the state as people stocked up in anticipation of a period of weeks when schools, public gatherings and many workplaces in Wisconsin were to be shut down.

And Wisconsinites around the state were confronting emptied shelves at local grocery stores as they readied for long periods of staying at home. State officials have ordered cancellations and asked people to refrain from going out in public in many cases as a measure to slow the spread of COVID-19.

Orlando Thomas, of Sparta, was surprised to see the store's shelves so bare. He says he'll follow experts' advice about social distancing, but he sees some signs of panic.

"You go to Walmart and all the toilet paper on all the shelves is gone," he said. "I mean, it is serious, but I think people are overreacting a little too much." 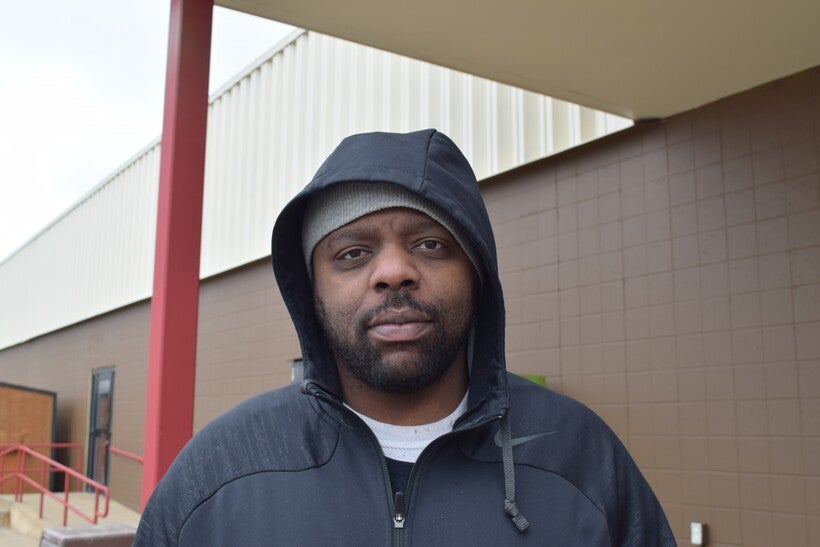 Frustration about shelves empty of paper goods was a common theme.

"I went into Walmart to pick up just a couple of things to make sure I didn't run out," said Geri Leis, of Sparta. "I thought, well, I'll get one pack of toilet paper. No, it's all gone. People are just nuts."

"It's a shock to see everything cleaned out — but, you know, it's reality. So cope with it and deal with it," Sprain said. 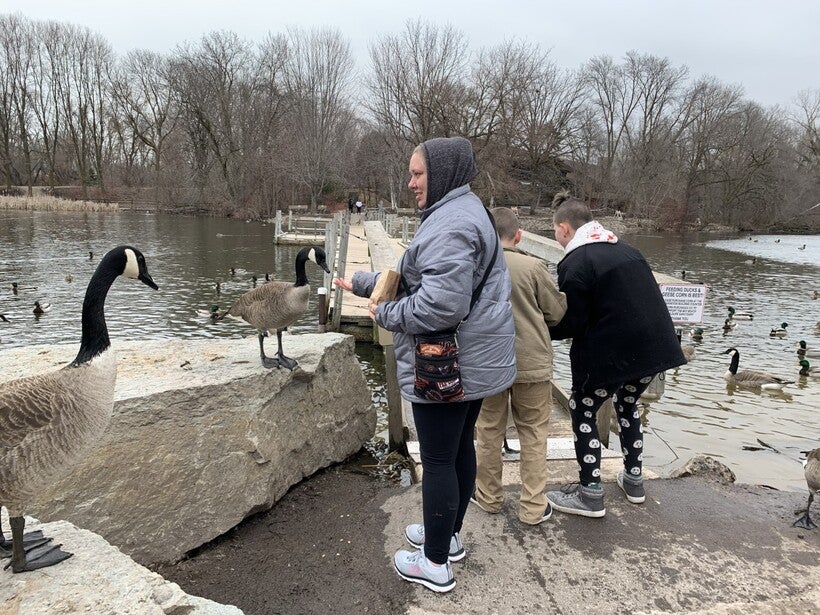 Bobbi Jo Scholz took a friend's children to Bay Beach Wildlife Sanctuary in Green Bay on the first day of school cancellations as part of the effort to slow the spread of COVID-19, March 16, 2020. Megan Hart/WPR

On a day when state officials ordered the cancellation of gatherings of more than 50 people, Bobbi Jo Scholz, of Green Bay, had taken a friend’s children to Bay Beach Wildlife Sanctuary.

Outdoor play isn't considered high risk, though health officials advise parents against play dates and playgrounds, if they are crowded or highly trafficked, that could be a risk.

In Madison, Erica Kauten, a retired former program director at the University of Wisconsin-Extension, wore disposable rubber gloves while she was out for a walk. Kauten, who is 76, said she’s canceled travel. She said she's been heartened by the way her neighborhood has come together amid the crisis, turning a Little Free Library box into a makeshift food pantry for dry goods, and communicating with neighbors about others' needs. She's readying herself psychologically for a period of relative isolation, too.

"It's a moment in time where I'm not going to be out and about, doing errands and the kinds of regular, routine things I do," she said. "So maybe I can take advantage of that and hibernate, and maybe think about things I don't normally think about."

Aaron Jossart, a teacher at Madison East High School, hoped to find ways to continue to do community volunteering with his own 15- and 8-year-old kids during the time off school — though whether that would be possible was uncertain. And he said he’ll try to give them a daily schedule for learning at home.

"We're trying to make sure they are occupied enough to not go insane, and not drive us insane," Jossart said. "We're trying to incorporate a daily routine in all the chaos."