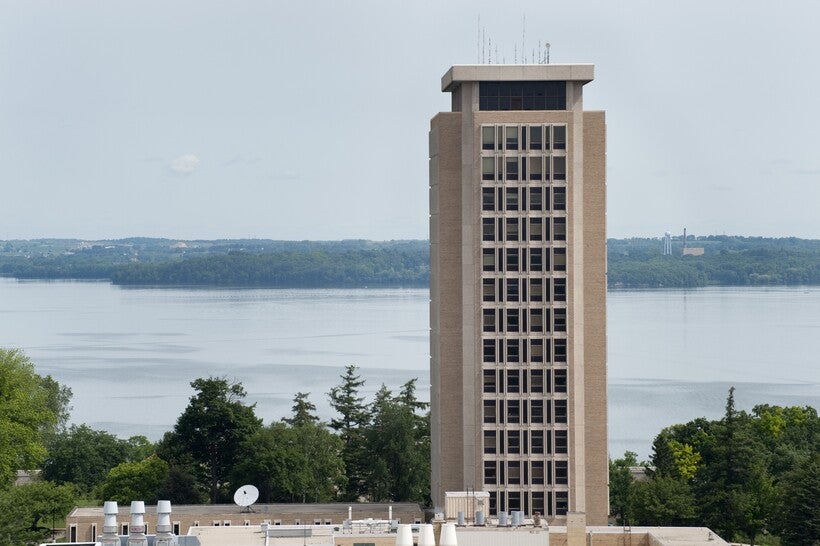 Gov. Tony Evers said last week he plans to appoint three new members to the University of Wisconsin Board of Regents before its June meeting, weeks after two board members with expired terms voted on major policies and contracts.

During a special meeting May 7, outgoing UW System President Ray Cross outlined a proposal to eliminate duplicate degree programs among state campuses other than UW-Madison and UW-Milwaukee. The meeting also included votes on a change to a freshman admissions policy and campus contracts with outside vendors.

Prior to the discussion, UW Regent President Drew Petersen mentioned two board members whose terms expired May 1 would join the group for official business.

"As the governor is still reviewing potential new members to the board, we're pleased to have with us today regents Jason Plante and Torrey Tiedeman for one more meeting," said Petersen. "An unexpected extra meeting has provided us with one more opportunity to work together."

Janice Mueller, a former regent whose term also expired May 1, didn't join the meeting. An email to Mueller asking why she didn't participate wasn't returned by deadline.

Michael Ford, an associate professor of public administration at UW-Oshkosh, said letting past board members with expired terms stay on and continue voting is "extremely unusual in local and state government."

Ford also said it's unusual Evers hasn't yet appointed replacements for the three vacant seats, even if the COVID-19 pandemic response has kept him busy.

"Certainly, for something as important as overseeing the UW System, which is one of the largest budget lines in the Wisconsin state budget, it is, at least for me, somewhat surprising to see that there is nobody appointed to those positions," Ford said. "(It) seems pretty important."

Nick Fleisher, president of the Wisconsin chapter of the American Association of University Professors, wrote in a series of tweets Tuesday he was "equal parts baffled and enraged" by the lack of new appointments and the continued participation of the former regents. He noted the former regents were both appointees of Gov. Scott Walker and asserted Evers "knows how crucial it is to replace them."

In an interview Tuesday with Wisconsin Public Radio, Evers was asked if he planned to fill the three vacant seats on the Board of Regents before its next scheduled meeting on June 4.

"We're working on that as we speak," said Evers. "So, yes, we will hopefully have that within a week or two at the very, very most."

The May meeting wasn't the first time a regent with an expired term has acted in an official capacity. In 2019, former regents sat on two chancellor search committees.

After former UW-Whitewater Chancellor Beverly Kopper resigned in December 2018, regent Regina Millner joined the committee that would recommend Kopper's replacement. While Millner's term expired on May 1, 2019, and her replacement Edmund Manydeeds began his seven-year term the next day, Millner stayed on the search committee until the board picked Dwight Watson to lead the university on May 23, 2019.

When former UW-Stout Chancellor Bob Meyer retired in August 2018, former Board of Regents President John Behling appointed himself to the search committee to replace Meyer. Behling's term ended May 1, 2019, and Evers appointee Karen Walsh took the seat the following day. Still, Behling stayed on the search committee until November, when the board approved Katherine Frank as the new chancellor.

Under state statute, members of boards appointed by the governor have fixed terms that expire May 1.

When asked why regents with expired terms were able to stay in official capacities, UW System spokesperson Mark Pitsch sent a statement that said the legal foundation for the system's position is rooted in a 1964 Wisconsin Supreme Court decision.

"The UW System's longstanding position has been that a confirmed Regent may 'hold over' past the expiration of their term until such time as a new Board member is appointed by the Governor, at which time those Regents have historically stepped down," wrote Pitsch.

The 1964 case involved gubernatorial appointments to various state boards made while the state Legislature was out of session. Among their findings, justices decided that "incumbent" members of state boards could hold their respective seats until those appointed to replace them were confirmed by the state Senate.

Ford said the university system's reliance on a legal precedent from more than 50 years ago suggests there's a "lack of definition" in state statute.

"It would suggest to me that there's probably a policy solution that needs to be implemented here where there's some clarity," he said.

Currently, the search is underway for a new system president to replace Cross, who announced in October his intention to retire after his replacement is named this summer. In October 2017, the board changed its policies on how the system president is picked. Under the new rules, the president of the Board of Regents has wide discretion over the makeup of the committee and the process it follows.

The committee formed by Petersen in November consists of eight members, including two chancellors, one provost, three current regents and two "regent emeritus" members, as described by the UW System. They include Teideman, the former student regent whose term ended earlier this month, and Milliner, whose term ended more than a year ago.