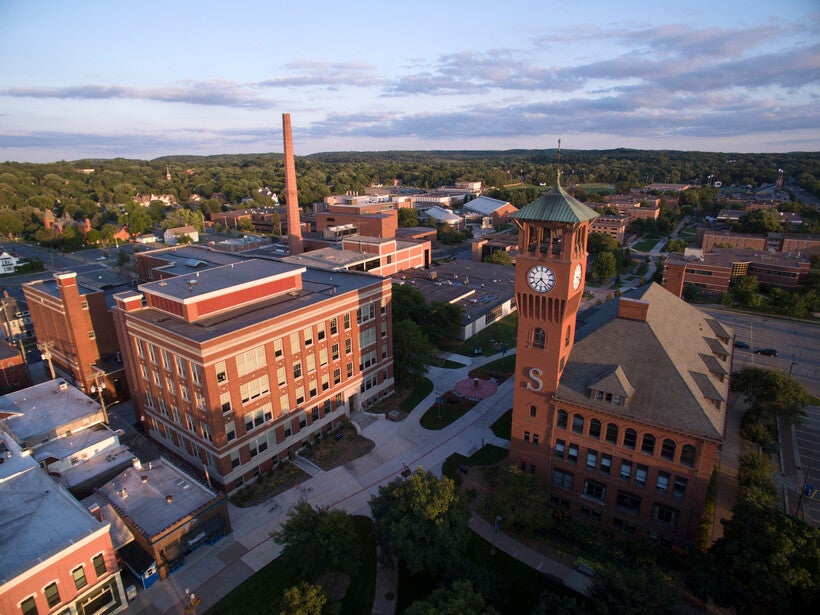 The University of Wisconsin-Stout campus. Photo courtesy of UW-Stout

A new chancellor has been named for the University of Wisconsin-Stout. Katherine Frank of Central Washington University will take the reins of the Menomonie campus March 1, 2020.

In a special meeting of the UW Board of Regents, Frank was unanimously approved to be the next chancellor of the state’s only polytechnic university. Frank is Stout’s first female chancellor and replaces former Stout Chancellor Bob Meyer who retired Aug. 18. 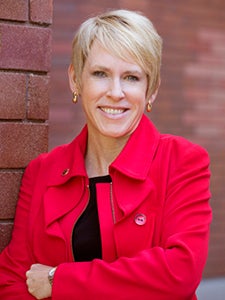 Frank has served as a provost and vice president of academic innovation at Central Washington University. Prior to that she was a dean at North Kentucky University and chair of English and foreign languages at Colorado State University-Pueblo.

"Dr. Frank has demonstrated throughout her academic career that she is a strategic, dynamic leader," said UW System President Ray Cross in a press release. "She handles challenges extremely well. Her visionary perspective on the future of UW-Stout will serve the institution and the state of Wisconsin very well."

In an interview with WPR, Frank said she was impressed with Stout's 98.7 percent job placement for new graduates. She called the placement rate "simply incredible."

"I love the mission of the institution, the way that the institution describes itself as a comprehensive polytechnic that focuses on career readiness, applied learning, collaboration but also has deep understanding of the liberal arts as part of that experience," said Frank.

Frank said she plans to listen and learn from stakeholders before and during her first months as chancellor.

"That’s the only way you get to know an institution and the community that surrounds and supports it," Frank said. "So, I think there’ll be a lot of work setting the groundwork for relationship building, for deeper understanding, for understanding what exists and what doesn’t exist, where gaps exist."

Julie Bates-Maves is an associate professor at UW-Stout who co-chaired the search committee that ultimately recommended Frank. She told WPR that during a campus visit and presentation, Frank generated a lot of excitement among search committee members, students, faculty and staff. Bates-Maves said that’s because Frank is an excellent communicator who has done her research about UW-Stout and how it fits into the local economy and greater UW System.

"I think what I’m most excited about and what I’ve heard from people all across campus is how good of an advocate she’ll be for us in a time when we really, really need that," said Bates-Maves. "And I think that will be at the local level and all the way up to the state level."

Bates-Maves also said that Frank’s role as the school's first female chancellor is important for the campus.

"That will bring new energy and we’ve already seen that, that she’s different. She’s an outsider. I think fresh ideas always come when you have a fresh perspective," Bates-Maves said.

UW Regent Jason Plante of Eau Claire also served on the chancellor search committee. In an interview with WPR he said Frank will tout UW-Stout's role as the only polytechnic university in the state "really, really well."

"She’s a very passionate, enthusiastic-type leader," said Plante. "When she was on campus two weeks ago to do her all day campus interviews, she overwhelmed the staff and the students and the faculty and really brought a renewed sense of excitement to the campus and really won everybody over."