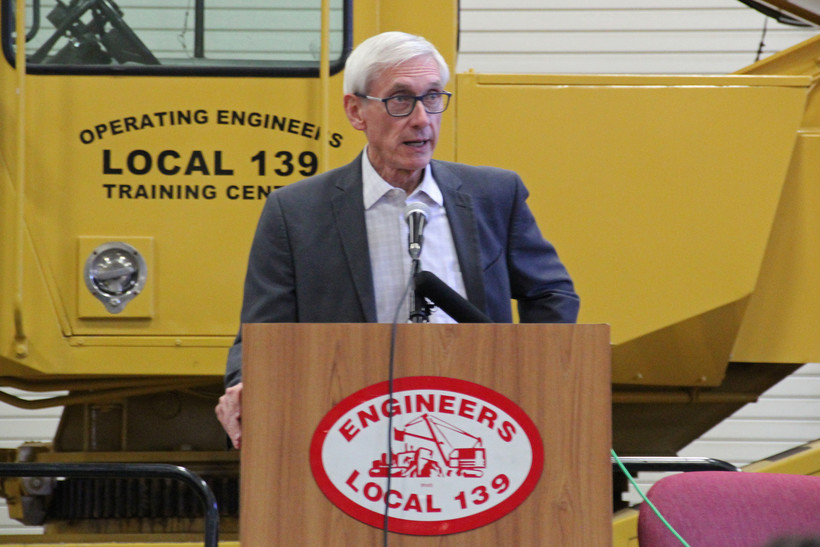 Evers Low-Key On GOP Efforts To Limit His Power

The Democratic Gov.-Elect Said He Wants To Talk To Legislative Leaders Before He Comments
By Shawn Johnson
Share:

Democratic Gov.-elect Tony Evers kept it low-key Wednesday when asked about Republican efforts to limit his power before he takes office, saying he needs to know more about the GOP plans before he takes a position.

Evers also reiterated his pledge to work with Republicans when it comes to road funding, saying he would not offer a specific solution until others have a chance to weigh in.

The remarks by Evers were his first public comments since Republicans floated the idea of reducing his power in a lame-duck session. Details so far have been scarce, but Assembly Speaker Robin Vos, R-Rochester, said that could mean reducing Evers' control over the board for the Wisconsin Economic Development Corp. Vos also said it could mean preventing Evers from making changes to Wisconsin's voter ID law.

Evers' campaign has attacked the moves as power grabs, but Evers took a more conciliatory tone Wednesday when asked whether there were any steps Republicans could take that would cross a "red line" for him.

"It's hard to say," Evers said. "I'm looking forward to having discussions with legislative leaders, maybe even before the session starts to kind of see what exactly they mean by curtailing those powers. So I'm not in a position right now to say there's a 'red line' or a 'line in the sand.'"

Evers spoke to reporters after addressing a crowd of high school students considering a career in the construction industry. The event was hosted by the Wisconsin Operating Engineers Local 139, a road-building union that endorsed Evers in his gubernatorial bid.

Evers said he was confident he'd help the state find a long-term transportation funding solution, but he said it would be up to members of both parties to decide what it would include.

"It's my plan to bring people together to develop that proposal," Evers said. "Not to say, 'Here's my solution, let's jump on that.' It's going to be we have this problem obviously. Where can we find common ground moving forward."

Evers said he hoped to convene that group either toward the end of his transition period or shortly after his inauguration in January. Governors typically introduce their budgets in February.

Evers also pledged to move forward with the education budget he introduced as state superintendent of public instruction that would spend $1.4 billion on schools.