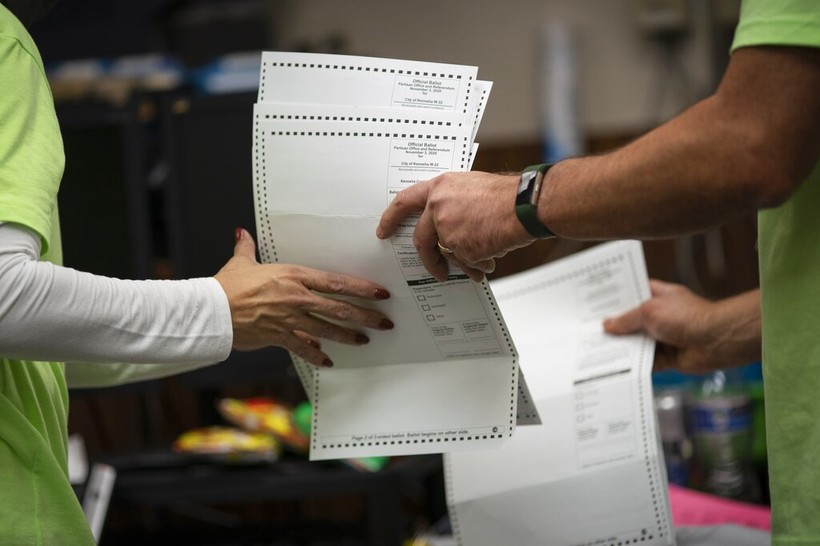 Evers has a slight lead over Michels in Wisconsin governor's race, per Marquette Law School poll

Results from both races are within the poll's margin of error.

In the law school's poll released Aug. 17, Evers led Michels by four percentage points among those who said they were certain to vote, which was also within that poll's margin of error.

At the time, the Michels' campaign hailed the results as proof that "Tony Evers is in trouble" and noted that support for the construction executive had risen quickly in the polls after he entered the race for governor in late April.

Michels defeated fellow Republican and former Lt. Gov. Rebecca Kleefisch during the Aug. 10 primary after he received the endorsement of former President Donald Trump. Through Aug. 6, Michels used his considerable wealth to boost his message via TV campaign ads by loaning his campaign nearly $12 million of his own money.

Michels has hammered Evers as promoting "soft on crime policies." More recently, his campaign railed against the governor for overseeing the state parole commission's release of convicts.

Meanwhile, the Democratic Party of Wisconsin has been attacking Michels for his support of Wisconsin's 1849 ban on most abortions and for appearing at a campaign event with former Wisconsin Supreme Court Justice Michael Gableman, who oversaw a review of the 2020 presidential election. A report from Gableman suggested state lawmakers should consider decertifying the state's election results.

"Where they have changed, they've just changed by small percentage points in fairly small groups of folks," said Franklin.

In what has become one of the most closely watched U.S. Senate races in America, the Marquette poll found Johnson has a 1-percentage-point lead among likely voters over Barnes, though Franklin said with the poll's margin of error taken into account the race is a "tossup."

Of likely voters, 49 percent said they will support Johnson and 48 percent said they'd support Barnes. That's a shift from Marquette's Aug. 17 poll, which showed Barnes ahead by seven percentage points among voters likely or certain to vote in November.

When broken down by party, Tuesday's results showed Johnson leading among likely voters identifying as independents with 48 percent saying they'd pick the senator and 46 percent choosing Barnes. That's a significant shift from the August survey, which showed Barnes with 52 percent and Johnson with 38 percent among independents. Franklin said the shift wasn't surprising.

"Barnes faced very little criticism during the Democratic primary," Franklin said. "There weren't attack ads from his primary opponents, and then at the end the party coalesced behind him."

Johnson's campaign and Republican political action committees have run numerous TV ads claiming Barnes wants to "defund the police" and end cash bail. Barnes' campaign has, in turn, attacked Johnson with claims that the senator is a "pro-outsourcing multimillionaire" who has voted in the past for a federal abortion ban.

Ahead of the 2020 presidential election, Wisconsin polls missed badly, overestimating Democratic President Joe Biden's lead in the race by about 8 percentage points compared to the razor-thin margin of Biden's victory in the state. A recent New York Times article called the state "ground zero for survey error" in 2020.