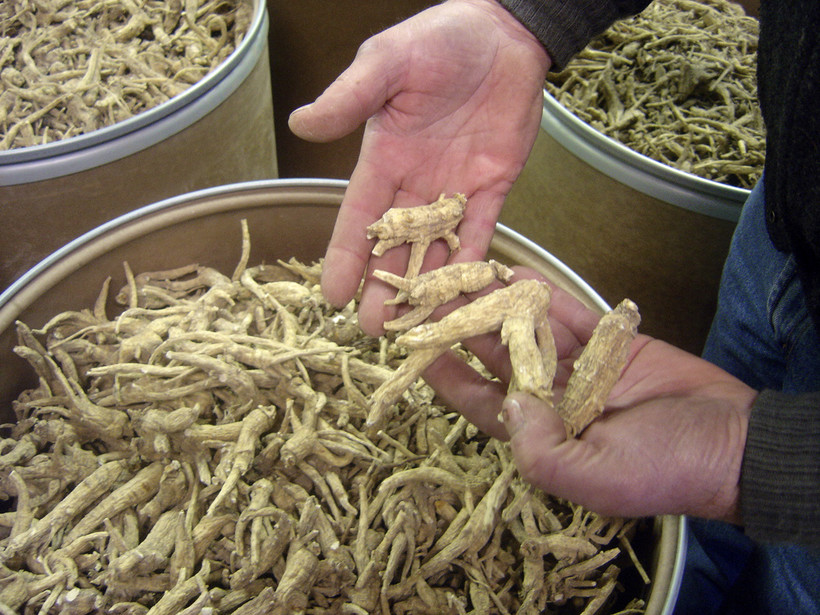 Wisconsin’s ginseng farmers now face tariffs of 38 percent and up on their exports to China and the escalating trade war has the potential to reshape a key economic pillar of central Wisconsin agriculture.

That was the message Will Hsu, president of Hsu’s Ginseng Enterprises, brought to a panel discussion Tuesday night in Wausau on how United States-China trade tensions are being felt by central Wisconsin farmers.

Wisconsin ginseng is considered the best in the world and it commands a premium from Chinese buyers who make up the majority of the market. But U.S. growers, who are overwhelmingly centered in Marathon County, face growing competition from Canadian and Chinese ginseng farms. In retaliation against the Trump administration’s across-the-board tariffs on Chinese goods, China’s government has ratcheted up tariffs on some U.S. goods.

One result: an increase from about an 8 percent import tax to one of more than 38 percent in just over a year, Hsu said.

"It creates a shock to the system," Hsu said. "The longer-term ramifications will mean there will probably be fewer ginseng farmers. There will probably be less supply because no one's going to want to continue to grow these products if you can't make a living doing it."

President Donald Trump has said his decision to impose tariffs on Chinese goods will pressure the country to offer better terms to American farmers and manufacturers. Negotiations between the two countries broke down last month, and are expected to restart next week at a G20 summit in Japan. A U.S. negotiator in a congressional hearing Tuesday said the U.S. may increase its tariffs again if no agreement is reached, further escalating the trade war.

A tariff is a tax on goods imposed by the country that imports them. The cost generally shows up in the form of higher consumer prices on those goods. For ginseng, in some cases, Hsu said Chinese buyers expect the U.S. farmer to absorb the added cost.

"In some cases, the buyers are saying the farmers should just take the hit from the tariff," Hsu said. "You’ve seen farm prices to the farmer decrease by well over 30 percent. That makes it difficult to pay your bills (and) difficult for farmers to continue this type of livelihood."

Panelist Ian Coxhead, a professor of agricultural and applied economics at the University of Wisconsin-Madison, said the Trump administration’s approach to fighting a trade war makes little sense. There are real issues that need to be resolved in the two nation's trade relationship, Coxhead said, citing widespread intellectual property theft by China as one of those.

"But what we’re doing now by applying tariffs across the board on every product coming from China, and in turn inviting retaliation from China on every product sold by the United States," he said, "is equivalent to my wife and I disagreeing about who does the dishes, and I say, 'Forget it, I’ll burn down the house.'"

Ginseng brings in some $30 million per year to central Wisconsin farmers, Hsu said, and the main beneficiaries of the tariff are the Chinese and Canadian competitors who may be able to attract more consumers with lower prices.

And if consumers switch to a cheaper substitute, Hsu said, the risk to American growers is that they, "may never come back to Wisconsin ginseng."

Editor's note: WPR was an event sponsor of the panel, which was co-organized by the Wisconsin Institute for Public Policy and Service and the UW-Madison Center for East Asian Studies. The event was held on the campus of the UW-Stevens Point at Wausau.