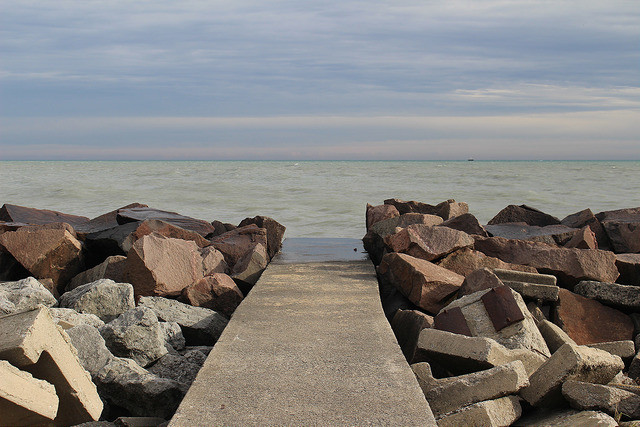 Group Has Been Involved In Lawsuit With DNR Since May
By Corrinne Hess
Share:

An environmental law center suing the state Department of Natural Resources over the decision to divert water to Foxconn Technology Group for its manufacturing plant says the company's change of plans should put the water diversion on hold.

Midwest Environmental Advocates in May challenged the DNR's approval of a city of Racine request to divert 7 million gallons of water per day outside the Great Lakes Basin.

Sarah Geers, an attorney with the group, said the reason that Foxconn needed so much water was to manufacture LCD screens. This week, Reuters reported Foxconn might be moving away from manufacturing television screens and would instead focus on engineering and development.

"Plans for the site have changed in fundamental ways since this project was first pitched to the public," Geers said. "In light of these dramatic changes, we are carefully evaluating how Foxconn’s new plans affect the city of Racine’s planned diversion of Great Lakes water."

A DNR spokesman said the department hasn't received a request to modify or rescind the diversion approval so it remains valid.

Geers said while the Foxconn changes are being evaluated, the group will continue with the lawsuit as planned. Midwest Environmental Advocates filed a brief with the judge overseeing the case in December. The city of Racine filed a brief this week.

Geers said she expects a decision within the next few months.

Greg LeRoy, who heads the organization, said the DNR should immediately stop the water diversion in light of the most recent Foxconn news.

"Struck me as unusual to begin with and any environmentalist should be concerned," LeRoy said. "And now, presumably, the company won’t need that waiver. The question is how much the county and the local authorities (have) already paid for the infrastructure. They should make them whole."