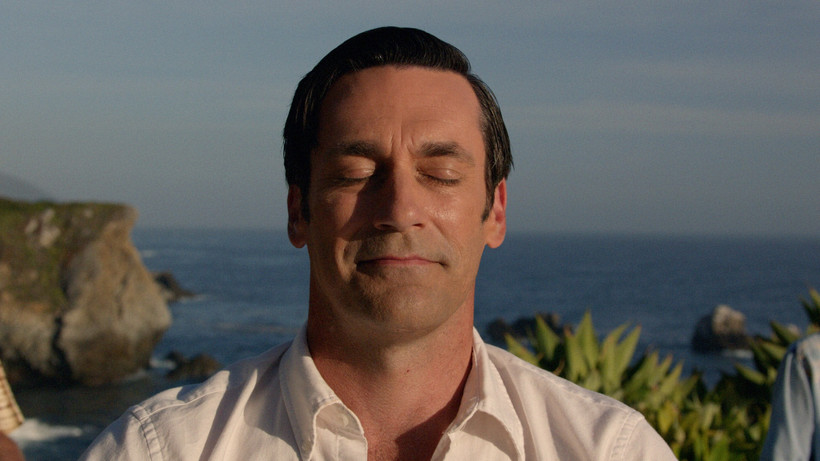 The Enduring Awe And Legacy Of 'Mad Men'

It’s natural at the end of a decade to reflect back on what’s been accomplished or what has changed. You couldn’t be on social media during the last days of 2019 and not see people sharing their live's metamorphoses.

You have to wonder if, nearly 50 years from now, some burgeoning TV auteur might create a series that captures the 2010s with the same comprehensive fervor that Matthew Weiner did with his '60s epic, "Mad Men" (2007-2015).

Weiner had famously written the pilot of "Mad Men" as a speculative screenplay, or a non-commissioned screenplay, that landed him a gig as a writer for HBO’s "The Sopranos." After "The Sopranos" ended, creator David Chase encouraged Weiner to pursue the project and the result was one of prestige television's era-defining shows.

Television critic Matt Zoller Seitz is the author of the compendium book "Mad Men Carousel: The Complete Critical Companion" which compiles previous and freshly written recaps of all 92 episodes of Weiner’s masterpiece.

Seitz, along with his "The Sopranos Sessions" and "TV (The Book)" co-author — and Rolling Stone’s chief television critic — Alan Sepinwall joined WPR’s "BETA" to share what made "Mad Men" so special.

"It operates simultaneously on at least five levels at the same time in pretty much every scene," said Seitz.

"Mad Men" was ostensibly a show about advertising in a bygone era that followed the life and career of enigmatic ad man, Dick Whitman under his stolen identity of Don Draper. The show’s meticulous detail and production design found big audiences initially with its humorous and jarring anachronisms and the trendy rebirth of retro fashions. However, as the series progressed over the next eight years, its layered and historical storytelling approach completed a pop culture portrait of one of America’s most dynamic epochs.

"That covers a time span of 1960 to 1971. And that was a period of enormous societal change, not just within the white upper middle class, which is the main sort of demographic segment represented on the show, but also within all of these social groups that occasionally intrude on that sphere," said Seitz.

The title of Seitz’ book derives from the finale of Season 1 in an episode titled "The Wheel." In the episode, Draper makes a pitch to Kodak for their new slideshow projector and dubs it The Carousel. It’s a powerful scene that’s often cited as the moment the show went from good to great and one Sepinwall argues is instrumental to understanding the main character of the show.

"He goes in and he gives this presentation where he talks about nostalgia being more important than forward thinking," said Sepinwall. "He starts showing these slides of his family and it's like doing this presentation, he's really seeing his own life for the first time and he's realizing how much he's been missing and how little he appreciates this thing. He's a stranger in his own existence and by the end of it, he's fallen in love with this family that he thought he wanted to run away from, and he goes home, and they're not there."

"This is something that Don does time and time again as he reaches into his own life, often into his own pain, and he extracts something that makes for good advertising and often he wins awards for it," adds Seitz. "He's better in advertising than he is as a person. The version of him that finds its way into the campaigns is always an idealized version. Then we see the rotten reality when he goes home."

Covering one of the most transitional decades in American history can be difficult. Sepinwall and Seitz argue that the show’s strength is that it treats the audience’s foreknowledge of these monumental historical events as tool to create a fresh angle. Take the assassination of John F. Kennedy for example, which the entirety of Season 3 builds up to and tackles in the penultimate episode, "The Grown Ups."

"One of the things I thought was great about the show was when they were dealing with major events of the time. It was very rare that they would do an episode that was just about that event and everybody reacting to something on TV. They always found a way to mix it up like in 'The Grown Ups,' some people are reacting to the coverage of the Kennedy assassination. There are other characters who seem completely unaffected by it. And there are other characters that don't even know that it happened until after the fact," said Seitz.

Weiner and his writers also wisely eschewed having a character stand in for modern audiences to project common day attitudes or narratives to avoid sexist and racist realities.

"They also mostly avoided the tendency of a lot of historical fiction to give you one or more characters who represented the quote-unquote, 'modern perspective,'" said Seitz. "I think it's a much more honest thing to do to try to construct a world that feels true based on what you know about the period and let people decide how they feel about that."

The pair argue that this comprehensive, layered, historical storytelling hasn’t really been replicated since "Mad Men" wrapped five years ago and why it still holds up as something approaching art versus a television show.