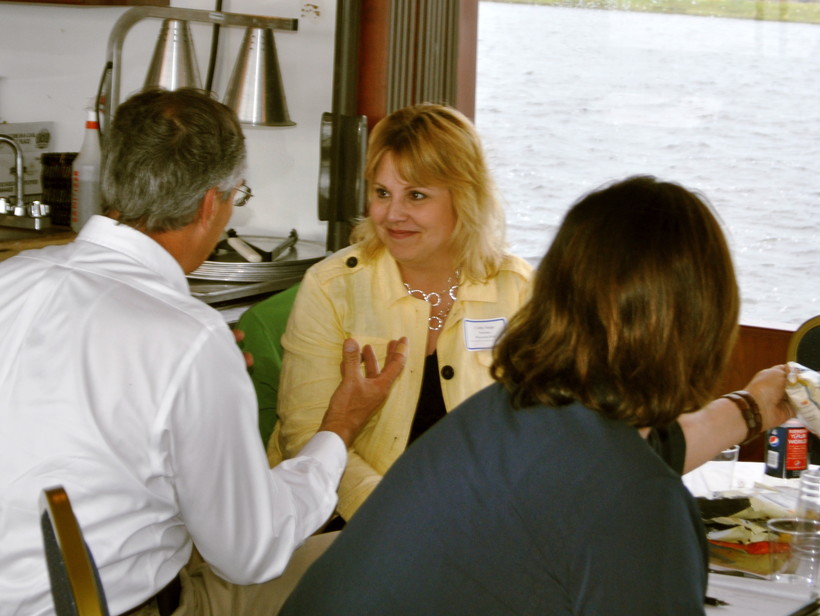 Department of Natural Resources Secretary Cathy Stepp revealed at a DNR Board meeting on Wednesday that the agency removed people who were staunchly opposed to wolf hunting from the state’s Wolf Advisory Committee.

While a lot of the public discussion during the meeting was about a new wolf hunting quota, some of it was also about a change over the last two years in the makeup of the DNR’s advisory committee on wolves.

Stepp confirmed what her critics have alleged: that wolf hunting opponents were by and large kicked off the committee.

“When we’re charged to manage and to implement a hunt, coming in and telling us, ‘Don’t hunt wolves,’ is not a productive way to run a committee, frankly,” said Stepp. “That’s just the candid way to lay it out. We had to have people who were willing to work with us in partnership, and be willing to help us and advise us along the way in implementing state law.”

Rachel Tilseth of Wolves of Douglas County Wisconsin was a volunteer DNR tracker of wolves for about a dozen winters, and attended a few meetings of what used to be called the Wisconsin Wolf Stakeholders Group. Tilseth testified about the wolf hunt proposal during Wednesday’s meeting.

She later said she didn't care for Stepp's remarks.

“I was just appalled that somebody like Cathy Stepp, who’s in charge of this important issue, is saying something like that,” said Tilseth. “It sounds to me like it’s a committee that they want made up of wolf-killers.”

Several DNR staff are on the recently created Wolf Advisory Committee, as are representatives of several pro-hunting groups. A smaller number of wolf hunting skeptics also remain on the committee, including a representative of the Great Lakes Indian Fish and Wildlife Commission.