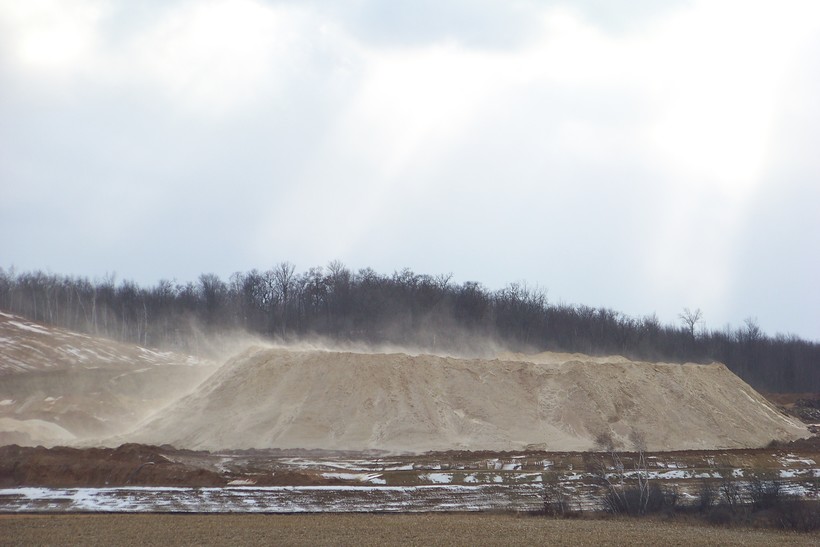 The Wisconsin Department of Natural Resources has agreed to review — and possibly overturn — an administrative law judge’s ruling stating the agency acted improperly when it issued wetland permits to a controversial frac sand mining project.

Meteor Timber has been working since 2016 to build a $75 million frac sand mining and processing operation in Jackson and Monroe Counties.

Defort’s ruling said the DNR didn’t have enough information to determine the environmental impacts of the project or whether Meteor Timber’s mitigation plans were adequate to offset the destruction of the rare wetlands.

Shortly after the judge’s decision, Meteor Timber said it would petition DNR Secretary Dan Meyer to review the findings and ultimately overrule them.

The company said the review was necessary because Judge Defort made "factual errors" in his ruling because many of his findings were contradicted by conditions set by the DNR in its original wetland permit and an amended permit issued last summer.

After the DNR announced it had granted Meteor’s petition to review the ruling, Meteor Timber project manager Chris Mathis released a statement praising the secretary:

"We are pleased Secretary Meyer will review the decision reached by the Administrative Law Judge. We worked with the DNR and U.S. Army Corps for over 30 months to develop a comprehensive mitigation plan with a mitigation ratio of nearly 40 to 1. Equally important, is that this project if approved creates and preserves 630 acres into perpetuity, which can be enjoyed by hunters, fisherman and ATV enthusiasts. The Secretary’s review of the decision is the next step in the process to bring this $75 million investment that enjoys unanimous local support to realization."

Environmental law firm Clean Wisconsin objected to Meteor Timber’s petition for DNR review. In a letter to the DNR the group said the request went beyond the secretary’s authority and that "having the DNR overrule a judgment against itself would be of "dubious legality."

Clean Wisconsin, Midwest Environmental Advocates and members of the Ho-Chunk Nation of Wisconsin have opposed the Meteor Timber sand mining project from the beginning. After the DNR announced it would review the administrative law judge’s decision a group statement was released.

"We do not believe that DNR should have granted this review. DNR should have exercised its more traditional level of respect toward the independent administrative law judge. Integrity of independent judicial review is at risk when DNR becomes the judge of its own actions," the statement read. "Further, DNR’s legal authority to overrule an ALJ’s decision is highly questionable as we expressed in our letter to the agency last week. We believe that the ALJ’s ruling was correct and will continue fighting to protect these rare and valuable wetlands, regardless of the venue."

David Strifling of Marquette University’s Water, Law and Policy Initiative said in an interview with WPR that state statute is clear on allowing the DNR secretary to review administrative law judge decisions and that the case could eventually end up in circuit court.