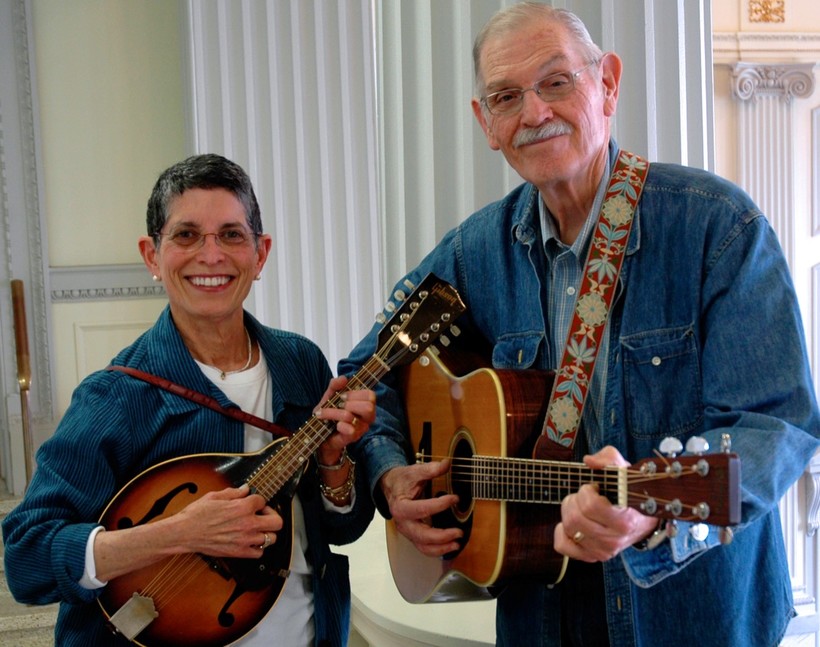 Bill Malone first fell in love with country music when he heard his mother singing songs while growing up in the 1930s on an eastern Texas cotton farm. The Madison resident and renowned country music scholar has forged a distinguished career out of the study and deep appreciation of country music, and his 1968 book, "Country Music, U.S.A." is widely considered the definitive work on the musical genre.

Malone recently told WPR's "BETA," that country music was "the first music (I) had ever heard." And that this music provided a way for his mother to cope "with a semi isolated existence on an east Texas cotton farm."

In 1939 Malone’s father brought home a battery-powered Philco radio which introduced Malone to the "hillbilly" singers of the era, which would later serve as building blocks for a long career as a musician and music scholar.

Upon hearing these singers, Malone remembered seeing them as a paradox:

"In one sense I thought of them as being exotic beings ... they sang about the Texas plains and the southern mountains and about lonely hobos. They seemed like a world far from what we were experiencing. But at the same time, they seemed like they could be brothers or cousins. They sounded like us, and they went out of their way to create a family feeling. They made us think we were part of the family."

In 1954, Malone enrolled at the University of Texas and also started to play country music at parties and in the ramshackle honky-tonks that dotted the Austin music scene. One night Malone remembered seeing a young woman singing at a beer joint named Threadgill's. He recalled a group of musicians showing up from the University of Texas Folk Music Club called the Waller Creek Boys. Among the people who were singing in the group was Janis Joplin.

"It was easy to see from the very beginning that she had a voice that surpassed any that we had," Malone said.

While at college Malone stumbled across the "Anthology of American Folk Music," a diverse collection of blues and folk music recordings from 1926 to 1933 that were musically defining for artists such as Bob Dylan, Joan Baez and Bruce Springsteen.

Hearing these recordings was a turning point in Malone’s trajectory in pursuing a career in music.

"It gave a validity for what I’d been singing and I was now beginning to treat it as an academic exercise," he said.

As Malone pivoted to the academic study of music, his supervising professor presented him with the idea to write about the history of Nashville publishing.

"And I thought, 'You mean you can actually write about something you love?' That’s unheard of!" Malone said.

Malone happily accepted the idea but expanded its scope, branching out into writing a general history of American country music, from its folk music beginnings, to eventual radio commercialization.

His work was ultimately published in 1968 as "Country Music, U.S.A." and the comprehensive book is used in many classrooms today as the definitive history of American country music. In researching and writing the book, Malone said he felt a sense of urgency to assemble a historical record of the music he loved so much.

"I felt like the general history (of country music) needed to be told quickly because I wasn’t sure what was going to happen to this music," he said. "Rock 'n' roll had come along first with Elvis in 1954, and then record companies began looking for people who sounded like Elvis. There was a period of time when traditional country music as I knew it virtually disappeared from the jukeboxes and radio DJ shows."

Malone’s unique position of straddling both the academic and performance worlds of country music gave him a distinctive perspective when writing about the genre, and its shortcomings. Bill and Bobbie Malone hosting the "Back To The Country" radio show. Photo courtesy of the Malones

During his time as a professor, Malone met his future wife and longtime music partner, Bobbie, at a music venue in Austin. She first saw him on stage singing an Ernest Tubb song. As the two continued their relationship sparked by a shared love of country music, Bill recalled:

"She learned I had a mandolin in the closet, and she wanted to be a part of what I was doing," he said. "So we got the mandolin out of the closet, and a friend taught her a few chords on it. And we did our first show at a Presbyterian church."

Bill and Bobbie continue to perform music together today at various venues in Wisconsin, and they currently co-host a weekly country music radio show on WORT-FM in Madison.

"In today’s scene I look for people who don’t necessarily imitate the past, but build upon it. They have a sense of roots, they seem to have a sense of reverence for the working class roots of the music. And then they take that and make their own sound."

This fall, documentary filmmaker, Ken Burns will release his latest film, "Country Music." The documentary series will feature Bill as a consultant and historical authority on the genre. When asked about the experience of recording his interviews in New York, and later visiting Burns’ studio in New Hampshire for a pre-screening of the film, he recalled:

"It was a wonderful experience. Almost everybody was tearful by the time it was over. For one thing, to think of all the people that you see on the screen who have died since the filming began. In my case I was tearful because (my mother), was the person to introduce me to this music. And to me it's her culture, and I'm just pleased that I'm able to keep it alive and to document it. (Watching the film) was a validation of my life’s work and of the music that I've always loved."