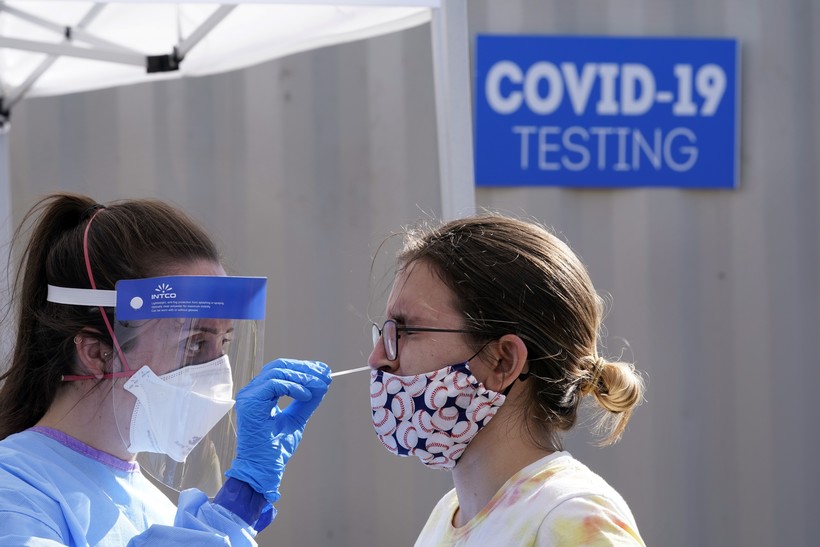 New reports of COVID-19 cases are on the rise again in Wisconsin, based on the latest data published by the state’s Department of Health Services.

DHS reported 981 new cases of the virus on Tuesday, bringing the average for the past seven days to 727 daily cases, the highest it's been since August 20.

One week ago, the average was 666 daily cases.

The DHS confirmed on Monday that the Wisconsin Electronic Disease Surveillance System, which local health departments use to report COVID-19 cases, was "down for a bit" on Sunday. It did not say how that outage would impact the numbers on Monday or Tuesday. Public Health Madison and Dane County tweeted about the system outage, and said case numbers would look "artificially low" on Monday, and that Tuesday's numbers would "change considerably" to reflect cases not included on Monday.

The latest figures bring the overall total of positive cases in Wisconsin to 76,584, according to the DHS. A total of 1,130 people in Wisconsin have died from COVID-19, with eight new deaths reported on Tuesday.

According to DHS, 8.3 percent of all test results reported on Tuesday were positive for COVID-19, bringing the overall percentage of positive tests over the past seven days to 8.5 percent. That represents a slight increase in the seven-day positive average, which had stayed below 8.4 percent since August 28.

Wisconsin's daily testing capacity — based on the availability of test supplies and adequate staffing — has grown from 120 available lab tests in early March to 26,591 as of Tuesday. The number of actual people with test results reported on Tuesday was 11,844.

There have been confirmed cases in all 72 of Wisconsin's counties. Based on the data from last Wednesday, all counties reported cases over the two-week period.