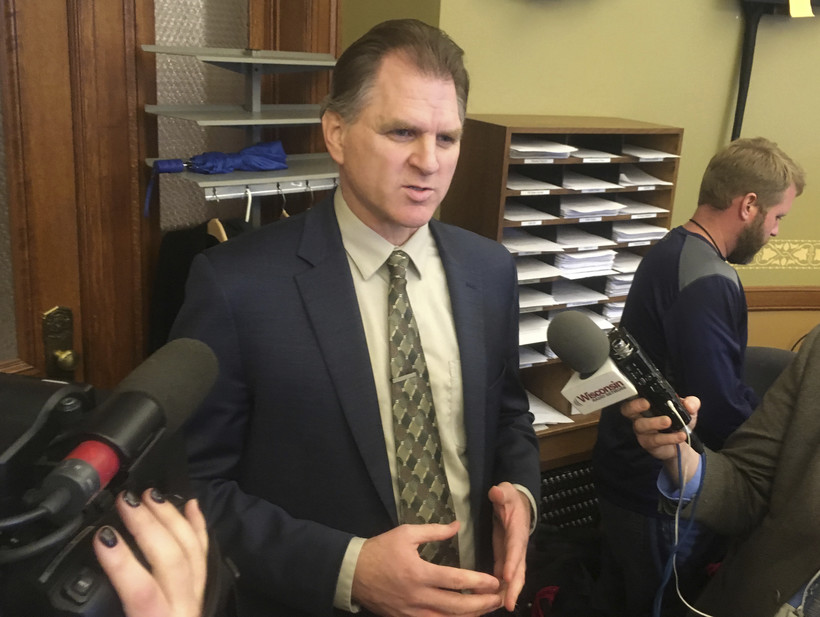 The Wisconsin Elections Commission still won't hire a new interim administrator to lead the agency despite a warning from the Senate's top Republican that the Legislature could soon make the choice for them.

Their decision leaves Mike Haas at the helm of the agency over the protest of GOP senators who voted along party lines to reject his confirmation last week.

The state Elections Commission voted 4-2 Wednesday against a motion by Republican member Dean Knudson that would have appointed a new interim administrator and begun the search for a permanent hire.

While the commission is split evenly between the two major parties, Republican appointee Beverly Gil joined the commission's three Democrats to table the motion and keep Haas in charge. The same 4-2 split of commissioners defeated an identical proposal last week.

But this week's vote came after a warning from Sen. Majority Leader Scott Fitzgerald, R-Juneau, that if the elections commission won't hire someone new to run the agency by March 9, the Joint Committee on Legislative Organization would pick someone for them. That panel is run by a majority of Republicans.

"I don't understand why we would want to delay on getting going on what I view as being inevitable," said Knudson at Wednesday's meeting.

"There isn't necessarily any need to act immediately today," Jacobs said. "I think it is unlikely we are going to get national level people who want to come to Wisconsin understanding that the Senate can simply not act on it and if they get this position and irritate the Senate, they're canned."

Jacobs said any administrator would have a metaphorical sword hanging over their head "if they veer from one political party's view of what this position should be doing."

When senators voted against Haas, they cited his work for the now-defunct Government Accountability Board. Republicans voted to disband the GAB in 2015, largely because of its role in an investigation of Gov. Scott Walker's campaign and other Republicans.

The Senate also voted against the confirmation of Wisconsin Ethics Commission Administrator Brian Bell, although Bell decided not to fight that decision, returning to his old job as a budget analyst at the state Department of Safety and Professional Services. The state Ethics Commission voted 5-1 Thursday to keep Bell's job vacant for now.

While the state Elections Commission's vote to reappoint Haas would keep him as the agency's head until April 30, commission members said they would revisit the decision in early March ahead of the deadline set by Fitzgerald.

Fitzgerald issued a statement suggesting that would not leave enough time to hire someone new.

"I am concerned that today’s decision to delay hiring an administrator will force the Legislature to act, as is required by state law," Fitzgerald said.

Asked after the meeting if he'd want to keep the job on a permanent basis, Haas said maybe.

"I would be inclined," Haas said. "On the other hand, the way everything shook out with the Senate was discouraging."

The DOJ is led by Republican Attorney General Brad Schimel and the DOA answers to Walker.