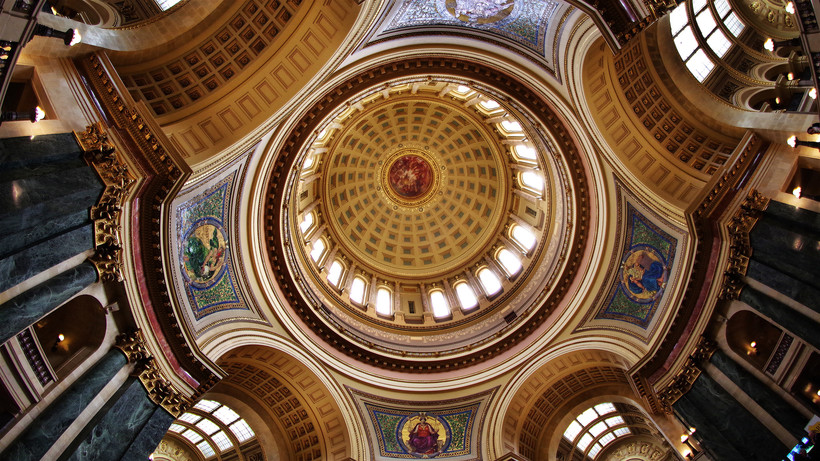 Republicans in the Wisconsin state Senate have voted to fire the state's top ethics and elections administrators because of their connections to the now-defunct Government Accountability Board and its investigation of Gov. Scott Walker.

"I think we have to," said Sen. Majority Leader Scott Fitzgerald, R-Juneau. "I'll never have any confidence in either one of those agencies until that's cleaned up."

Senators voted 18 to 13 against the confirmations of Bell and Haas, leaving vacancies atop both agencies in an election year.

All Republicans voted to oust Bell and Haas, while all Democrats voted to keep them.

Fitzgerald called for their resignations late last year after Republican Attorney General Brad Schimel released a report on leaks in the investigation known as John Doe 2.

Schimel's report criticized the GAB as a partisan agency, but it did not recommend charges against anyone. His report did recommend disciplinary actions against several former employees of the agency, but Bell and Haas were not among them.

Bell and Haas both worked at the GAB, but Bell has said he was not involved in any investigations. Haas has said his involvement in the Walker John Doe did not go beyond routine review of legal documents.

Sen. Lena Taylor, D-Milwaukee, said the findings of the John Doe investigation were far more shocking than how it was conducted.

"How can we not be looking at the facts that this investigation got to the root of people who are still in this building?" Taylor asked.

The Wisconsin Supreme Court eventually shut down the John Doe, ruling that such coordination was legal.

Some backers of Bell and Haas have suggested it's not up to the Senate to decide whether to fire them, arguing that should be left up to their bipartisan commissions to decide.

Haas said after the vote Tuesday that he wasn't sure what was next for him.

"I'm showing up for work tomorrow, the commission will meet, and then we'll take things from there," Haas said.

But Fitzgerald told reporters that Haas' firing was immediate.

"I don't think he's on the payroll anymore, and I think (his) computer has been shut down — his access to his state computer," Fitzgerald said. "Which probably should have happened three weeks ago with the way he's been using it," he added, referencing Haas' push on social media to keep his job.

The Wisconsin Department of Administration confirmed Bell and Haas were no longer administrators, but said they had "restoration rights," commonly referred to as "bumping rights," to their previous state jobs. That means Bell could resume his old job at the state Department of Safety and Professional Services and Haas could work as an attorney for the elections commission.

DOA Spokesman Steven Michaels said Bell and Haas could resume those jobs immediately, but they'd have three months to decide.

But based on Fitzgerald's comments, should Haas remain at the elections commission in a lower capacity, there's a chance his position could be terminated.

Fitzgerald said Republicans would consider reclassifying several positions at the commissions, which would remove their civil service protections. He said there was some question whether the jobs were even necessary.

If the ethics and elections commissions consider reappointing Bell and Haas on an interim basis, Fitzgerald said he hoped they would deadlock, referring to the even split on the boards between Republican and Democratic members.

If the Senate's vote Tuesday is the last word on this matter, it will leave both commissions searching for new administrators one month into an election year.

Sen. Dave Hansen, D-Green Bay, said it was irresponsible for Republicans to put them in that position, especially following Russian interference in the 2016 election.

"You have chosen to put petty politics ahead of our democracy," Hansen said. "Common sense would suggest now might not be the best time to fire the one person in our state who has the most expertise and experience in cyber-security and running elections."

As it became clear that Bell and Haas would face confirmation votes, they took different approaches in the fights to keep their jobs. Haas defended the GAB, while Bell criticized the agency, saying it produced biased findings and allowed an atmosphere of partisanship.

Bell also asked for an investigation of himself in order to clear his name. The Wisconsin Ethics Commission released the results of that investigation Monday, showing there was "not a scintilla of evidence" Bell acted in a partisan manner. The commission agreed to pay up to $25,000 for the investigation.

In the end, the commission's investigation didn't matter to Fitzgerald or other Senate Republicans.

"I thought it was a joke," Fitzgerald said of the Bell investigation. "I thought the whole thing was ridiculous."

Ethics Commission Chair David Halbrooks said he wasn't sure how the commission would proceed in light of the Senate vote, and he wasn't sure who they'd hire if they're forced to replace Bell.

"I think the question is, who is going to apply for the job?" Halbrooks said.