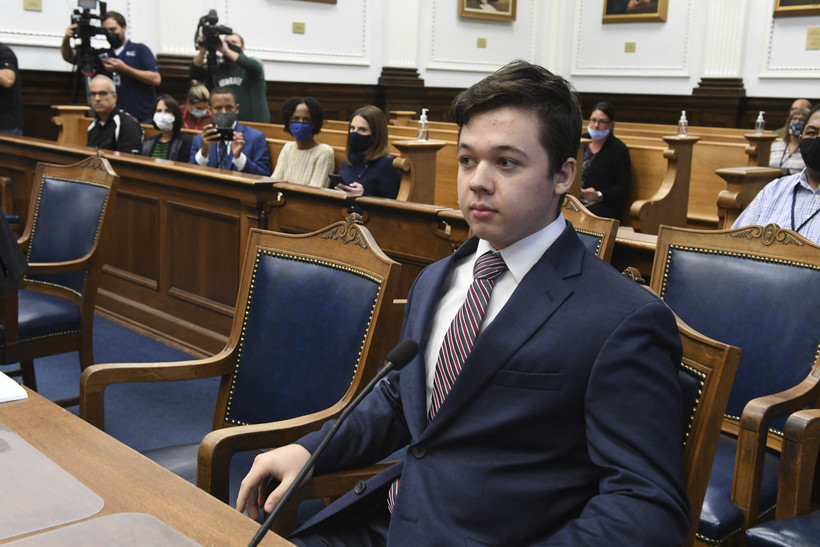 Defense use-of-force expert will be allowed at Rittenhouse trial

A use-of-force expert will be allowed to testify at Kyle Rittenhouse's trial for shooting three people during a protest against police brutality in Kenosha last year.

Rittenhouse, 18, is charged with killing Joseph Rosenbaum and Anthony Huber on Aug. 25, 2020 in Kenosha, as well as wounding Gaige Grosskreutz. Rittenhouse was 17 when he went to Kenosha, armed with a rifle, to respond to protests following the police shooting of Jacob Blake.

Rittenhouse contends he shot the men in self-defense.

During a pre-trial hearing Monday, Kenosha County Circuit Judge Bruce Schroeder ruled to allow the defense to call John Black during Rittenhouse’s trial as an expert witness. Black testified during a motion hearing Oct. 5 that Rittenhouse was in "reactionary mode" when he shot the three men.

Rittenhouse’s attorney, Mark Richards, said Black, who he called a video analyst expert, will only testify on the timing of events, including when the teen got to the area, began shooting, and then surrendered to police.

Prosecutor Thomas Binger said as long as that is what Black is limited to discussing, he would not call his own expert, Robert Willis, a former New Berlin police officer and retired instructor at Northeast Wisconsin Technical College.

During two motion hearings, Binger asked a judge to exclude expert witnesses saying they would confuse the jury.

"This will prolong the trial, there will be two experts that will testify, probably for several hours," Binger said. "There is a risk of confusion here, for some of these issues."

Richards said he's less worried about the length of the trial than about getting it right.

Schroeder also said he’s likely to allow video from a witness showing officers thanking armed civilians and giving Rittenhouse and others water before the shootings.

The defense says this speaks to Rittenhouse’s state of mind. Binger argued against it, saying law enforcement shouldn’t be on trial.

Monday’s hearing was the last before Rittenhouse's trial begins Monday, Nov. 1, starting with jury selection. Schroeder said 34 potential jurors will be chosen, and each side will be allowed to strike seven people for a total of 20 jurors.