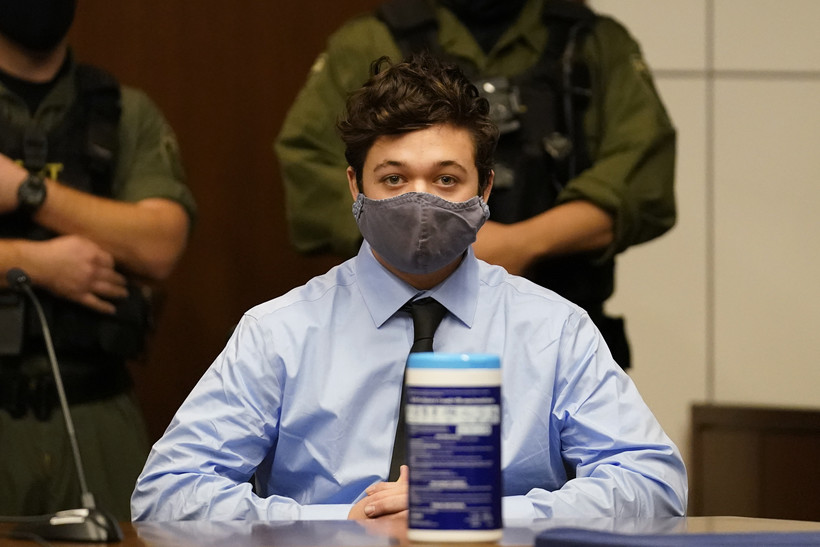 A use-of-force expert testified Tuesday that Kyle Rittenhouse was in "reactionary mode" last year when he shot three people during a protest against police brutality in Kenosha.

Judge Bruce Schroeder listened to Black’s testimony during a motion hearing, while weighing if he'll allow the defense to use the witness at Rittenhouse's trial when it begins next month. After four hours of testimony, Schroeder adjourned without making a decision.

Schroeder did uphold a charge against Rittenhouse that he possessed his gun illegally and denied a request by prosecutors to limit how media cover the high-profile trial.

Rittenhouse is charged with killing Joseph Rosenbaum and Anthony Huber on Aug. 25, 2020 in Kenosha, as well as wounding Gaige Grosskreutz.

Rittenhouse, who was in court Tuesday, has pleaded not guilty. His attorneys argue the shootings were in self-defense.

If allowed, Black is expected to testify during the trial that the scene on the night of Aug. 25, 2020, including darkness, fires and ambient gunfire, had an effect on Rittenhouse that could have caused him to shoot his victims.

Black, an Oregon state resident, spoke to the court via Zoom on Tuesday. He said he has consulted on use-of-force cases about 60 times.

Black told the court that after reviewing video footage and sound from the night of the shooting, Rittenhouse’s total gunfire was finished in 5.63 seconds.

Rittenhouse’s attorney Mark Richards asked if the "reactor" was Rosenbaum.

"I can’t speak to Mr. Rittenhouse, but it would be absolutely reasonable," Black said. "I see evidence of Rittenhouse moving away towards his adversary."

The state plans to rebut Black’s testimony with its own expert witness during Rittenhouse’s trial. Another hearing is scheduled Oct. 25.

Rittenhouse was 17 when he went to Kenosha, armed with a rifle, to respond to protests and rioting following the police shooting of Jacob Blake.

Blake, who is Black, was left paralyzed when he was shot in the back by a white police officer. The shooting, found by an independent investigator to be justified, was captured on video and became a national flashpoint.